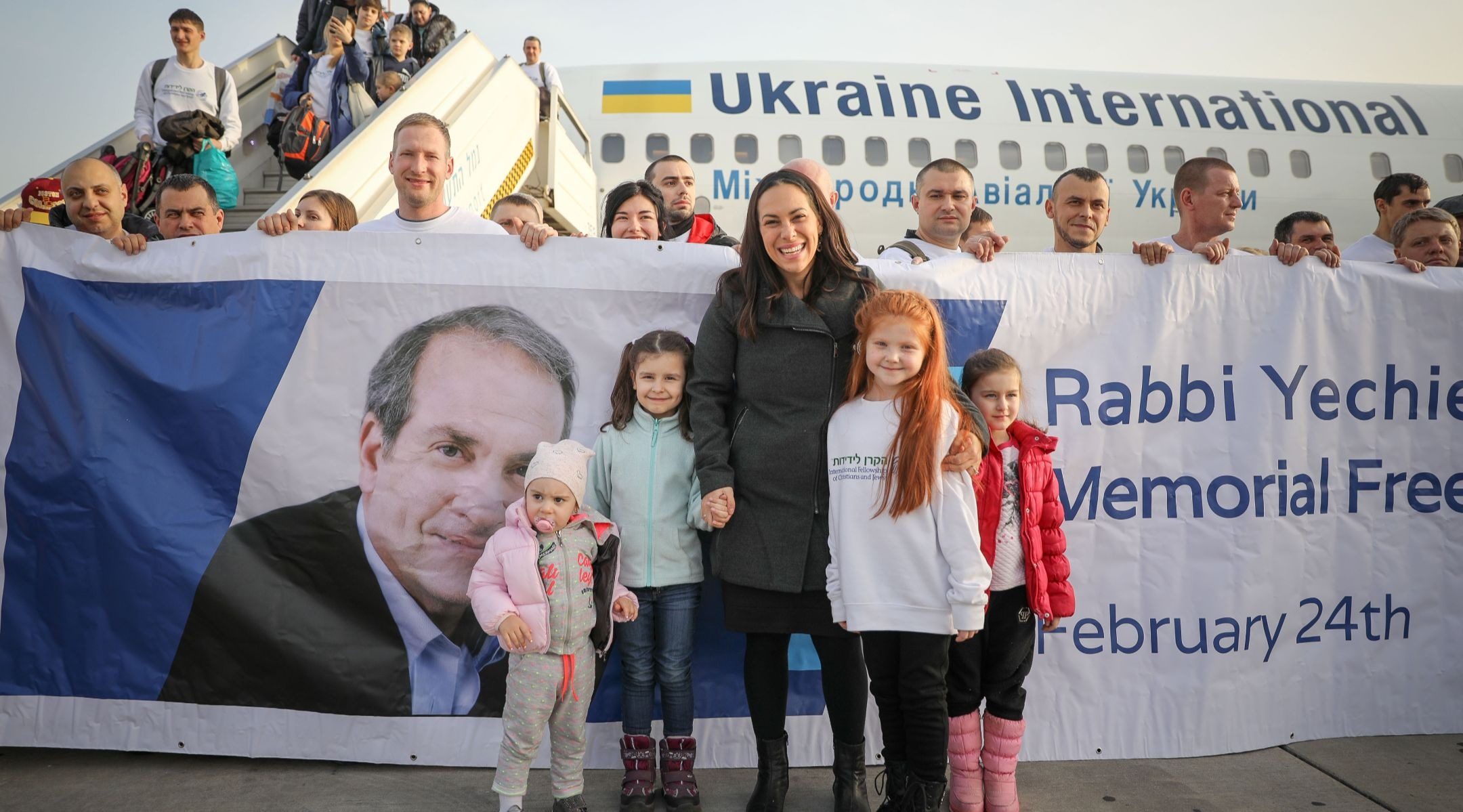 Yael Eckstein greets some of the 243 immigrants from Ukraine on the "Rabbi Yechiel Eckstein Memorial Freedom Flight." (Noam Moshkowitz/IFCJ)
Advertisement

JERUSALEM (JTA) — The International Fellowship of Christians and Jews has canceled its plans to build a $60 million outreach center in Jerusalem for visiting evangelical Christians.

Work on the planned seven-story building in the Talpiot neighborhood, near the U.S. Embassy and with a view from its roof of the Temple Mount, already was underway following a groundbreaking ceremony last year. The building was expected to be completed in 2022.

Rabbi Yechiel Eckstein, the founder and president of the fellowship who died in February, had founded the center as a place to train visiting Christians to combat the Boycott, Divestment and Sanctions movement against Israel and to bring more Christian tourists to the country.

His daughter, Yael, who took over as president of the fellowship following her father’s death, told Haaretz that the group canceled the plans in order to focus on its core mission of helping Jews in poverty and promoting aliyah rather than getting involved in BDS and tourism.

The decision to cancel the project was approved recently by the organization’s board, Eckstein told Haaretz. She called it a hard decision since the project had been her father’s “baby.”

Eckstein said the organization had already spent $14 million on the project, but planned to recoup it through the sale of the building and the land.