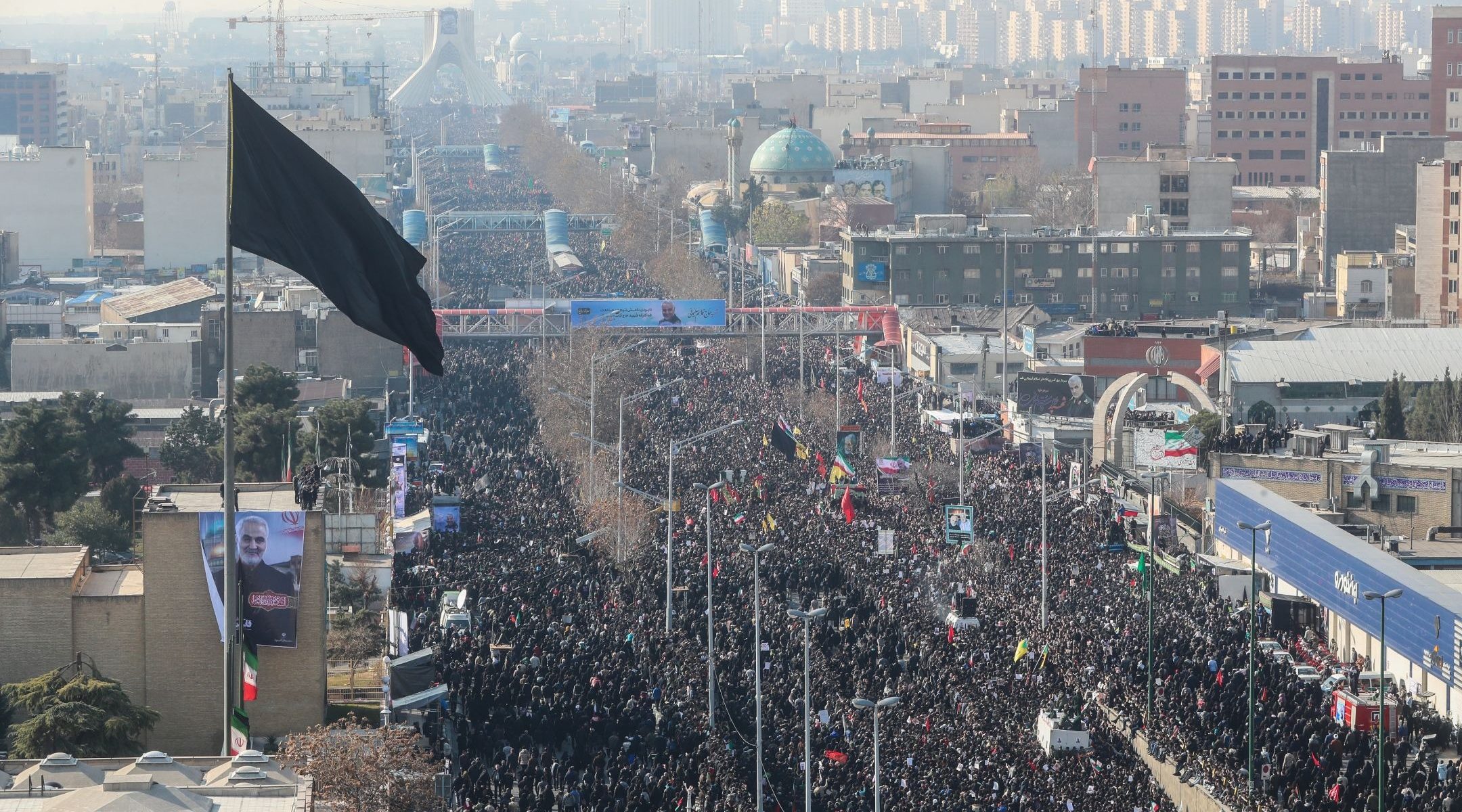 Coffins of commander of the Qods Force of the Iranian Revolutionary Guard Qassem Soleimani and Abu Mahdi al-Mohandes, the deputy head of the predominantly Shia Muslim Popular Mobilization Forces (PMF), and others who were killed in a US airstrike on Baghdad airport on Jan. 3, are carried on a truck surrounded by mourners during a funeral procession, at the Enqelab-e-Eslami (Islamic Revolution) square in Tehran on Jan. 6 2020. (Photo by Saeid Zareian/picture alliance via Getty Images)
Advertisement

WASHINGTON (JTA) — Iran fired ballistic missiles at U.S. military targets in Iraq in retaliation for the killing last week of a top general and warned that if the United States escalates, Iran’s next targets would be U.S. allies, including Israel.

“Iran is warning that if there is retaliation for the two waves of attacks they launched their third wave will destroy Dubai and Haifa,” Ali Arouzi, NBC’s Tehran correspondent, reported on Twitter, where he was relaying official comments from Iran’s state media. The U.S. Sixth Fleet often docks in Haifa.

Iran is warning that if there is retaliation for the two waves of attacks they launched their 3rd wave will destroy Dubai and Haifa.#iran #Soleimani #war

The warning came after Iranian missiles hit two U.S. bases in Iraq on Tuesday. There were no immediate reports of casualties.

Tensions have escalated over the last year between the United States and Iran, as the U.S. intensified sanctions against the country and Iran continued its adventurism in the region.

Arouzi and others on Twitter quoted Iranian media as saying that Iran would not continue its attacks if there were no further U.S. retaliation.