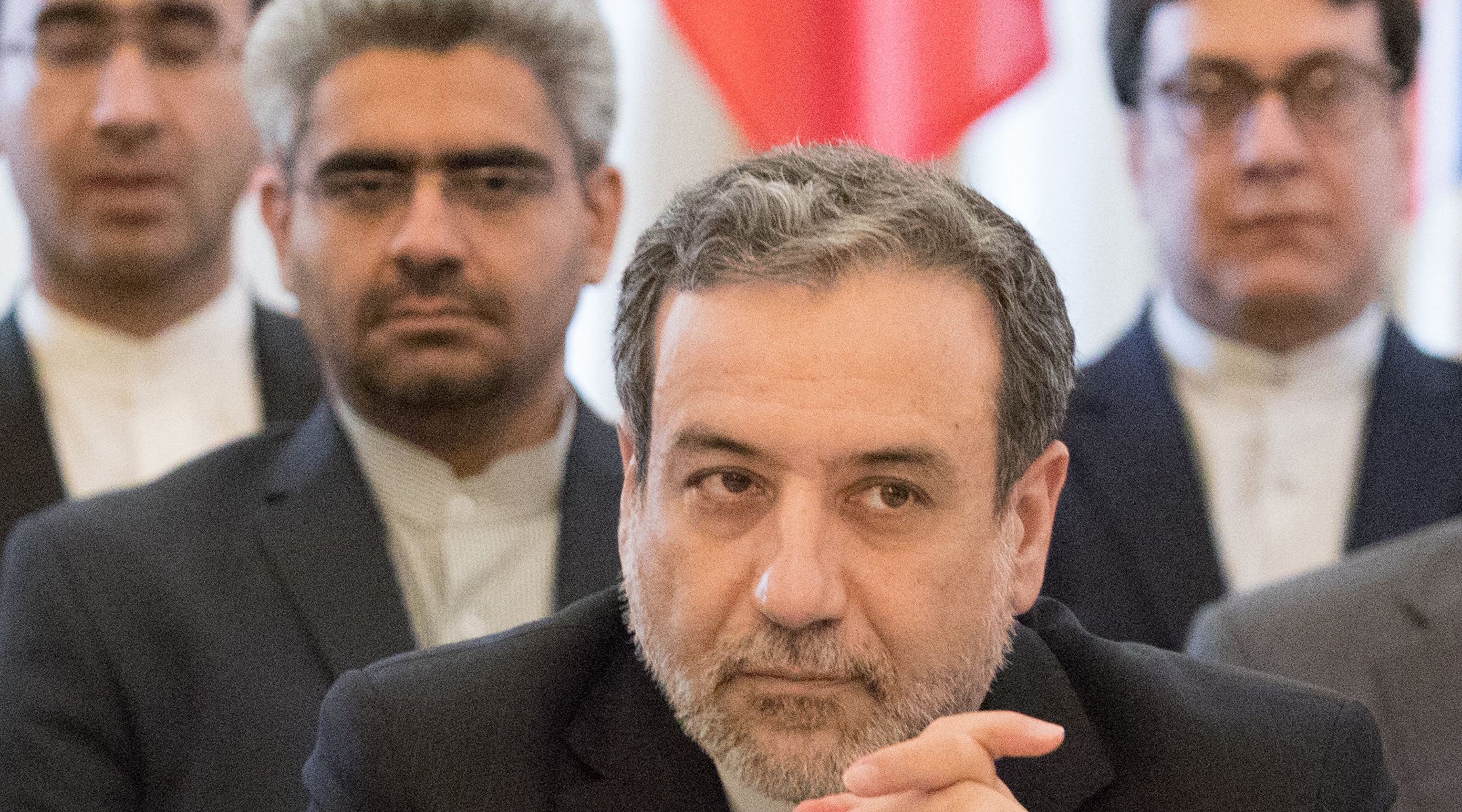 Abbas Araghchi, political deputy at the Ministry of Foreign Affairs of Iran, during a meeting in Vienna on June 28, 2019. (Photo by Alex Halada / AFP)
Advertisement

(JTA) — Officials from Britain, France, Germany, Russia and China asked Iranian counterparts not to abandon the nuclear deal that the United States has left.

The officials, whose countries still subscribe to the 2015 Joint Comprehensive Plan of Action spearheaded by former President Barack Obama, met the Iranians in Vienna on Friday, Reuters reported.

The talks were a “last chance for the remaining parties … to gather and see how they can meet their commitments towards Iran,” Reuters quoted Iranian diplomat Abbas Mousavi as saying. He complained that the deal is falling short of providing the economic benefits envisaged by Iran when the United States was still a party to the deal.

President Donald Trump last year took the United States out of the deal, citing Iran’s expansionism and involvement in terrorism. US sanctions were snapped back on Iran and on international firms conducting business with it.

Israel also opposes the deal, which offers Iran relief from some international sanctions in exchange for its scaling back for 10 years parts of its nuclear program.

The renewed sanctions and other developments have sent the Iranian currency into a free-fall. Traded at 3,500 rial for $1 in 2016, it is now traded at 132,000 to the dollar. Several major firms have left Iran following the US withdrawal from the deal.

The deal specifies several thresholds — limitations imposed on the size and nature of nuclear activity in Iran. Iran said it may enrich uranium to a purity forbidden under the deal unless it is changed to its satisfaction by July 7.