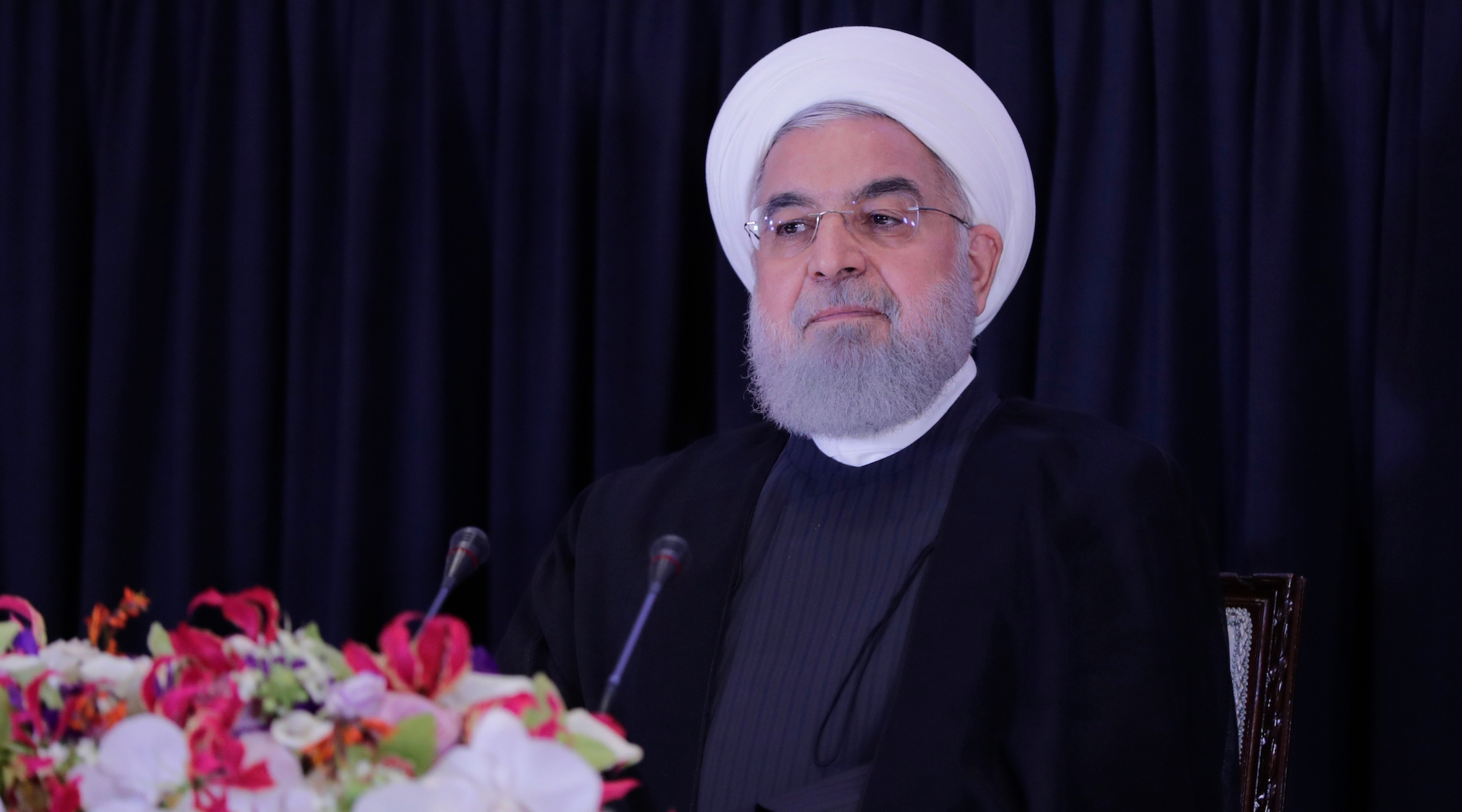 (JTA) — Iran said Monday that it will break the uranium stockpile limit set by the 2015 nuclear deal in the next 10 days.

Since the Trump administration pulled out of the Iran nuclear deal one year ago, Iran has pushed the limits of breaching the agreement with world powers. China, France, Russia, the United Kingdom, Germany and the European Union remain committed to the Joint Comprehensive Plan of Action.

In May, Iranian President Hassan Rouhani set a 60-day deadline for the powers to set new terms for the nuclear deal, including easing restrictions on Iran’s banking and oil sectors. Iran threatened that if the world powers failed to meet the deadline, it would remove caps on uranium enrichment levels and resume work at Arak.

Renovations have been completed on the Arak heavy water plant, which allows it to increase its capacity. In the next stage of nuclear technology development, Iran will use the extra heavy water, IRNA reported.

“Israel stands at the forefront with the U.S., with moderate Arab countries and with other countries, in opposition to the Iranian aggression. Today Iran threatened to enrich uranium to higher levels beyond that which is permitted by the nuclear agreement,” he said. “Should Iran make good on its current threats, and violate the nuclear agreement, the international community needs to immediately impose the sanctions regime that was agreed upon in advance, the ‘snapback sanctions.’ In any case, Israel will not allow Iran to achieve nuclear weapons.”