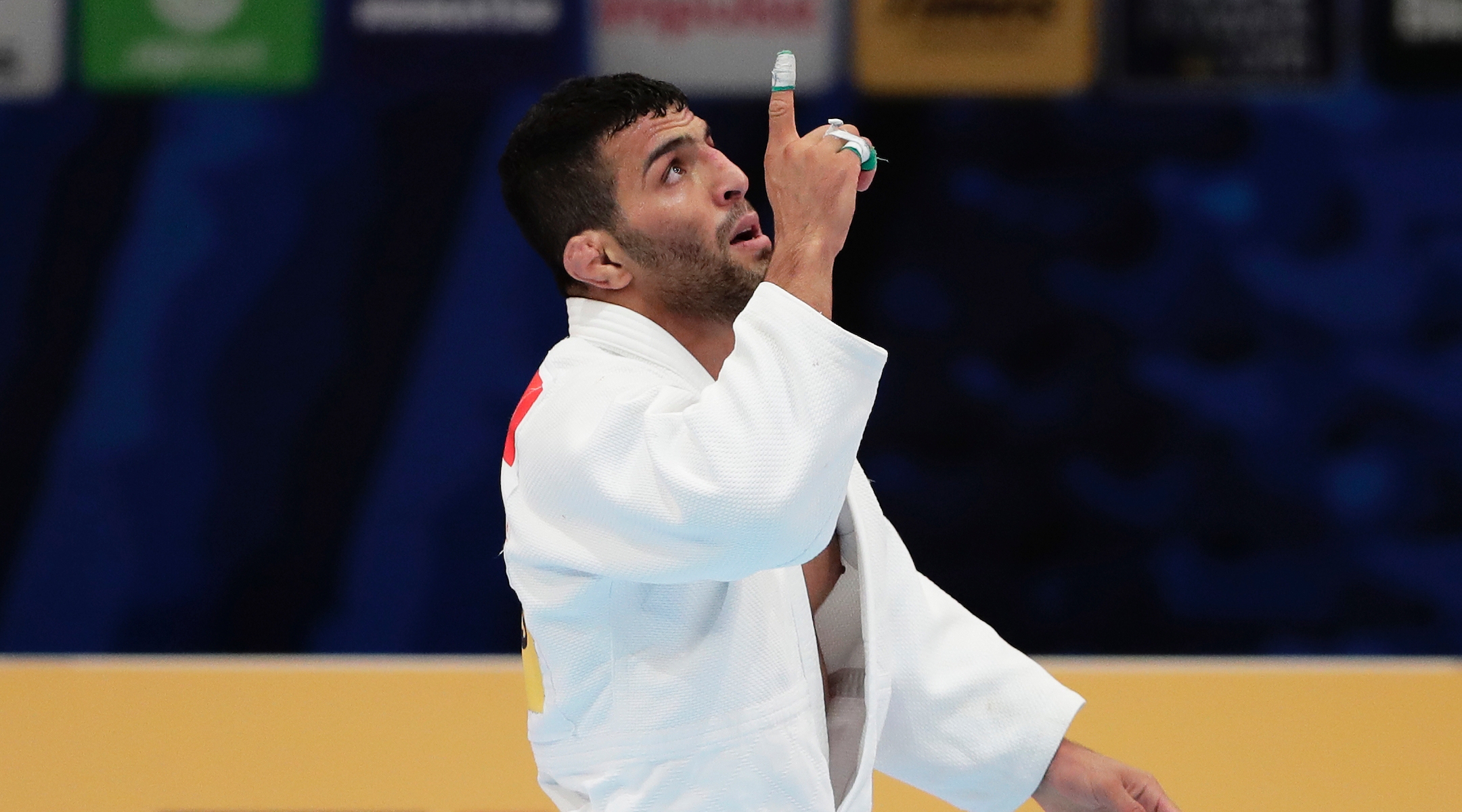 (JTA) — The Iranian judoka who last week threw his semi-final match so he would not have to face an Israeli competitor, has fled to Berlin and says he will no longer compete for Iran.

Saeid Mollaei was ranked number one in the world until last week when Israeli judoka Sagi Muki took gold medal at the 2019 World Judo Championships in Tokyo in the under-81 kilogram (179 pounds) category.

Mollaei’s mother reportedly called him from Iran moments before his semi-final fight against Belgium’s Matthias Casse and begged him to lose the round so that he would not have to fight the Israeli, bow to him or stand next to him on the winners’ platform.

He has been accused of faking injuries and intentionally losing judo matches in the past to avoid facing the Israeli.

Mollaei was separated from his Iranian trainer and spirited out of the arena and put on a plane to Berlin with the help of International Judo Federation chief Marius Vizer.

“I love Iran very much, but winning a medal is the most important thing for me,” Mollaei told the London-based Iran International television channel in an interview on Sunday.

He says he will compete in the future under the Olympic flag on the so-called refugee team.