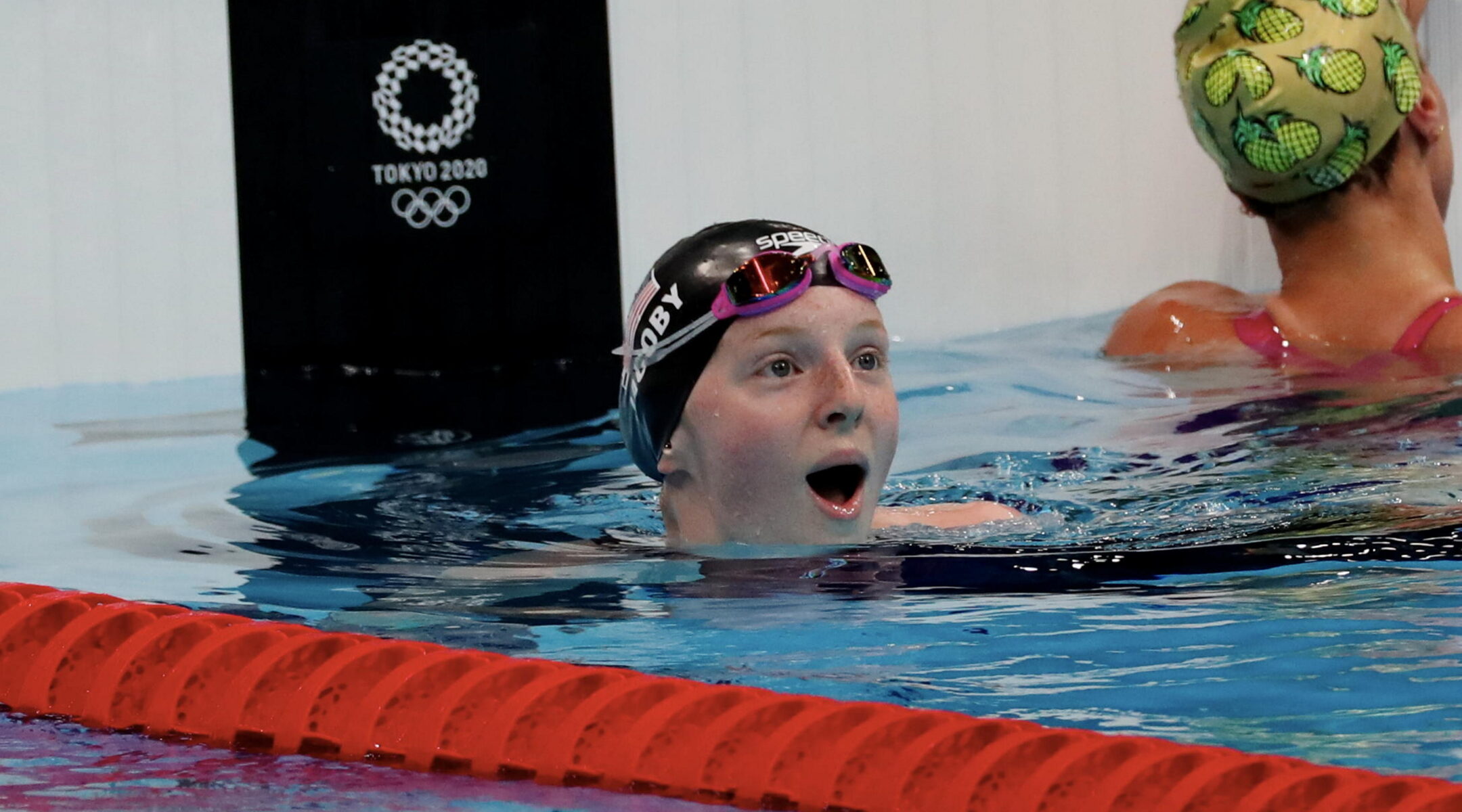 (JTA) — Lydia Jacoby, the 17-year-old swimmer from Seward, Alaska, surprised many when she came from behind to win the 100m breaststroke at the Tokyo Olympics on Monday night. Even Jacoby herself couldn’t believe it: Her jaw dropped when she removed her goggles and saw her time of 1 minute, 4 seconds.

Jacoby’s underdog status, as the first-ever Olympic swimmer from Alaska, which has just one Olympic-sized pool, meant that Jewish viewers may have wondered for the first time: Is Lydia Jacoby Jewish?

Jacoby, also spelled Jacobi, is a surname of Ashkenazi Jewish or German origin. Ancestry.com lists the name as “Jewish, English, and German,” a variant of Jacobi, and according to a baby names site, “Jacoby is most likely the transferred use of a patronymic Jewish surname derived from the Hebrew personal name ‘Yaakov’ which was eventually Latinized to Jacob.”

Some of the notable Jacobys in history were Jewish, including one who fled the Nazis in Germany to become an influential Israeli composer, but many others were not. The swimming phenom does not appear to be Jewish.

Her parents, Richard and Leslie, are both boat captains and self-described “boat people.” Leslie’s parents, Jerry Hines and Janet Hines (nee Miles), were active in St. John United Methodist Church in Anchorage, according to their obituaries. While names cannot prove who is Jewish, public records show that Richard’s father is also named Richard and he has a brother named Christopher, both unlikely for Jewish men.

Jacoby’s hometown of Seward — where her high school classmates went viral for how they cheered her on — has a population of roughly 2,773 people; the majority of the state’s Jews live in Anchorage.

Relive the moment Lydia Jacoby's friends and family cheered her on to GOLD from Seward, Alaska. #TokyoOlympics pic.twitter.com/jjLWAlaljy