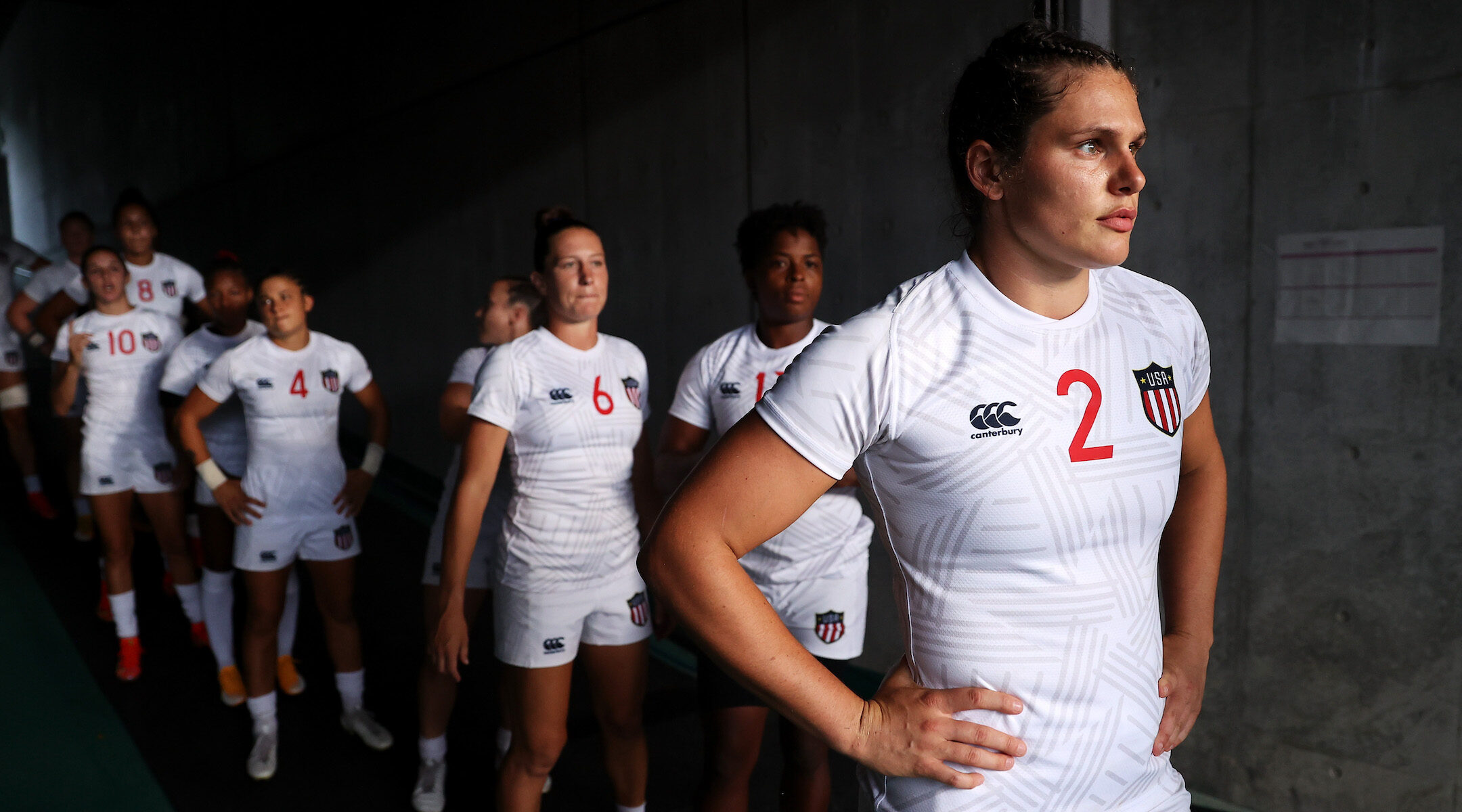 Ilona Maher looks out as she prepares to lead the U.S. women's rugby team out onto the field for a match against Japan on day six of the Tokyo Olympics, July 29, 2021. (Dan Mullan/Getty Images)
Advertisement

(JTA) — Ilona Maher was a star of the Tokyo Olympics before she even played her first match with the U.S. women’s rugby sevens team. Posting from the Olympic Village, her TikTok videos garnered millions of views as she spoke to the camera in a tie-dye Team USA bucket hat.

While Maher, 24, and the team lost in the quarterfinals to Great Britain on Friday, she is being called one of the breakout athletes of the Games. Many Jewish viewers — and TikTok fans — are wondering: With a name like Ilona Maher, is she Jewish?

I will not rest until I confirm that @ilona_maher is Jewish, no one is funny and named Ilona and not Jewish, I will be requiring confirmation and she is invited to Shabbos dinner.

Ilona Maher has to be Jewish, right? 🙏 @hey_alma, help us out here? #weneedanswers #olympics #teamusa

While Ilona is a Hebrew name meaning “oak tree,” it is also popular in Greece (in Greek meaning “torch” or “bright light”), Hungary (from a Queen in Magyar folklore) and Finland (in Finnish, “ilo” means “joy”). Maher, on the other hand, is an Irish surname — from the Gaelic surname Ó Meachair.

Ilona Maher, born and raised in Burlington, Vermont, is likely not Jewish. She has posted on Instagram about Christmas and tweeted about Easter — and while Jews can absolutely celebrate these holidays in interfaith families, she’s never posted online about anything Jewish.