Israel aiding Brazil in fight against devastating fires in the Amazon 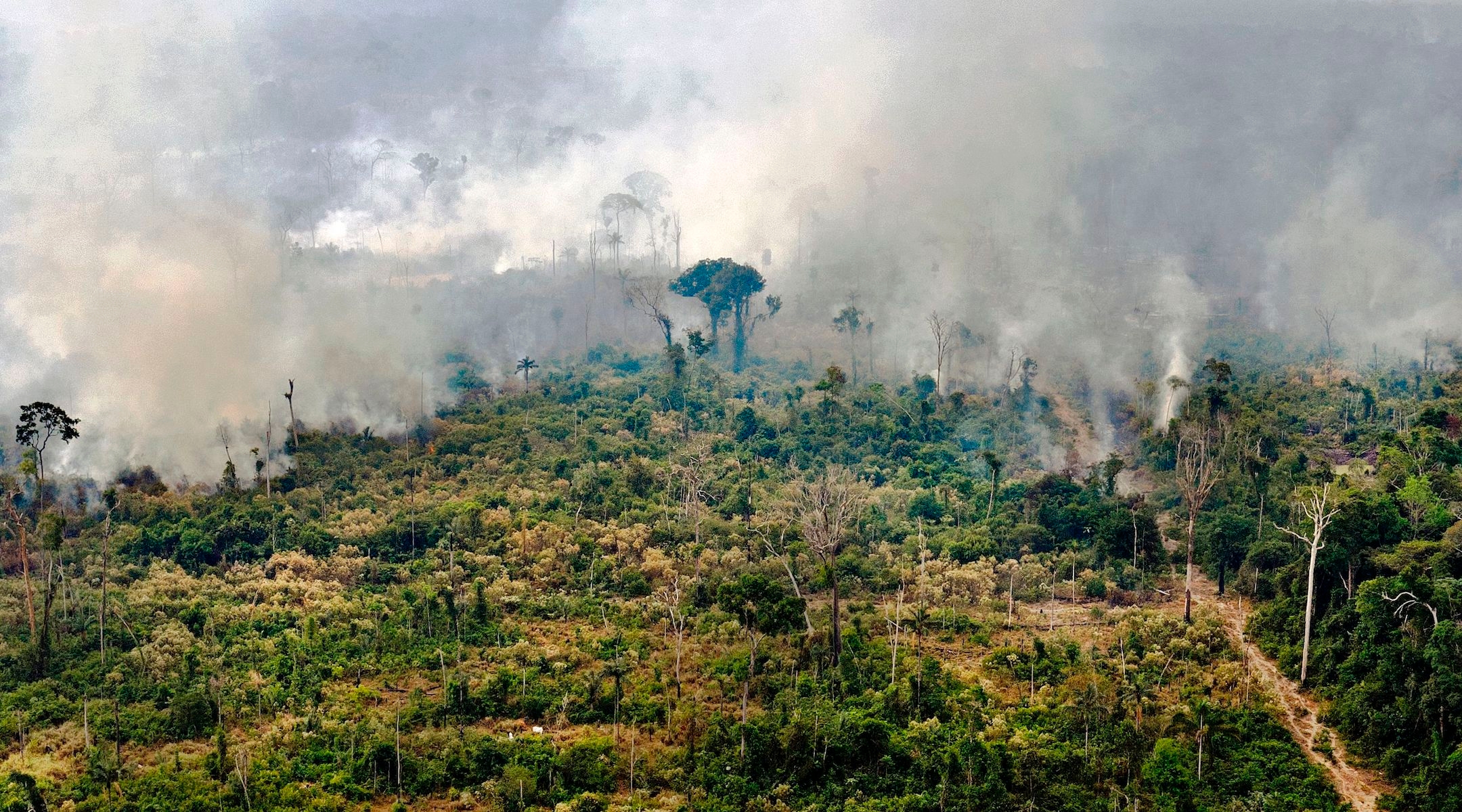 A view of a burnt area in the Amazon rainforest, near Porto Velho, Brazil, Aug. 25, 2019. (Carl De Souza/AFP/Getty Images)
Advertisement

“Many thanks to dozens of heads of state who listened to me and helped us overcome a crisis that only interested those who want to weaken Brazil,” Bolsonaro tweeted Sunday.

On Monday, world leaders pledged more than $22 million to help combat the fires, which many environmentalists and scientists inside and outside the country say are deliberately lit by farmers and loggers and which they attribute to Bolsonaro policies opening up protected parts of the Amazon rain forest for development.

Under international pressure, Bolsonaro on Friday authorized the use of 44,000 troops to battle the fires, the most serious since 2013, when the country began tracking them using official data.

Bolsonaro has dismissed local and international allegations of his role in the fires, and his supporters say the country’s far left and detractors abroad are using the fires to discredit his right-wing government.

In January, Israel sent a rescue team and equipment to Brazil to help in the search for hundreds feared dead following the collapse of a dam at a mine.