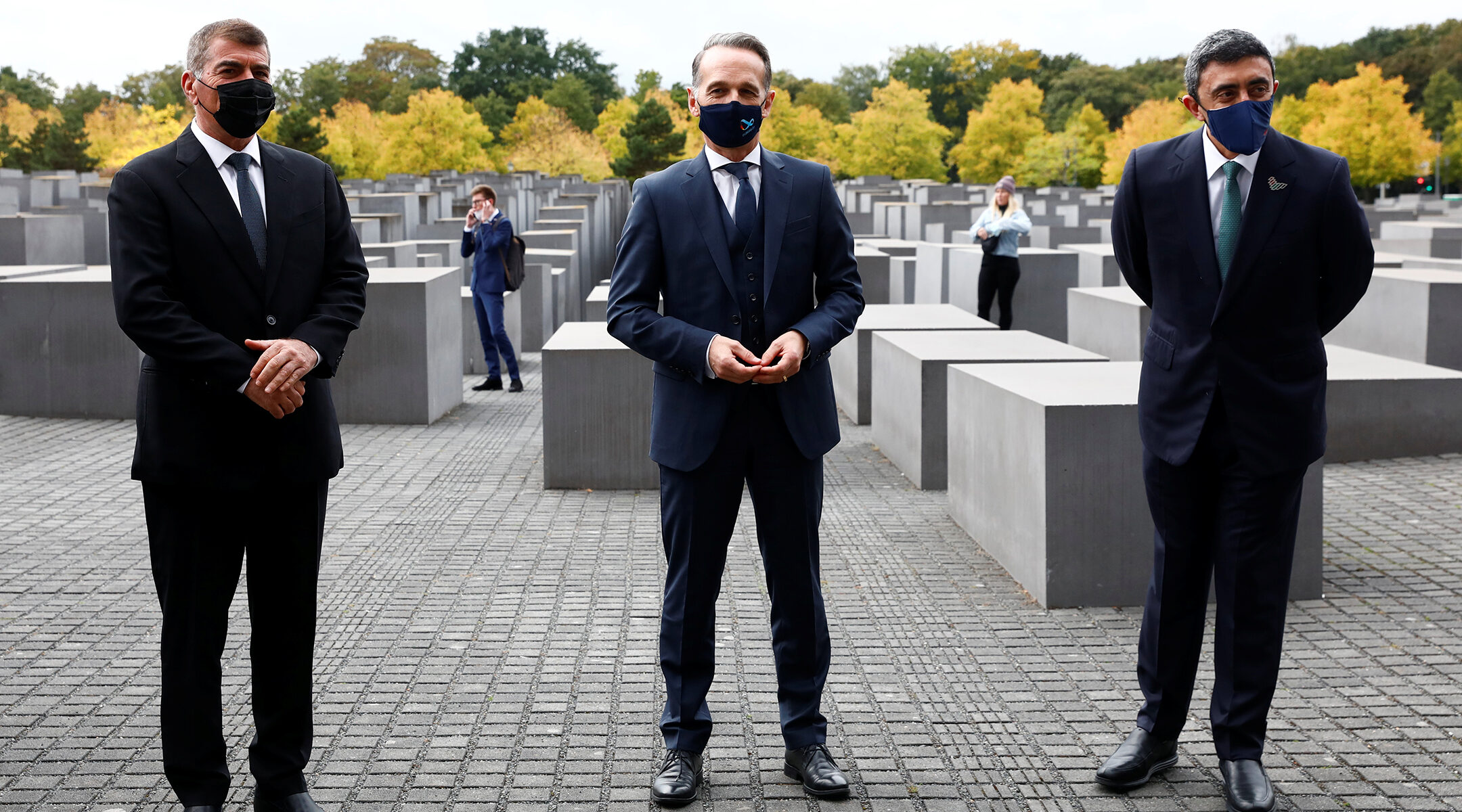 (JTA) — In a historic meeting, the foreign ministers of Israel and the United Arab Emirates met in Berlin and visited the city’s main Holocaust monument together on Tuesday.

Less than a month after signing a peace deal that normalized relations between the Middle Eastern neighbors, Israel’s Gabi Ashkenazi and the UAE’s Abdullah bin Zayed Al Nahyan walked through the large monument of concrete blocks symbolizing the Jews killed by the Nazis in a meeting that was both symbolic and productive — according to reports, the pair discussed trade and tourism issues.

The two diplomats toured the monument along with German Foreign Minister Heiko Maas, who said that the meeting and the peace deal shows “that peaceful coexistence in the Middle East is possible.” Israel also signed an agreement with the Arab nation Bahrain on the same day at the White House.

“I salute the souls of those who fell victim to the Holocaust,” Al Nahyan wrote in the monument’s guestbook. He also quoted from a Jewish prayer translated into Arabic: “May their souls be bound up in the binds of life.”

He also wrote “Never again” in English and in Arabic, according to The Times of Israel. Ashkenazi said the meeting “symbolizes the beginning of a new era. An era of peace between peoples.”

In another show of solidarity, the world’s tallest building, located in Dubai, the UAE capital, erected a sukkah this week, the Associated Press reported. Jews construct the hut structures as part of the Sukkot holiday, which continues through the end of this week.