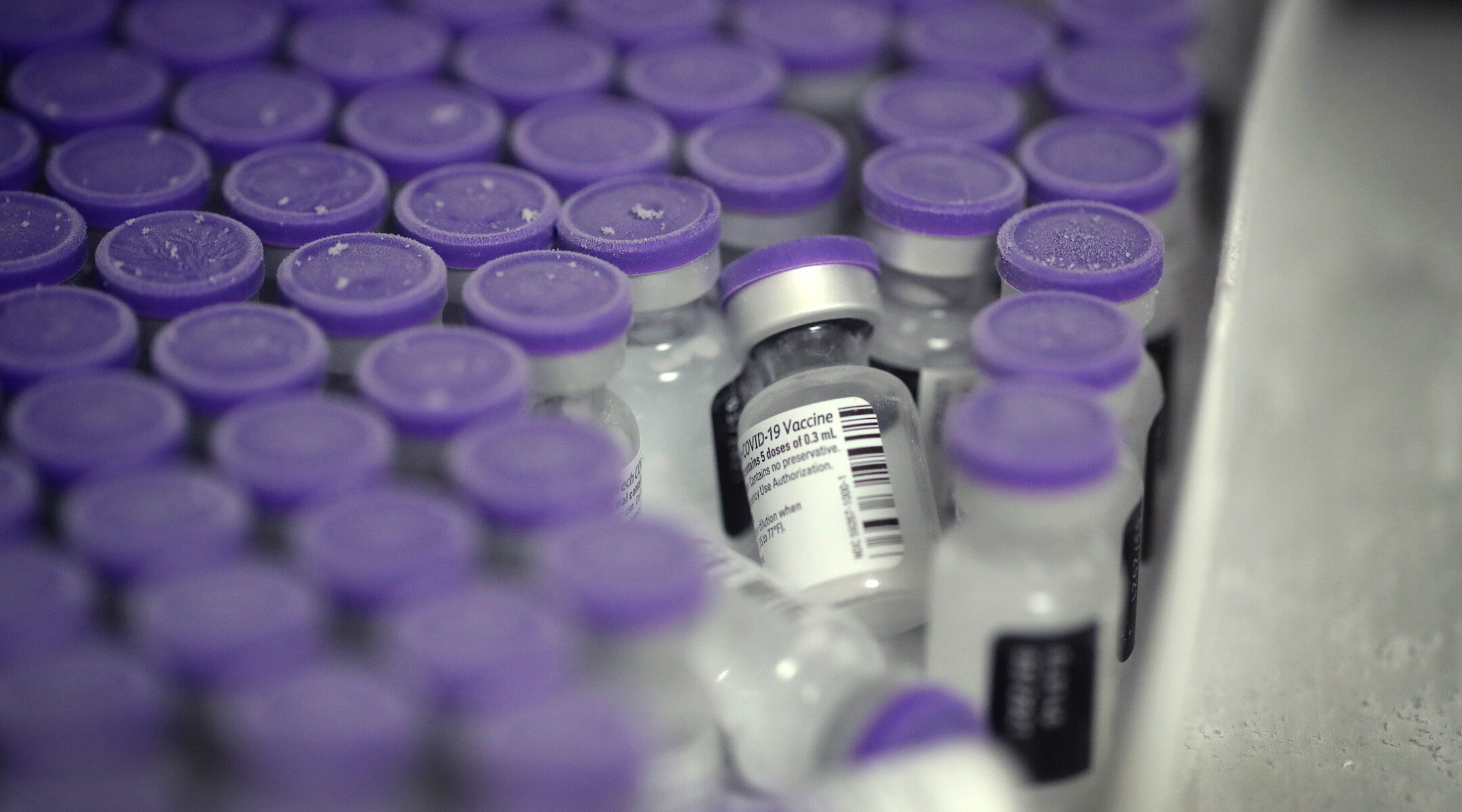 (JTA) — Israel has delivered thousands of coronavirus vaccines to the Palestinian Authority, the Czech Republic, Guatemala, and Honduras, joining a number of other countries that are successfully vaccinating their populations and are now assisting others with their surpluses.

Israel had come under criticism for not extending its successful vaccine program to Palestinians in areas controlled by the Palestinian Authority. Israeli officials have said that under prior agreements and international law, it is under no obligation to do so. Axios reported U.S. Secretary of State Antony Blinken had asked Israel on Monday to deliver vaccines to the Palestinians.

“In light of the successful vaccination campaign in Israel and its being the global leader in vaccinating populations, Israel has received many requests from countries for assistance in supplying vaccines,” said a statement Tuesday from the office of Prime Minister Benjamin Netanyahu.

“Israel is not producing vaccines itself and has informed respondents that the quantities that were ordered by Israel are for the vaccination of its population; no ability to render significant assistance is anticipated at least until the vaccines campaign in Israel will have ended,” the statement said. “Nevertheless, over the past month, a limited quantity of unused vaccines was accumulated; therefore, it has been decided to assist Palestinian Authority medical teams and several of the countries that contacted Israel with a symbolic quantity of vaccines.”

All three countries have moved their embassies to Jerusalem, or have said they will expand their diplomatic presence in Jerusalem.

A number of countries, China most notably, that have had successful vaccine rollouts are delivering surpluses to other countries.