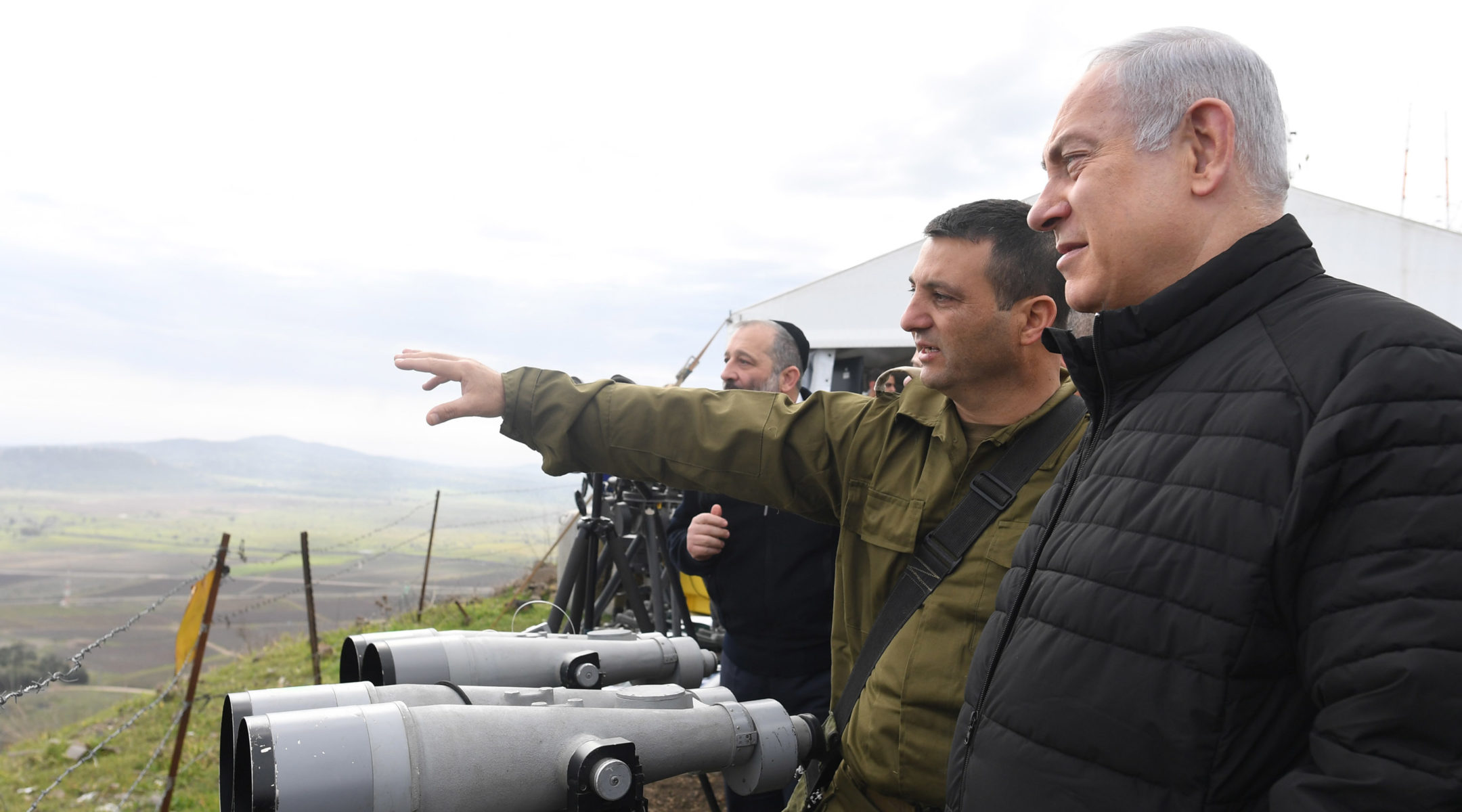 Prime Minister Benjamin Netanyahu and his Security Cabinet view the border with Syria from the Golan Heights on Feb. 6, 2018. (Kobi Gideon / GPO)
Advertisement

The Syrian anti-aircraft missile fired on Monday missed the Israeli jet and fell back in Syrian territory.

The IDF said in a statement late on Monday night that in response to the anti-aircraft fire it targeted the missile launcher.

“Our policy is clear – we are not prepared to tolerate any aggression against us, and we will respond with force and firmness,” Israeli Prime Minister Benjamin Netanyahu said Monday night in a statement.

Syrian state media reported that one of its soldiers was killed in the Israeli attack on the launcher. The attack was near the Syrian border with Israeli jets passing over the border community of Quneitra, according to reports.