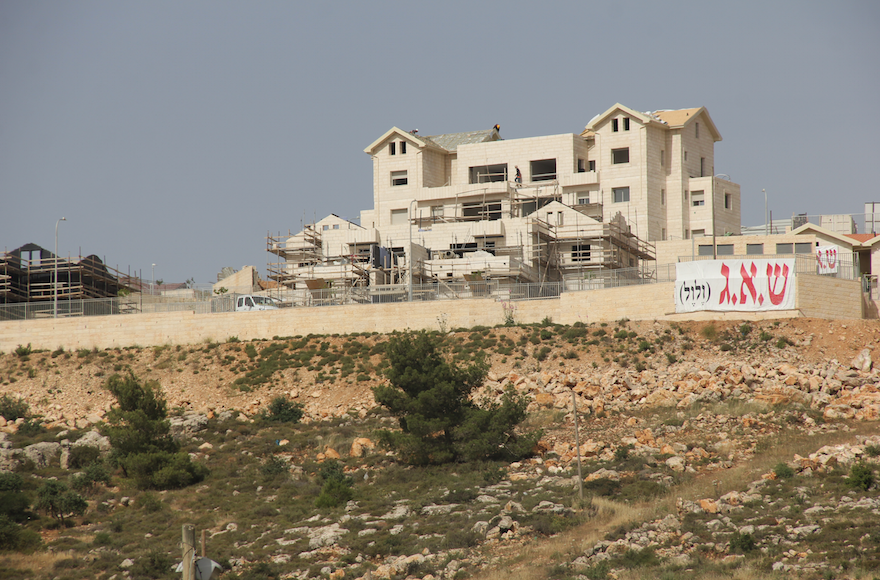 A housing development in the Israeli West Bank settlement of Efrat, a bedroom community outside Jerusalem. (Ben Sales/JTA)
Advertisement

Under the move backed by Naftali Bennett, the Efrat settlement in the West Bank would add some 225 acres for about 7,000 additional housing units, according to the Defense Ministry.

“I instructed the defense establishment to continue to strengthen the settlements in a determined way,” Bennett wrote on social media. “The construction boom in Israel should not be stopped for a moment.”

The Palestinians have been fighting for ownership of the land for nearly two decades. Israel designated it as state land in 2004.

Efrat, a bedroom community outside Jerusalem, has a population of approximately 9,200 residents, making it the largest settlement in the Gush Etzion bloc.

The new Israeli government to be sworn in next week is poised to announce on or after July 1 that it will annex parts of the West Bank, in accordance with the Trump peace plan. The Etzion bloc is part of the consensus areas that would be given to Israel under a peace deal with the Palestinians, though Israeli mapping of the area for the annexation is not yet completed.