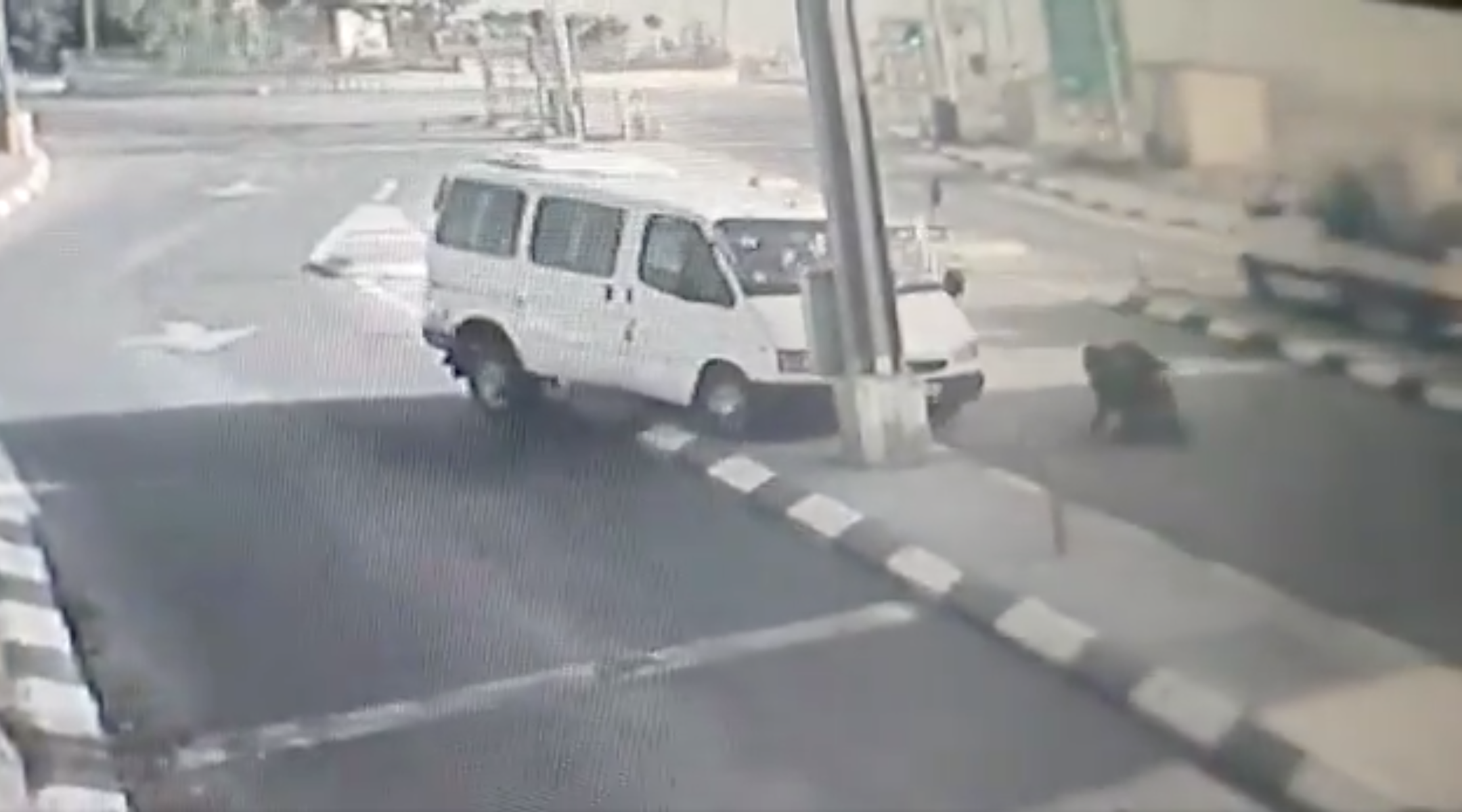 JERUSALEM (JTA) — An Israeli Border Police guard was moderately injured in a car-ramming and stabbing attack Wednesday morning in the West Bank.

The assailant was shot and killed at the scene, according to police.

The attack took place at a checkpoint near the settlement of Maale Adumim, according to the police. The assailant also was armed with a pipe bomb, which police said he likely planned to throw at troops stationed at the checkpoint.

The border guard, 20, was taken to Shaare Zedek Medical Center in nearby Jerusalem for treatment.

Footage of the attack filmed by surveillance camera shows the van about to drive through the checkpoint before veering to the left and slamming into the border guard, who flew into the air before hitting the pavement. The driver then exits the vehicle and begins tussling with the officer while stabbing him with a pair of scissors. The guard runs away as other officers shoot at the assailant, who was identified by the Hamas terror organization as Ibrahim Halassa, 25, of the West Bank.