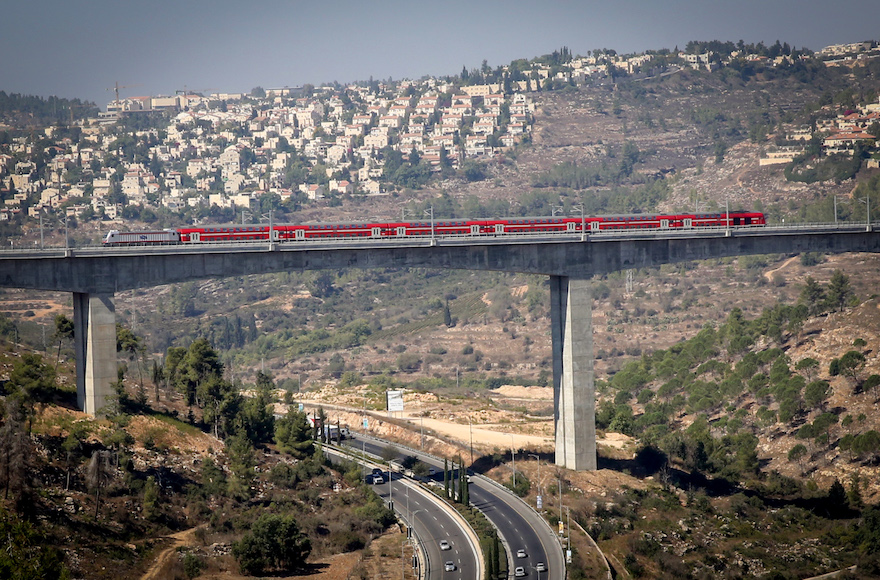 A view of the new Tel Aviv-Jerusalem fast train seen over the HaArazim valley just outside of Jerusalem, Sept. 25, 2018. (Yossi Zamir/Flash90)
Advertisement

The project, an extension of  recently opened Jerusalem-Tel Aviv high-speed line, will include a new 1.8 mile-long tunnel under downtown Jerusalem and the Old City, i24news reported.

This kind of construction in the Old City of Jerusalem is controversial. Palestinians object to Israel gaining more of a foothold in the city that they claim as the capital of a future Palestinian state, and archeologists object to the possible disturbing of artifacts in the area.

The project was initiated by former Transportation Minister Israel Katz, who now serves as foreign minister. The current transportation minister is Bezalel Smotrich of the Jewish Home Party, who is running for the next Israeli parliament as part of the far-right Yamina alliance.