Israel closes schools and universities due to coronavirus 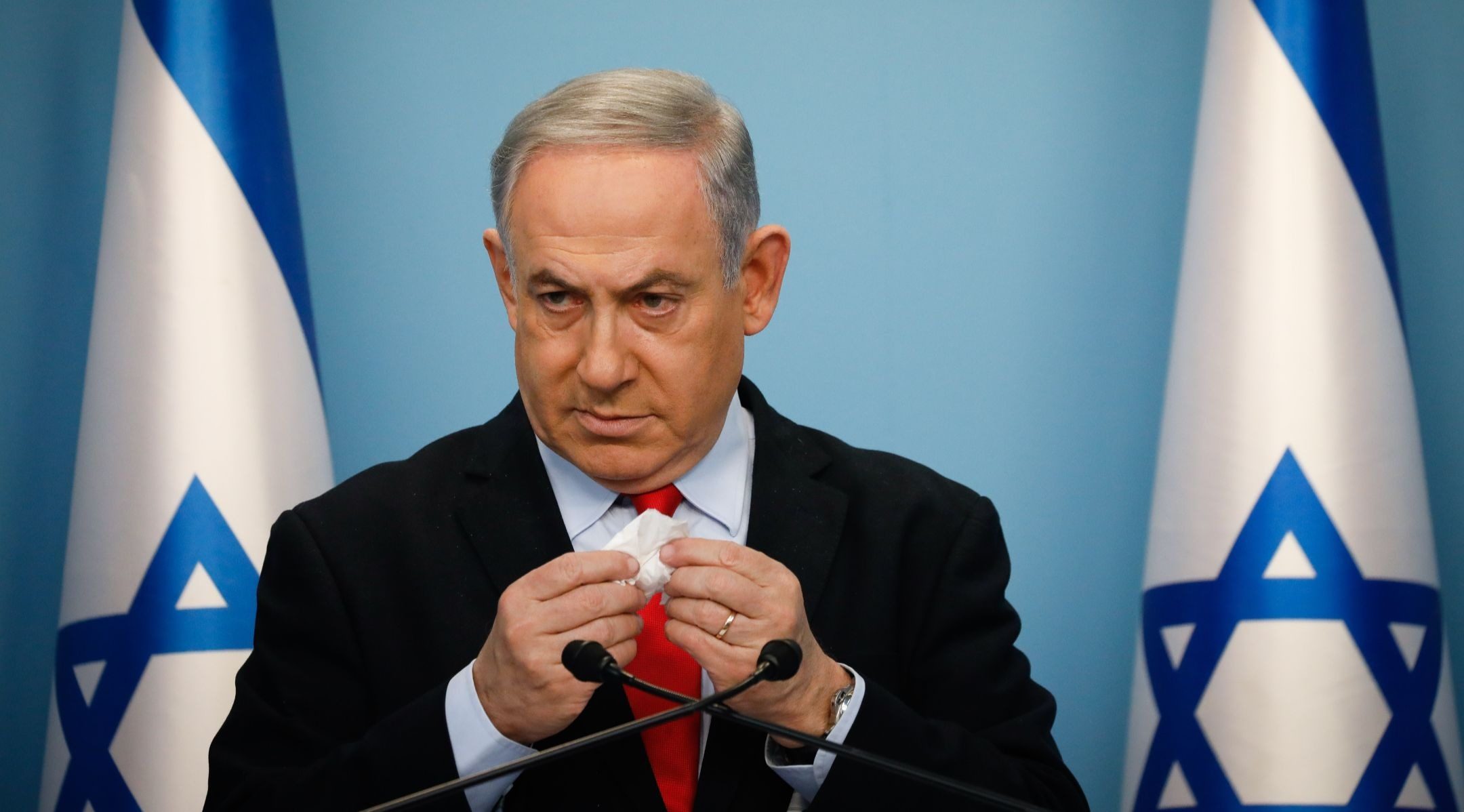 Israeli Prime Minister Benjamin Netanyahu at a Jerusalem news conference encourages citizens to cover their mouths with a tissue when they cough, March 12, 2020. (Olivier Fitoussi/Flash90)
Advertisement

JERUSALEM (JTA) — Israel’s schools and universities will close due to the spread of coronavirus, Prime Minister Benjamin Netanyahu announced Thursday.

Netanyahu also called to form an emergency national unity government for a limited time, saying “We will deal with the current crisis together and continue later” with the business of politics.

The number of Israelis infected with the virus rose to 109, among them a 6-month-old.

Netanyahu did not specify how long the school closure will last. Special education schools and kindergartens will remain open, however, and children in grades 1-3 also will be able to attend special day cares.

As Netanyahu began his news conference, the ban on non-Israeli nationals entering the country without being able to prove they have a place to self-quarantine for 14 days officially took effect.

Also Thursday, Israel’s chief rabbis called on Jews to avoid visiting the Western Wall and holding large prayer services there. The site will not be closed, however.

The rabbis also called on couples not to postpone their weddings but to hold them with a smaller guest list.