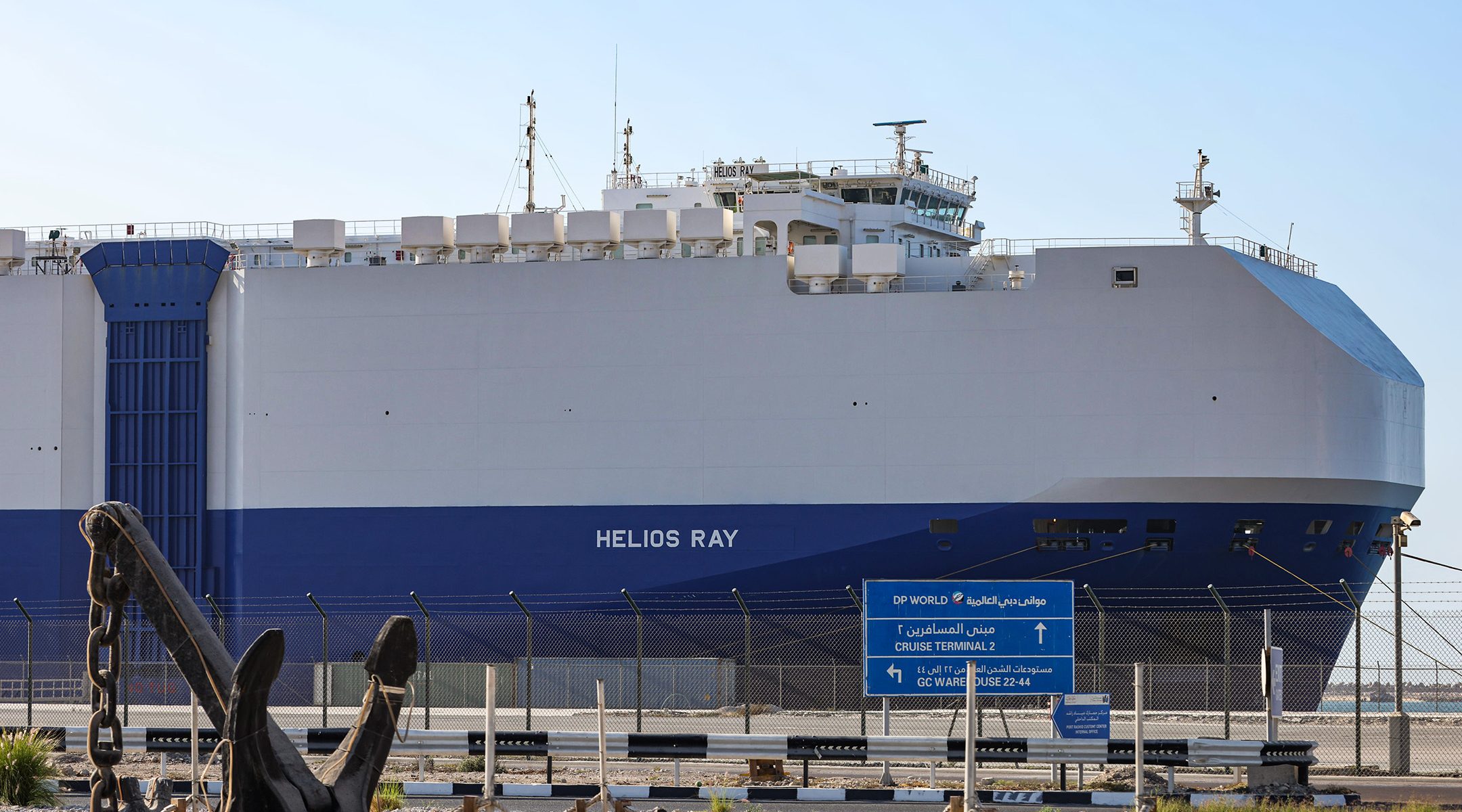 (JTA) — An Israeli-owned cargo ship was struck by a missile in the Arabian Sea in a suspected Iranian attack, an Israeli security official said.

The ship was sailing from Tanzania to India and continued its voyage after the attack Thursday, the official told Reuters. He was not named.

The vessel, which is owned by the XT Management firm from Haifa, was flying a Liberian flag and did not sustain major damage, the report said.

Since 2019, Israel has been attacking ships carrying Iranian oil and weapons through the eastern Mediterranean and Red seas, according to a New York Times article published Friday. The Iranians recently have begun to retaliate by targeting Israeli vessels, the report said.

Last month, an Israeli cargo ship, the Helios Ray, sustained minor damage when explosives attached to its hull were set off by what The Times said was an Iranian commando unit.

Earlier this month, an Iranian ship, Shahr e Kord, was hit in an explosion and slightly damaged about 50 miles off the coast of Israel. The state-run Iranian shipping company said the vessel had been heading to Spain and called the explosion a “terrorist act.”