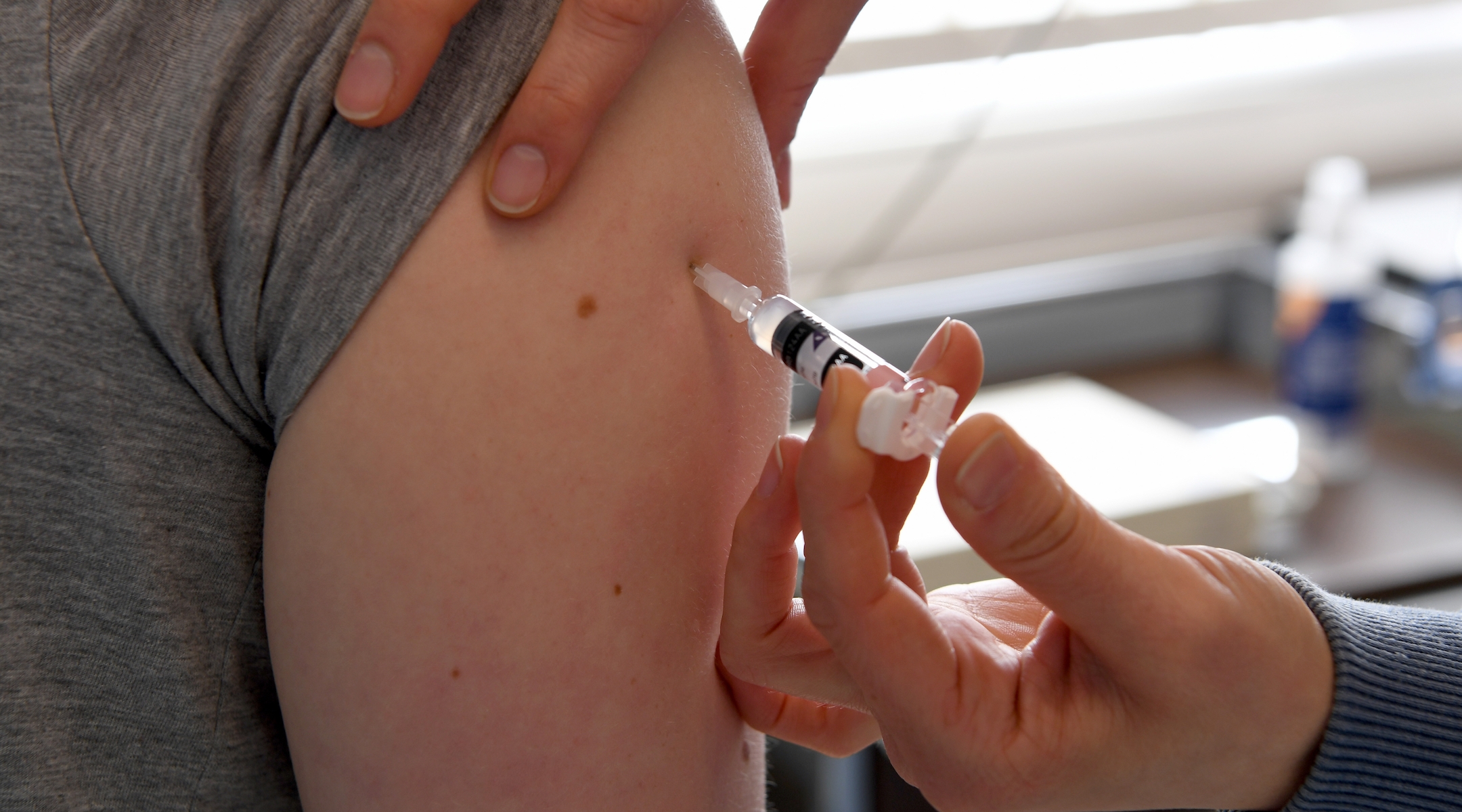 A young woman gets an inoculation. Israeli parents had their toddler get a tetanus shot after being ordered to by an Israeli court. (Carsten Rehder/picture alliance via Getty Images)
Advertisement

JERUSALEM (JTA) — An Israeli court ordered a toddler’s parents to vaccinate him against tetanus despite their objections.

The boy, a year-and-a-half old, was taken to a local clinic by his parents late last month after suffering a bad burn on his leg. The pediatrician recommended that they get their child a tetanus shot to prevent a deadly infection, but the parents refused, Israel’s Channel 12 first reported this week.

The doctor reported the incident to the local health department office, which ultimately took the case to the Ministry of Welfare. The ministry filed a lawsuit in family court in Hadera, in northern Israel, asking for an order to force the vaccination.

The lawsuit called the vaccine “necessary” and provided statistics on patient mortality in the case of a tetanus bacteria infection.

The parents, who are said to be part of the anti-vaxxer movement, reportedly had their son vaccinated this week.

In its ruling ordering the vaccination, the court said it was “not ignoring the parents’ views and their right to make decisions related to their minor son, including fundamental decisions,” and that the parents are “good and concerned.”

The judge also wrote that “the welfare of the child is the primary consideration, and I have been convinced, in this specific case, in light of the child’s wound, that the benefits of the vaccine are significantly greater than the risks and the court cannot accept the parents’ view.”