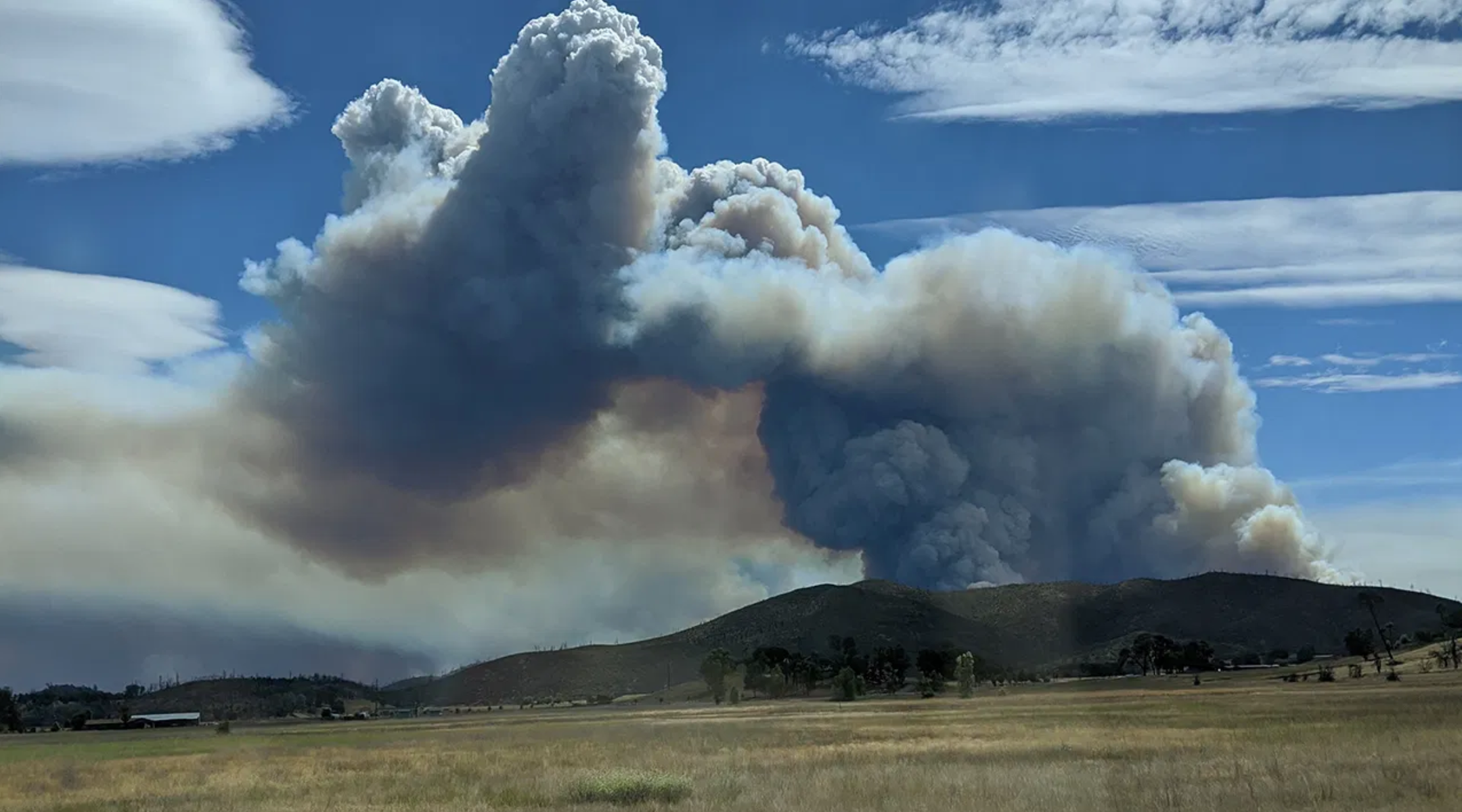 A fire in Napa County as seen from Middletown in Lake County, Calif., Aug. 19, 2020. (Jade May)
Advertisement

(JTA) — Israeli firefighters arrived in Sacramento, California, to assist with battling a wave of wildfires sweeping through the area.

It marked the first time that Israelis have been sent to the United States to help fight fires, J. The Jewish News of Northern California reported.

The delegation landed Sunday and is scheduled to remain for approximately two weeks. It includes 10 officers and firefighters from the Fire and Rescue Services, rescue and forest fire experts, and a Foreign Ministry representative, according to a statement from the Foreign Ministry.

Sacramento Mayor Darrell Steinberg greeted the firefighters’ arrival in the capital city with a tweet.

“As a Jewish mayor, I’m particularly proud and happy to see them come to our aid,” it said in part.

As of Monday there were 18 major fires burning across California, with over 16,000 firefighters mobilized to battle them. The fires have burned more than 1.46 million acres since they started on Aug. 15, sparked by a siege of dry lightning.

Today we welcomed a delegation of firefighters from Israel who arrived yesterday. Tomorrow they will report to the CA Office of Emergency Services and be dispatched to fires around the state. As a Jewish mayor, I’m particularly proud and happy to see them come to our aid. pic.twitter.com/0xpAHrgkCY