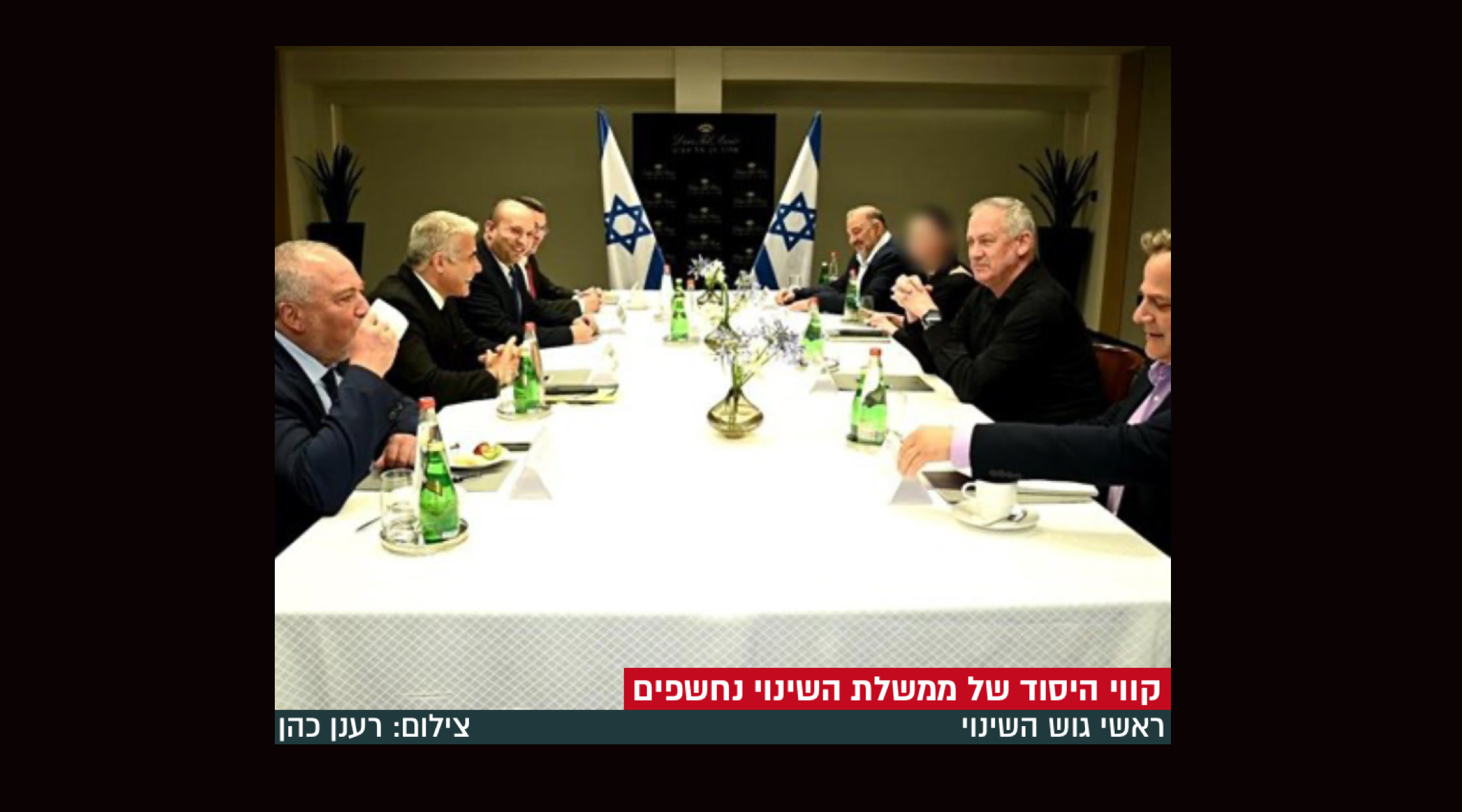 A haredi Orthodox news site in Israel blurred the face of the only woman in a photo published on June 7, 2021. (Screenshot from Bechadrei Charedim)
Advertisement

(JTA) — A haredi Orthodox publication in Israel published a photo on its website Monday that blurs the face of the Labor Party’s leader, Merav Michaeli.

Bechadrei Charedim did not explain its decision on the photo, which was used with a story about Israel’s incoming government, but the reason was likely because Michaeli is a woman.

Haredi Orthodox publications have blurred, photoshopped or otherwise excluded photos of women from their pages for years. Most famously in the United States, Der Zeitung photoshopped Hillary Clinton, then serving as secretary of state, out of a photo taken in the Situation Room on the day that U.S. forces assassinated Osama bin Laden in 2011.

The publications have argued that the decision to exclude women from their photos stems from the modesty required of women in Orthodox Jewish communities or that readers would not buy publications that show the faces of women. The policy has inspired campaigns to push the ultra-Orthodox publications to print women’s faces, but few have changed their policies.

Michaeli is slated to serve as transportation minister in the new government, which is expected to be seated in the next week.