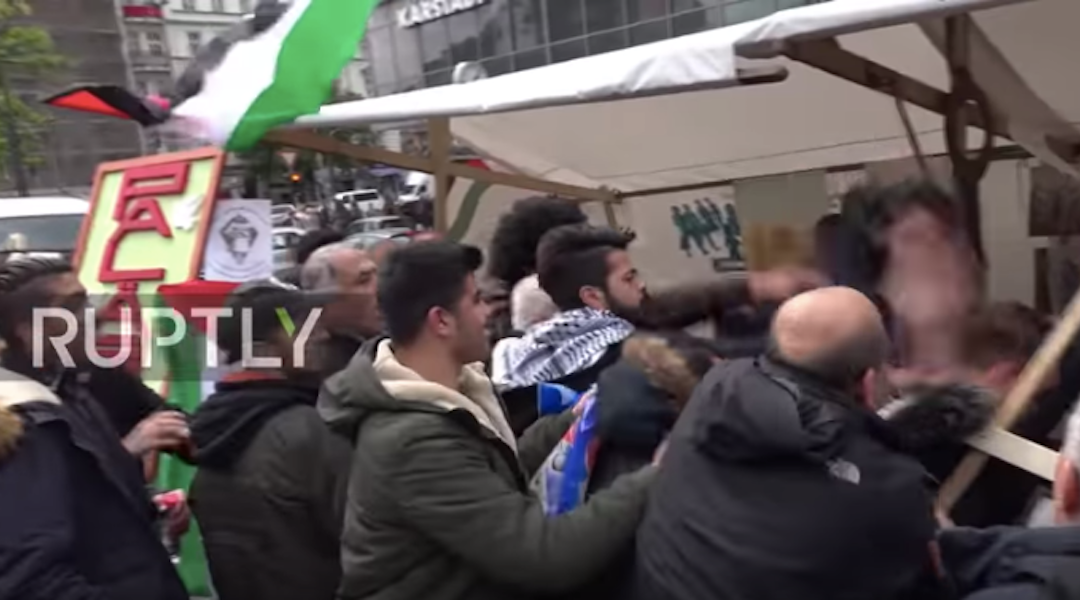 A video shows a man being attacked at an anti-Israel event in Berlin. (Ruptly via YouTube)
Advertisement

(JTA) — A video shows an Israeli man being attacked by a group of people at a pro-Palestinian event in Berlin.

In a clip posted by the news agency Ruptly, which is owned by the Russian government network RT, about a dozen men are seen pushing and hitting the man before policemen are able to escort him away from the crowd.

The Jerusalem Post identifies the man as Daniel Gurfinkel, a 27-year-old Israeli clarinetist studying at the Hanns Eisler Academy in Berlin. It said the incident took place last week.

The Post cited a statement by Gurfinkel in which he said that he had walked by the event, which was protesting Israel hosting the 2019 Eurovision contest, and attempted to defend his country.

“The attack began immediately when I began to support my country with a single word,” he said. “I’ve been struck on the head and I’m in pain so far. I was in total shock.”

Gurfinkel told the Post that the police had not taken the attack seriously enough.

“The police treated the incident with great indifference and did not immediately arrest the attackers,” he said. “As you can see in the video. The police did not protect me immediately and it took more than 5 minutes to complete.”