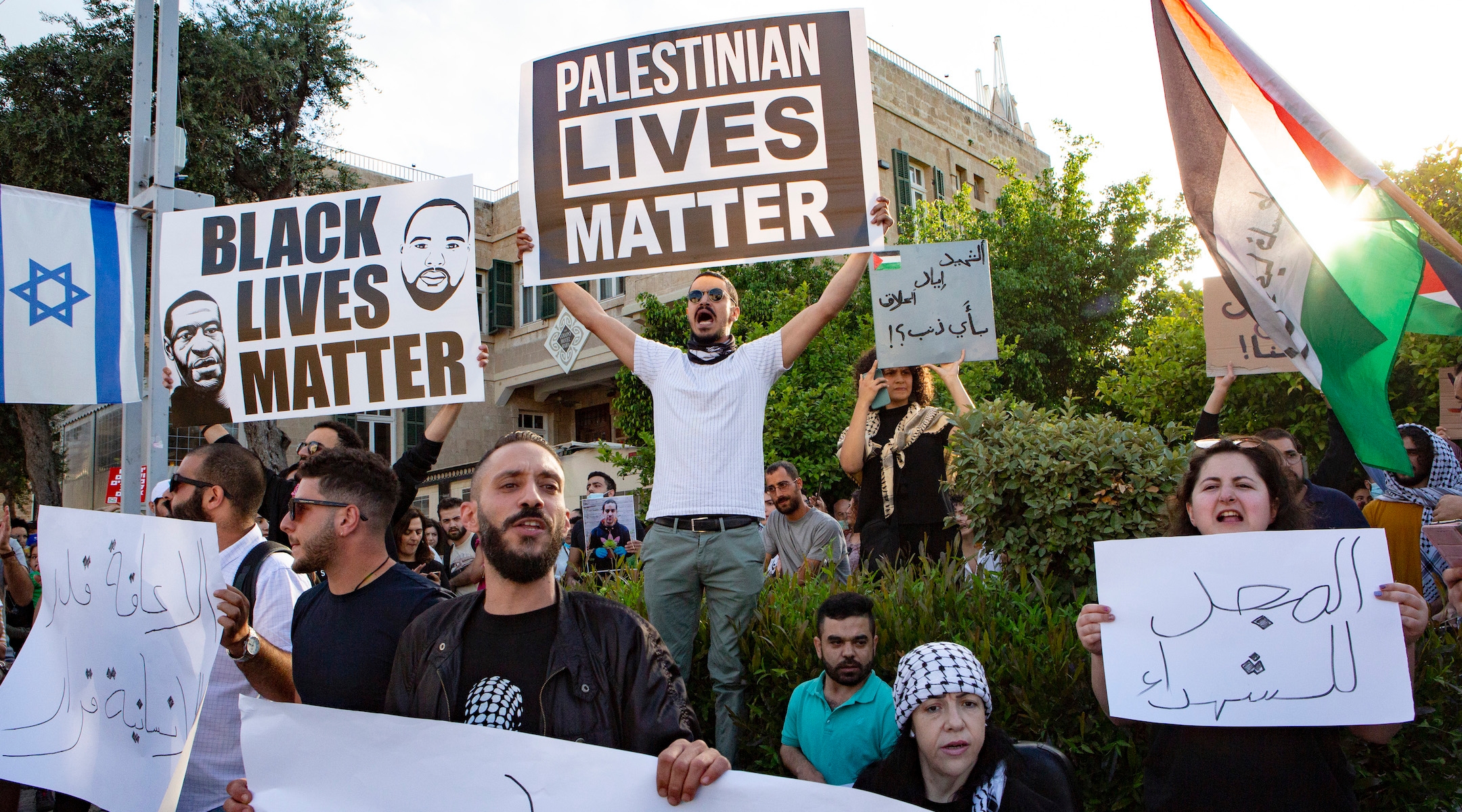 (JTA) — The commander of the Israel Border Police force that shot and killed a Palestinian man with autism in eastern Jerusalem said he ordered his partner several times to hold his fire.

The commander, who has not been named, made the statement to investigators of the May 30 incident, reported Haaretz, which obtained part of the testimony.

Iyad Halak, 32, was walking through the Old City on the way to the Elwyn school for children and adults with disabilities when officers said they mistook a cellphone in his hands for a weapon. Halak was ordered to stop but instead started running, with the officers in pursuit. Trying to hide in a trash room, Halak was shot at least seven times.

“We chased him and called out to him, but he kept running,” the commander testified, according to Haaretz. “At one point, I shot at his lower body. I didn’t notice any wounds.”

The commander said that when he arrived at the trash room, he called out “Stop.”

“I meant that the police officers who were coming and my partner, who was with me, should stop shooting,” he testified. “Then my partner shot, and I yelled again, ‘Stop shooting, stop shooting.’ Apparently the suspect made some movement that caused my partner to shoot again.”

The commander said the officer who fired the shots had joined the force about six months earlier.

Halak’s caregiver, who was with him at the time of the incident, told the Israeli media that she informed the officers that he was disabled and could not understand their commands.

Security cameras in the trash room were not operating that day, police said.