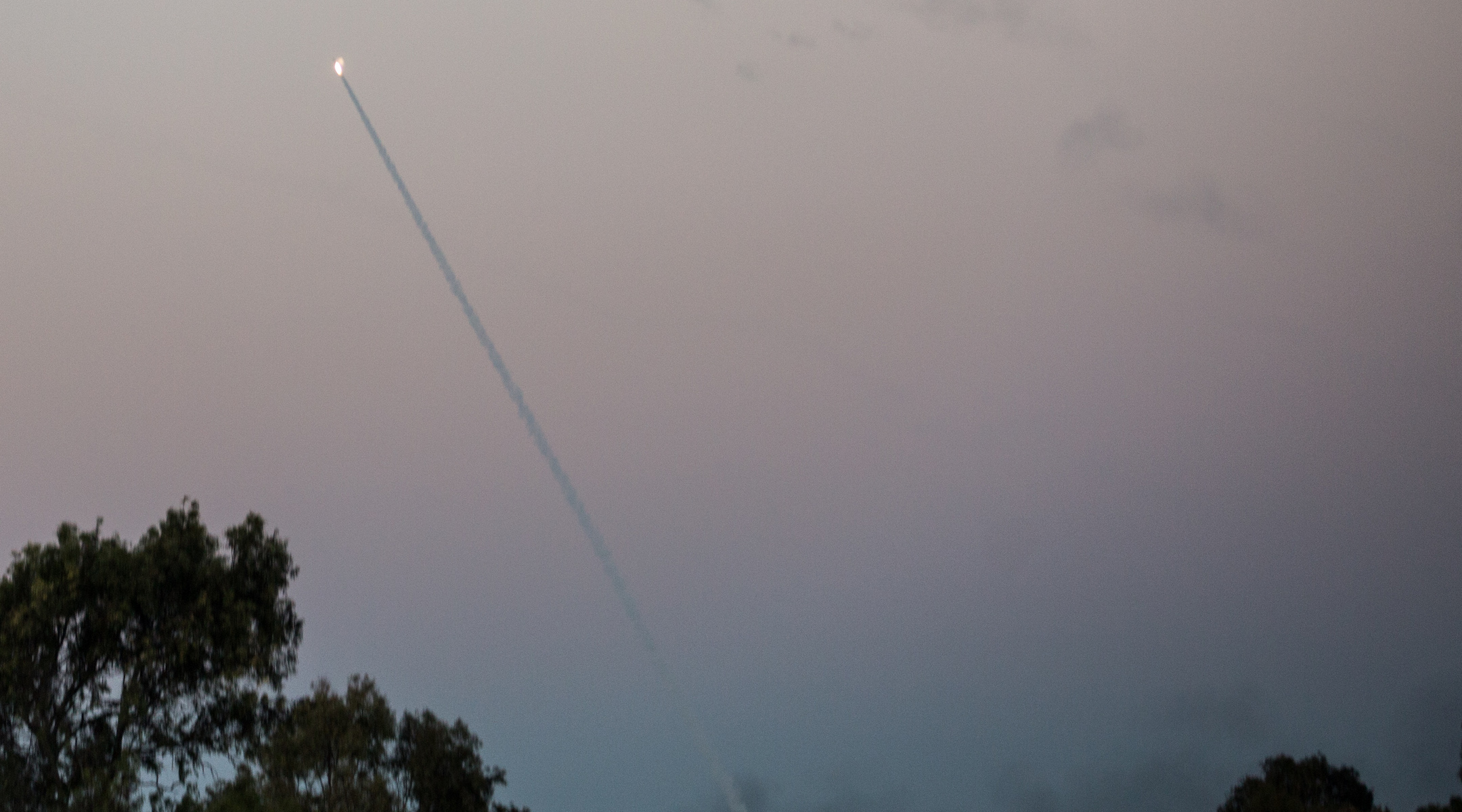 JERUSALEM (JTA) — Israeli troops will remain on alert along the Gaza border as an unofficial cease-fire appeared to be in effect following a barrage of rocket fire from Gaza.

Israeli officials worry that violence could return over the weekend when large Hamas-led protests are set to be held along the Gaza border to mark the one-year anniversary of the weekly Great March of Return protests.

The army’s chief of staff, Aviv Kochavi, in a visit Wednesday to the border ordered troops to be prepared for “various scenarios in the region,” the Israel Defense Forces said in a statement. Kochavi also was referring to two additional brigades, one infantry and one armored, that were called up hours after a rocket fired from Gaza slammed into a home in central Israel, injuring seven.

The cease-fire apparently in effect Wednesday came after a night in which rockets were launched at Gaza border communities, and then another early in the morning at the coastal city of Ashkelon, which was intercepted by the Iron Dome missile defense system.

Schools in southern Israel were open Wednesday after being closed the day before following a night in which 60 rockets were fired at southern Israel.  Some 30 percent of students did not show up, however, Ynet reported.