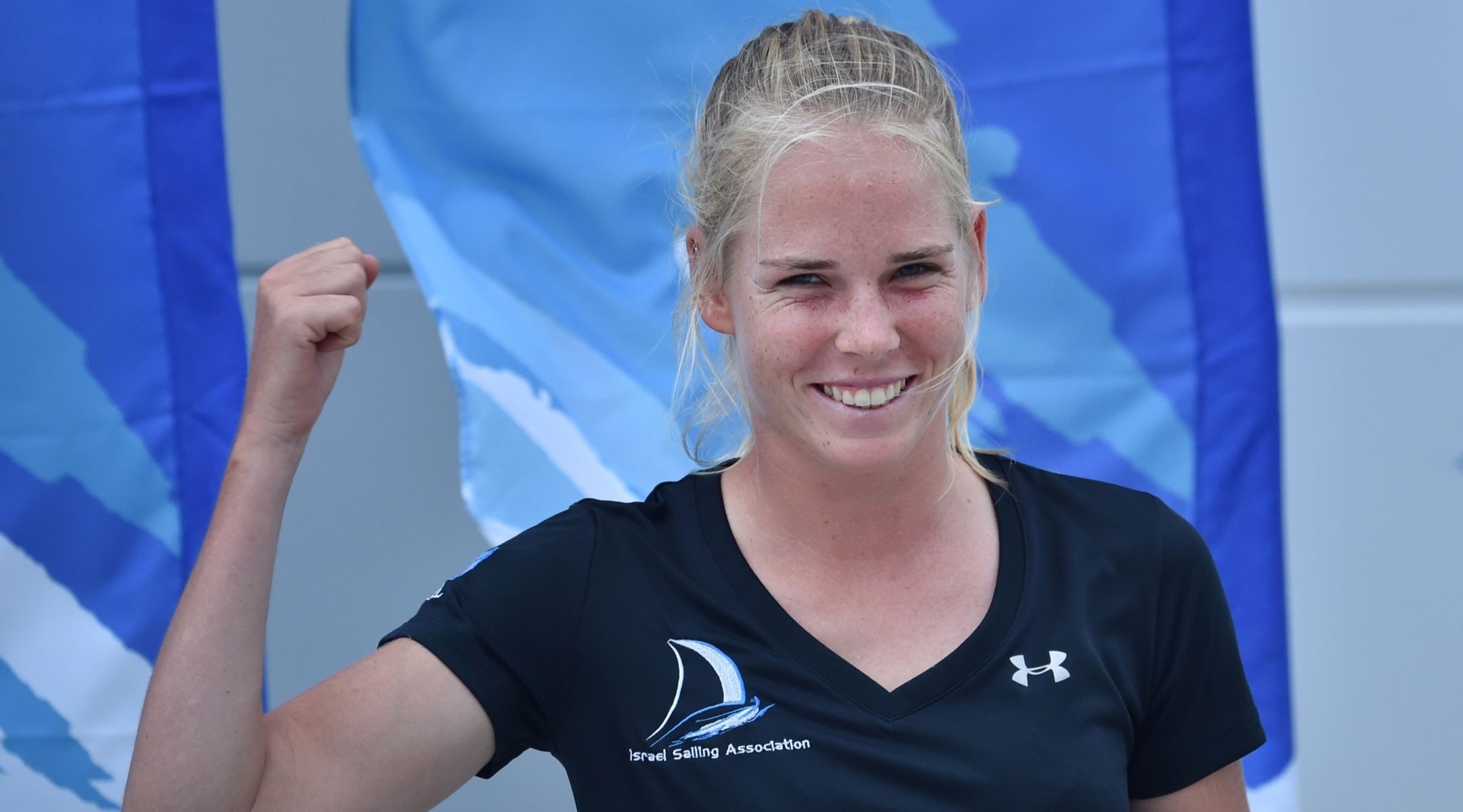 (JTA) — An Israeli windsurfer is one step closer to qualifying for the 2020 Tokyo Olympics after earning the silver medal in the world championships.

Katy Spychakov, 20, came in second on Saturday at the RS:X World Championships at Lake Garda in Italy.

She also won a gold medal in the under-21 World Championship, Haaretz reported.

It is the first Israeli medal in the sport since 2014, according to reports.

Also, on Saturday, Israeli runner Lonah Chemtai Salpeter collapsed during a marathon in Doha, Qatar, while running in fifth place and did not finish the race.

The World Athletics Championships race was held in extreme heat conditions, and 23 of 64 runners failed to complete the course.

She will need to achieve a time of 2 hours, 29 minutes, 30 seconds in a later race in order to qualify for the Tokyo games in 2020.