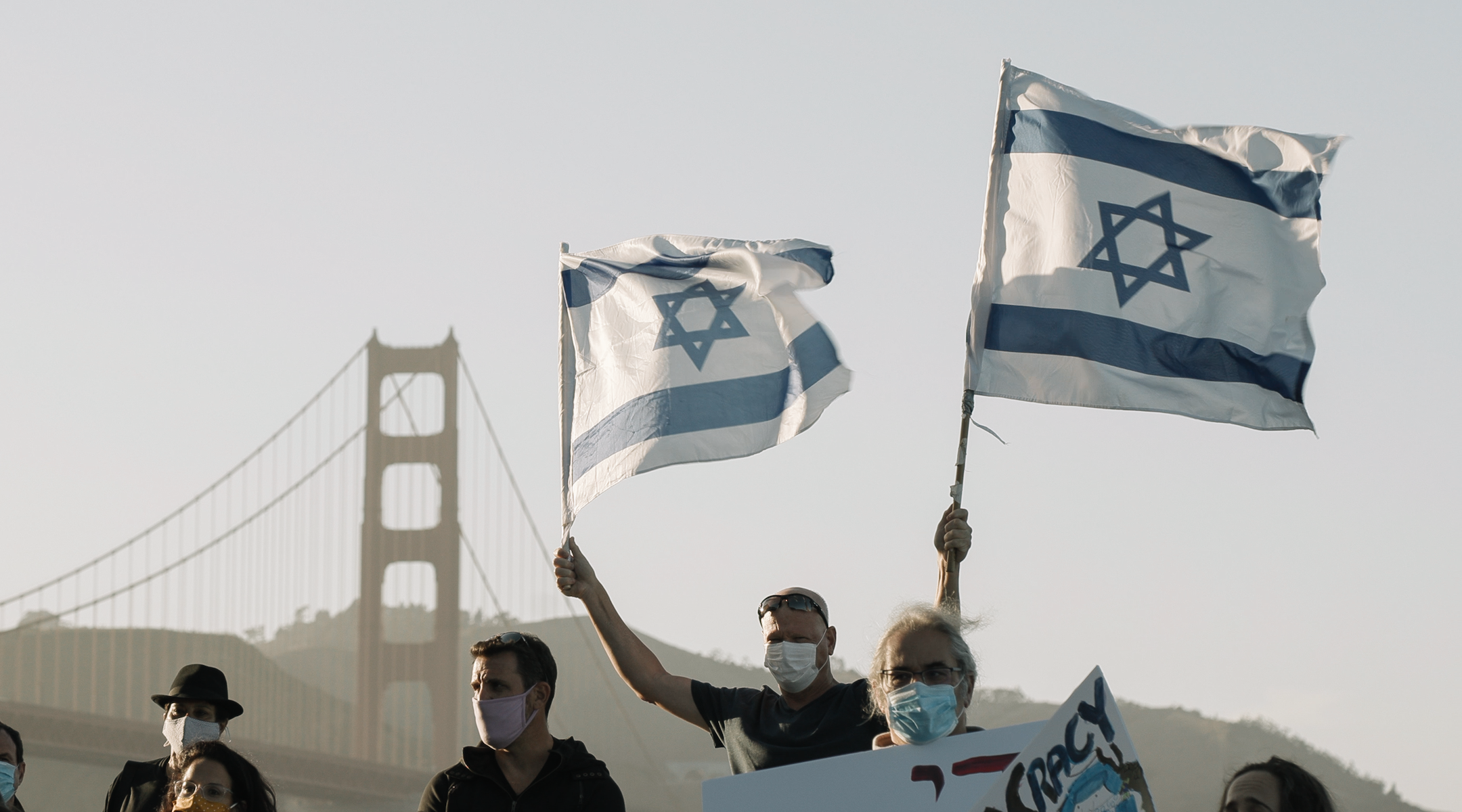 About 150 Israelis joined a protest in San Francisco Saturday in solidarity with the sweeping anti-government protests in Israel. (Courtesy of Rachel Batish)
Advertisement

JERUSALEM (JTA) — Israelis living in the United States demonstrated against what they called anti-democratic regulations and the weakening of democracy in Israel, adding to massive rallies taking place throughout Israel this weekend.

About 150 Israeli expats demonstrated at Crissy Field next to the Golden Gate bridge on Friday night, an organizer, Rachel Batish, told the Jewish Telegraphic Agency.

The demonstrators carried Israeli flags and signs in Hebrew, as well as black flags representing the anti-Netanyahu “Black Flag Movement” in Israel. A protest was also scheduled for Sunday in New York City’s Washington Square Park, and Haaretz reports that rallies are also being organized in Los Angeles, Seattle and other US cities, as well as in international cities including Berlin, London and Melbourne.

The international protests come as protests in Israel continue to grow. An estimated 10,000 people protested outside of the prime minister’s official residence in Jerusalem on Saturday night, joined by thousands of others at some 250 of the largest intersections throughout the country, and in front of the Netanyahu’s private home in Caesarea.

Some 12 protesters were arrested at the Jerusalem protests, and clashes between police and protesters occurred after midnight as police physically removed remaining protesters. Netanyahu again criticized the protests Sunday, calling them “an attempt to trample democracy,” while Alternate Prime Minister and Defense Minister Benny Gantz defended the right to protest while calling on demonstrators to avoid violence.