Israel’s own Air Force One has first test flight 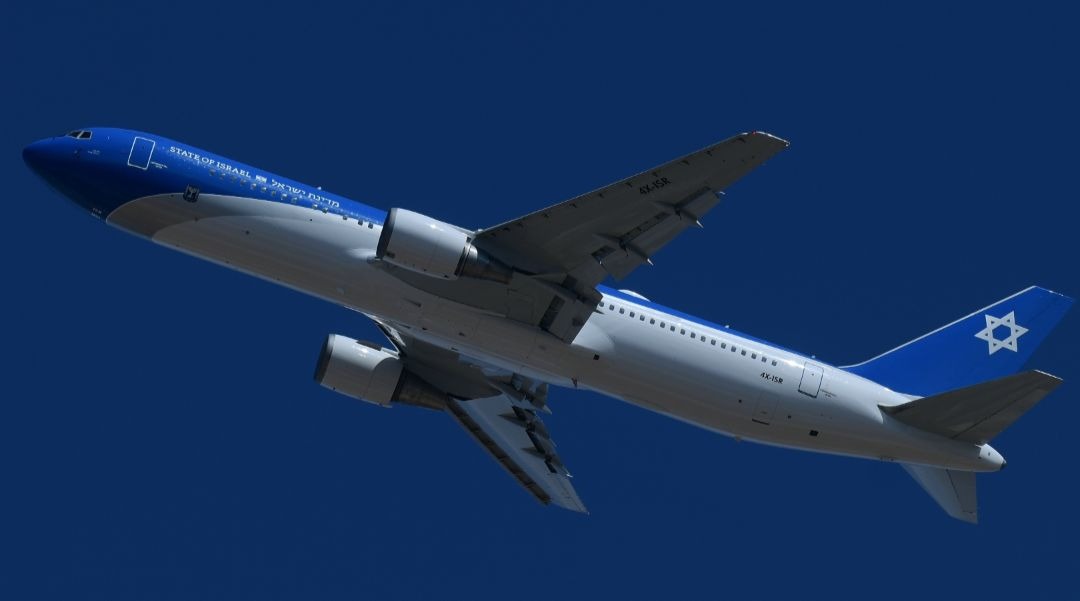 Israel's own Air Force One, which will serve the Israeli prime minister and president on official trips abroad, seen on its first flight test above Tel Aviv, on Nov. 3, 2019. (Tomer Neuberg/Flash90)
Advertisement

JERUSALEM (JTA) — Israel’s own Air Force One had its first test flight.

The plane, a retrofitted Boeing 767-300ER airliner purchased from Qantas Airlines in 2016, took off on Sunday from Ben-Gurion Airport.

It will serve Israel’s prime minister and president on official trips abroad.

The purchase and renovation of the plane is estimated to have cost about $170 million. It was renovated by Israel Aerospace Industries, which provided “sophisticated technological systems” that enable secure communications and ensure its safety, Times of Israel reported.

The plane served as a passenger plane for 20 years before it was purchased by Israel.

During a runway test on Thursday, smoke poured from the plane’s left wheel due to a brake malfunction, which led to an emergency alert. The airplane later was cleared for operation.