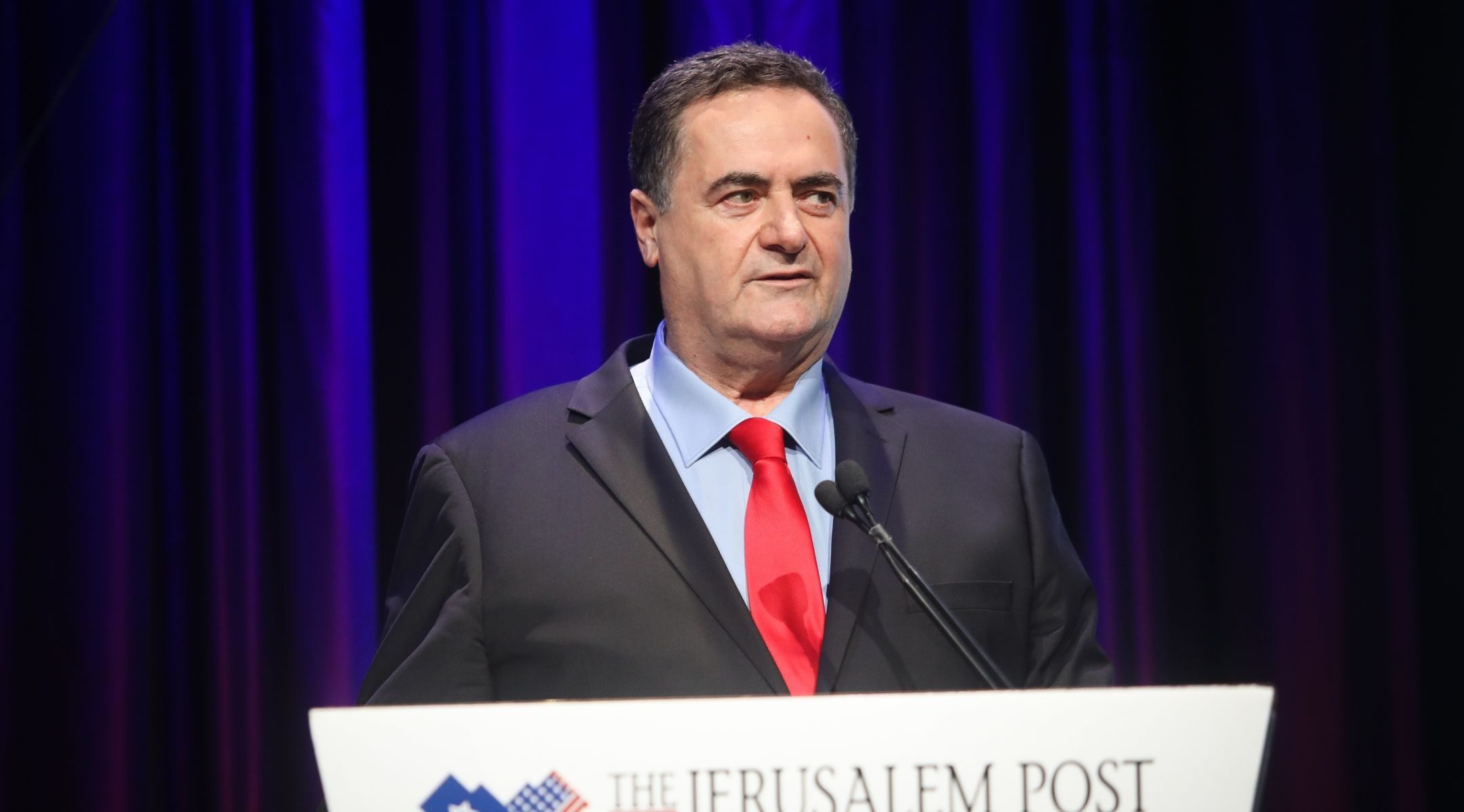 Katz said in a Hebrew-language tweet on Sunday that the political initiative is being undertaken with the backing of Prime Minister Benjamin Netanyahu.

The initiative, he said in the tweet, “will put an end to the conflict (with the Arab states) and allow civilian cooperation until peace agreements are signed.”

He said in the tweet that during his visit to the United Nations last month he presented the plan to the foreign ministers of the Arab states and to White House peace envoy Jason Greenblatt. Katz had attended the U.N. General Assembly in place of Netanyahu, who remained in Israel in the days following the country’s national elections. From the assembly, Katz had tweeted that he had held a meeting with his counterpart from an unnamed Arab country.

The initiative was first reported on Saturday night by Israel’s Channel 12.

The report said that the initiative is meant to promote cooperation as Israel and the Arab gulf states face a common concern over Iran.