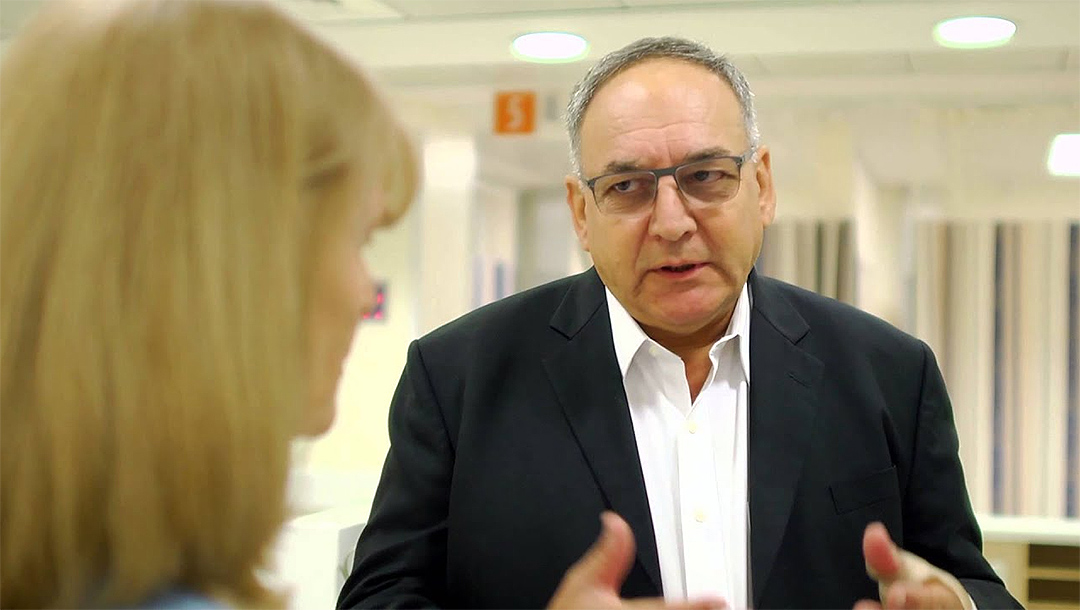 Dr. Zeev Rotstein, shown being interviewed in 2016, said Hadassah’s work in Russia is unconnected to Israeli efforts to develop its own vaccine. (Hadassah International/YouTube)
Advertisement

(JTA) — The director of Hadassah hospital in Israel said his institution’s branch in Moscow is a “partner” in the development of what Russian President Vladimir Putin called the world’s first effective coronavirus vaccine.

Dr. Zeev Rotstein was speaking in an interview Tuesday with an Israeli radio station shortly after Putin’s assertion that the vaccine has been successfully tried on humans — including his daughter.

The interviewer, Dr. Aryeh Eldad, a physician and former commander of the Israel Defense Forces’ Medical Corps, asked: “So Putin’s says he already has a vaccine, you’re saying you haven’t finished checking. Which is it?”

Rotstein replied: “We’re doing it simultaneously. In Russia they decided to do the clinical trial in parallel and collect the data, as is customary in the West, as well as allowing some cases that we call ‘compassion treatments’ for some patients.”

He said Hadassah’s work in Moscow on the vaccine is being led “by the city of Moscow, headed by the mayor, they’re doing fine work, they work differently to us and we adapt our methods to them.”

Hadassah’s work in Russia is unconnected to Israeli efforts to develop its own vaccine, Rotstein said.

Health Minister Yuli Edelstein said Wednesday that Israel will speak with Russia on obtaining a vaccine if it’s effective.