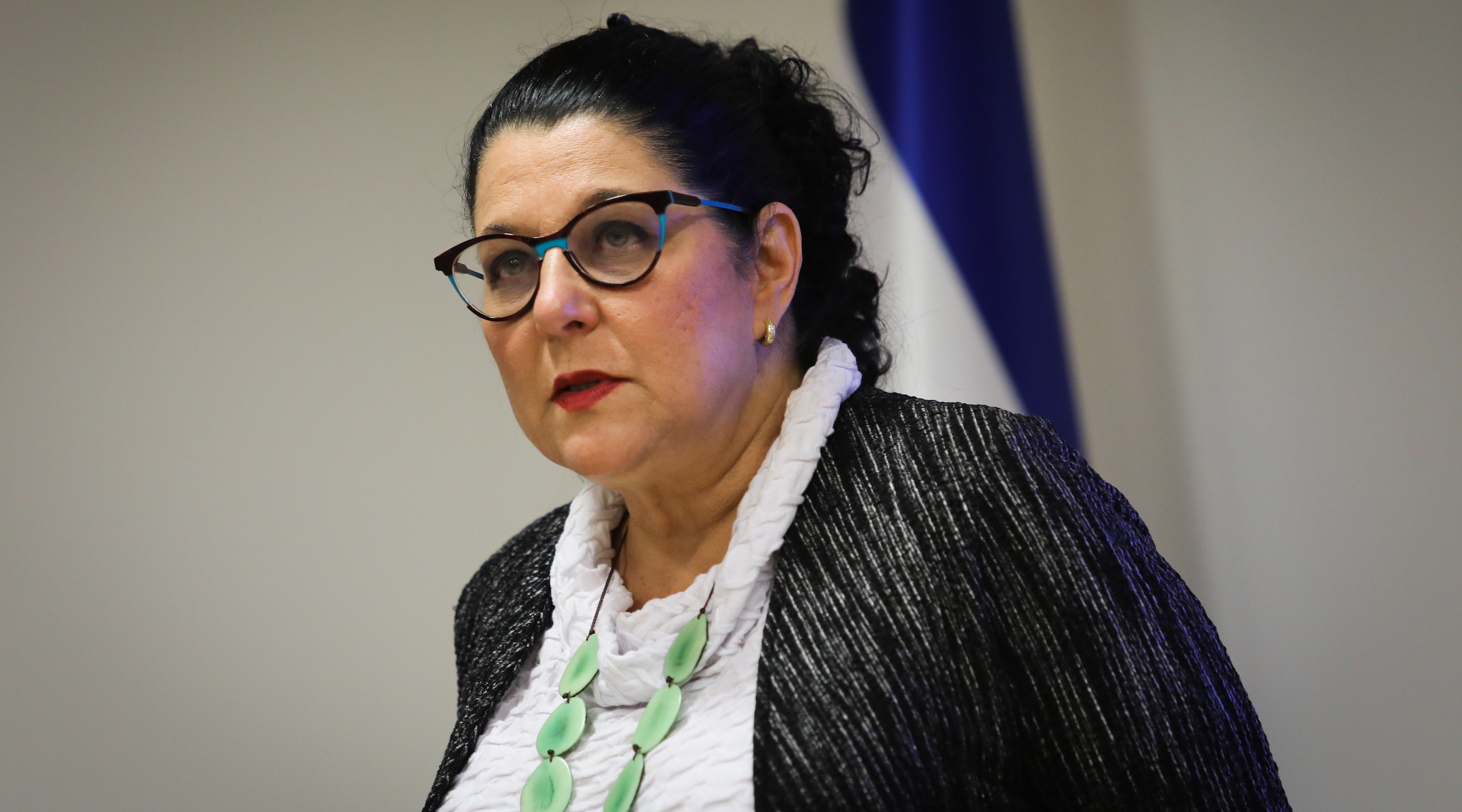 Siegal Sadetzki speaks during a press conference about the coronavirus at the Health Ministry in Jerusalem, May 31, 2020. (Flash90)
Advertisement

JERUSALEM (JTA) — Israel’s director of public health has resigned and criticized the government for its quick reopening of the country following the first wave of the coronavirus pandemic.

Siegal Sadetzki announced she was stepping down in a letter Tuesday morning to the Ministry of Health’s director-general that she also posted on Facebook.

Her resignation came a day after Israel tightened its regulations to halt the sharp increase in COVID-19, which has seen serious cases double since the end of June and 18 deaths in that span. Israel said Monday that it had recorded 1,000 cases in 24 hours, just a little over a month after fully lifting a nationwide lockdown that saw much of the population stuck at home.

Experts have warned that serious cases could overrun the health care system in the coming weeks.

“Our achievements during the first wave have waned due to the economy’s widespread and rapid opening,” Sadetzki wrote. “The transition following the first wave was wider and more hasty than in other Western nations. The treatment of the virus and the way decisions were made fundamentally changed, resulting in the steep rise in morbidity.”

Sadetzki charged the government with valuing the economy more than its citizens’ health.

“The first wave was characterized by professional and ethical leadership, that focused on human lives above anything else,” she said. “My sense is that as time went on, we turned away from a professional, proactive response to events to decision-makers with no authority reacting belatedly to reality.”

The tightened restrictions were released Monday and include closures and limitations.

The government reportedly had planned to shutter yeshivas, but dropped the proposal after the haredi Orthodox United Torah Judaism party threatened to leave the government coalition.

The new measures are based on recommendations from the Health Ministry and must be approved by the Knesset coronavirus committee.

Late Monday, the government approved a law that would allow emergency coronavirus regulations to be implemented with only a vote of the Cabinet. The regulation would only be rescinded only if rejected by the Knesset or a Knesset committee, or if there were no vote by one of those bodies within seven days, The Jerusalem Post reported.

Israel has had 31,186 confirmed cases of coronavirus and 338 deaths.