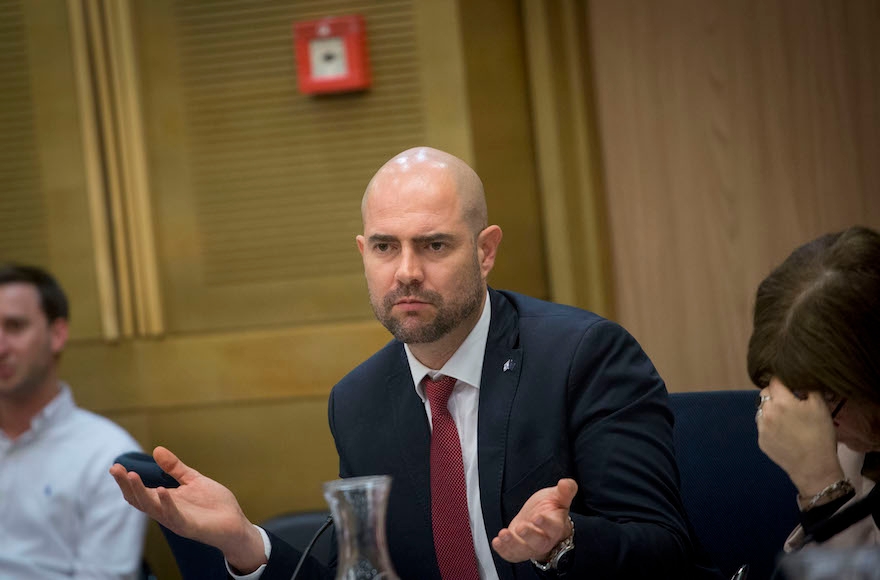 Esther Hayut made the remark after Amir Ohana suggested that not every high court ruling must be enforced if it goes against his view of what is needed to keep citizens safe.

Ohana, a loyalist of Prime Minister Benjamin Netanyahu who was appointed last week, also said in the interview Wednesday that he supports any prospective legislation that would grant the prime minister immunity from prosecution while in office. Netanyahu is facing indictment in at least three corruption cases against him.

In his first interview since his appointment and on the day of his swearing-in, Ohana told Israel’s Channel 12 News that he was prepared to disobey Supreme Court rulings, echoing similar comments made earlier this year. He later clarified his comments in a Facebook post, saying that he “gave an example of an extreme case that happened in reality.”

Hayut responded the following day, saying that a justice minister “who chooses to share with us an unprecedented and irresponsible legal outlook that not every ruling of the court has to be respected should be viewed with gravity.”

“In other words, every litigant can now, with the blessings of the justice minister, choose which judgment to uphold and which to not. I want to say only one thing about this: This is the short road to anarchy.”

He added: “We need to respect the courts’ decisions. I have always done so and that’s what I believe.”