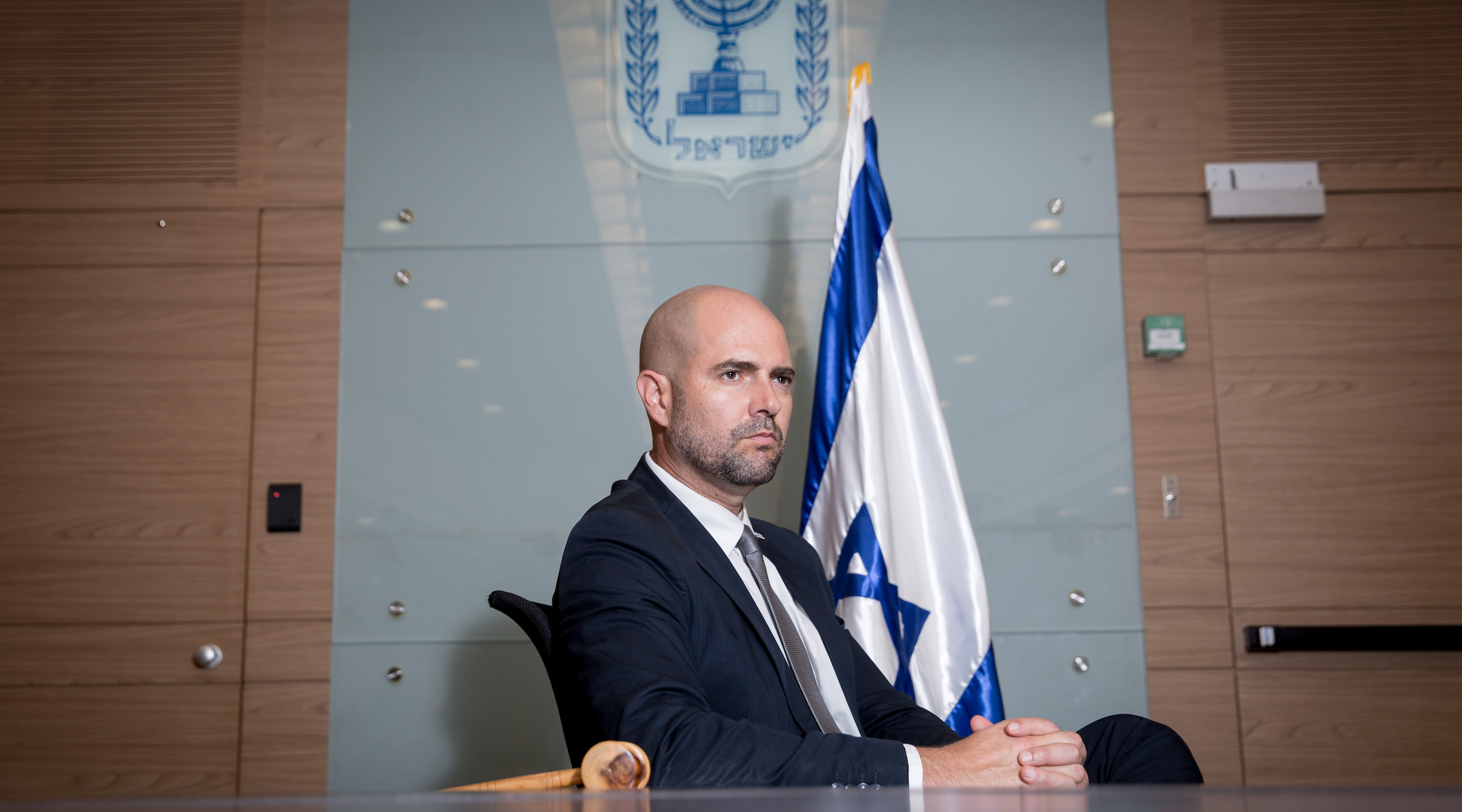 (JTA) — Israel will have its first openly gay government minister.

His appointment comes days after Prime Minister Benjamin Netanyahu fired the acting Justice Minister Ayelet Shaked, who had continued in her position despite not earning a spot in the 21st Knesset after April’s elections. Cabinet ministers don’t have to be members of Israel’s parliament, but, after Netanyahu failed to form a ruling coalition after the vote, he said that it would be inappropriate for her and another unelected member of her party, Education Minister Naftali Bennett, to remain in their positions until new elections are held Sept. 17.

A criminal law attorney who previously worked for the state attorney’s office, Ohana was first elected to Knesset in 2015, replacing another Likud Party lawmaker who resigned.

The statement from the Prime Minister’s Office emphasized Ohana’s experience with the justice system, but Israeli publications noted that he is a Netanyahu loyalist who first and foremost supports legislation that would grant Netanyahu immunity from prosecution in the at least three corruption cases against him.

Ohana also headed the committee that wrote the controversial nation-state law, which states Israel is not a country of all of its citizens but a Jewish state.

Ohana may have additionally been a more palatable choice than Betzalel Smotrich of the right-wing Union of Right Wing Parties, who has been demanding the Justice Ministry portfolio. It is not known whether Smotrich was even in the running, but he definitely damaged his chances on Monday when he said that he wanted to run the country according to the Torah, and “go back to operating as it did in the days of King David and King Solomon.”

“There goes the halacha state,” a Likud Party spokesman reportedly quipped after the announcement of Ohana’s appointment, using the term for religious law.

Does he have job security?

Netanyahu originally announced that he would keep the justice and education portfolios for himself until the new elections, but changed his mind after some complained that it was wrong for him to act as justice minister while under the threat of indictment.

Ohana’s term will be short due to the new elections, but some news outlets report that he could hang on to the portfolio in the next government if Netanyahu has any say.

“He won’t be much of a justice minister,” Haaretz columnist Yossi Verter wrote. “This is a transitional government where there is no Knesset and no Ministerial Committee for Legislation. He will influence the way the system is run about as much as the sleepy guard at the Justice Ministry headquarters on Jerusalem’s Salah e-Din Street.”

Verter also noted that during his tenure in Knesset, “Ohana hasn’t made any particular effort to advance interests of the LGBTQ community. His consistent excuse was his commitment to coalition discipline. Over time this evolved into personal discipline in service of the leader, and on Wednesday he got his reward.”

Is he good for the LGBTQ community?

Ohana’s loyalty to the conservative Likud is puzzling. In November, the Knesset voted down an amendment to the country’s surrogacy law that would have allowed same-sex couples to have children by surrogacy in Israel, rather than forcing them to go to other countries at great expense and emotional hardship. Netanyahu and most of the coalition voted against the amendment, authored by Ohana, with Netanyahu saying he was afraid of angering the haredi Orthodox parties in his coalition and bringing down the government.

Ohana has a husband, twin children born through a surrogate in the United States and a harrowing story of not being with the babies when they were born prematurely.

Meanwhile, Israel’s LGBTQ Task Force called his appointment a “historic milestone” and said he could make a difference even as an interim minister, pointing to things under his authority that do not require government approval.

Those include softening the protocols for transgender people in the committee for gender reassignment, creating new and better procedures for recognizing the non-biological parents of children born via surrogacy, and revamping the process for allowing LGBTQ parents to adopt children outside of Israel.

Netanyahu is expected to give the education portfolio to a leader of the Union of Right Wing parties, namely Smotrich or union head Rafi Peretz.