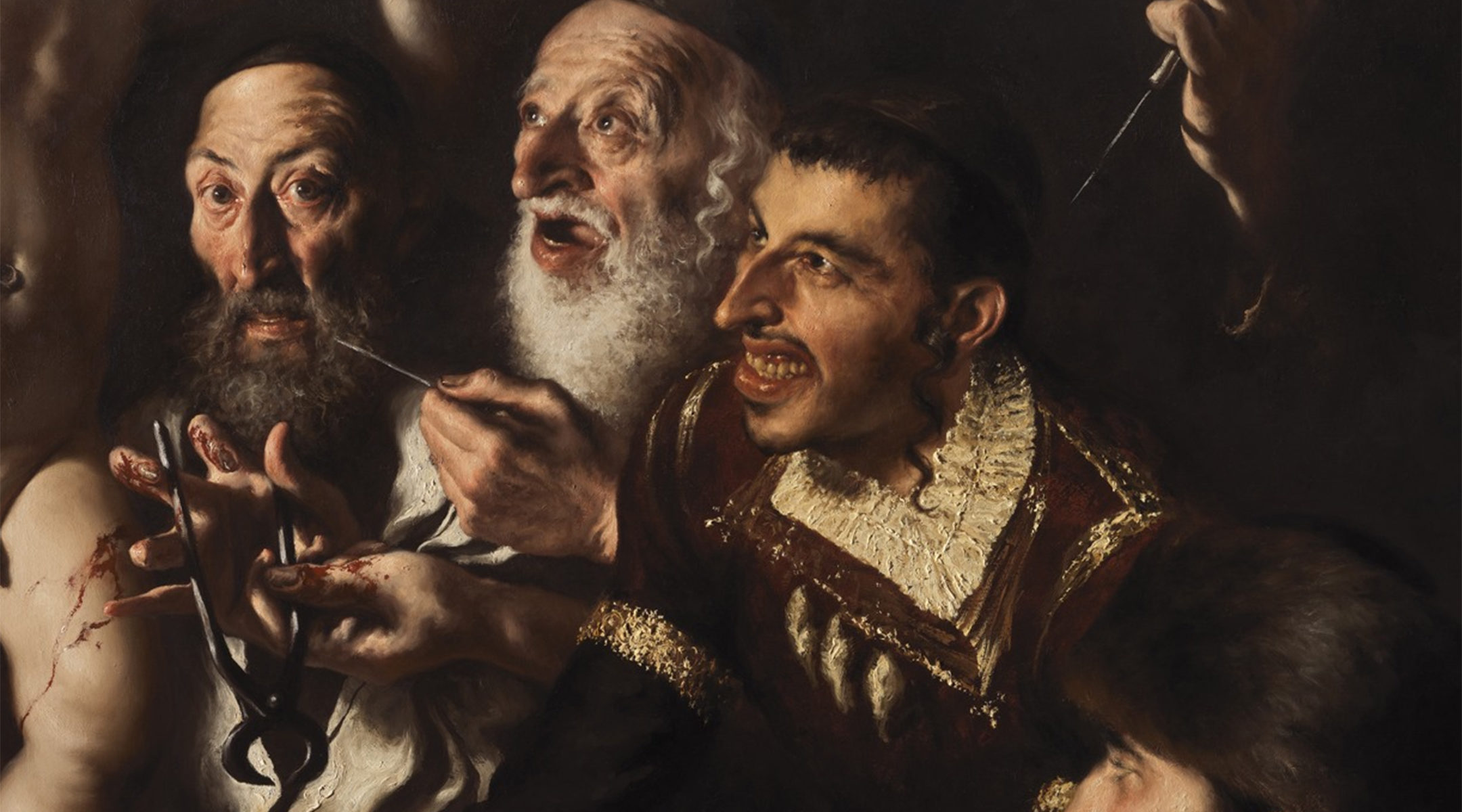 A segment of the painting “The Martyrdom of St. Simon of Trento for Jewish ritual murde.” (Giovanni Gasparro/Facebook)
Advertisement

Giovanni Gasparro uploaded “the Martyrdom of St. Simon of Trento for Jewish ritual murder,” which shows several Jewish men and women, some of them grinning, as they collect blood from the body of an anguished child.

The image, which measures 7 by 5 feet, references a blood libel that led to the execution of several Jews in 1475 as well as numerous anti-Semitic murders. It grew around the disappearance and death of a Christian boy in Trento named Somonino. He was later made a saint and the day of his death, March 24, was included in the Roman martyrology until its removal in 1965.

Gadi Luzzatto Voghera, the director of the Milan-based Center of Contemporary Jewish Documentation, labeled the painting unveiled Tuesday a form of “typical anti-Semitism where the Jew is dirty, slimy, thirsty for innocent blood, led by a fake religion.”

Luzzatto Voghera in an op-ed Friday for the Moked Italian-Jewish website also pointed out some historical inaccuracies in the painting, including the fact that three of the Jews depicted are wearing a fur hat known as a shtreimel.

“As the painter evidently does not know, that headdress derives directly from the tradition of the Hasidim in 18th century Ukraine and Belarus, who imitated local nobility in a place and time quite distant from Trento of 1475.”

Gasparro, 36, who is based in Bari, typically deals with Christian themes in his work, which has been honored by the Catholic Church.