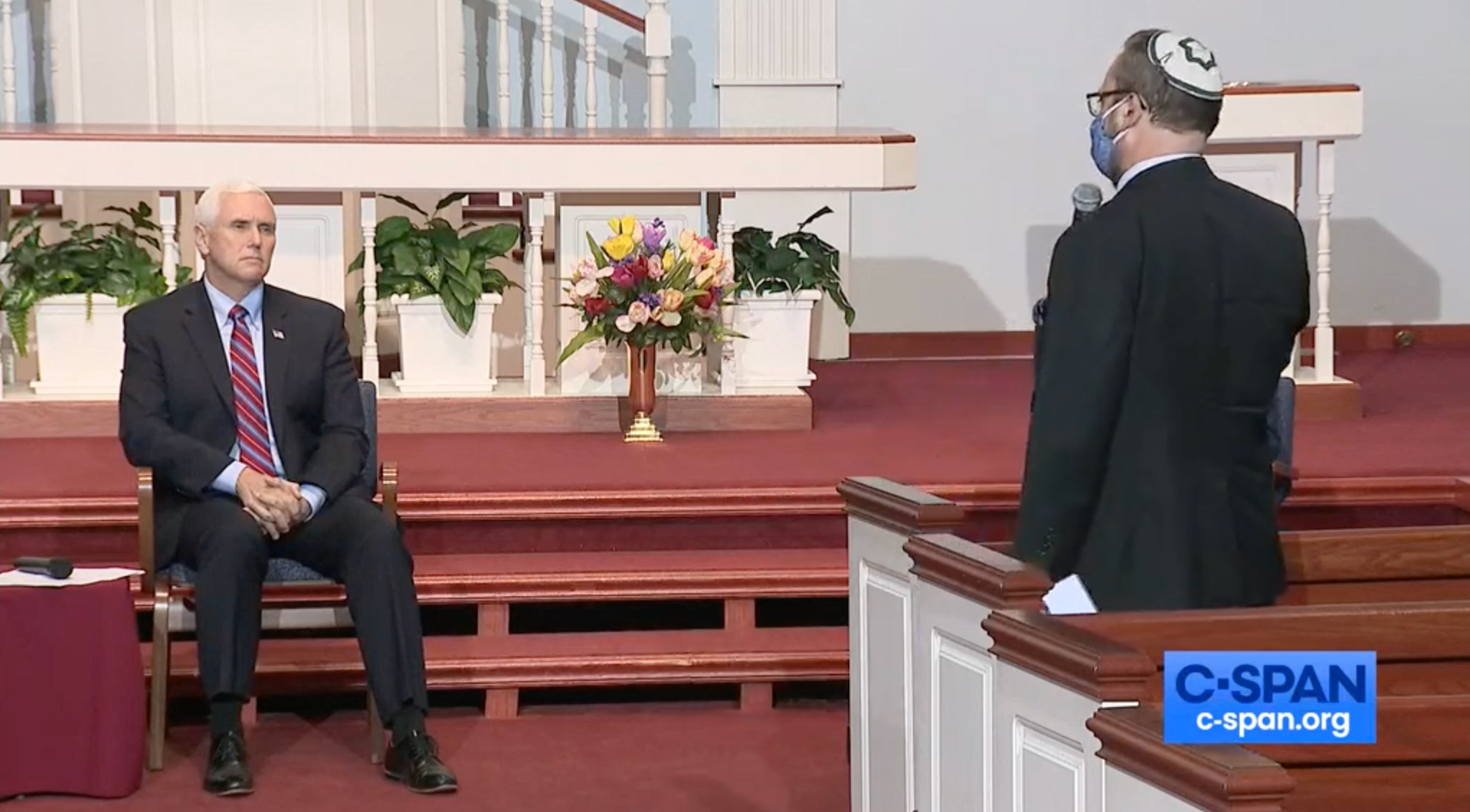 Rabbi David Kaufman told Vice President Mike Pence that he does not think it is safe to resume in-person services. (C-SPAN screenshot)
Advertisement

(JTA) — Some of the religious leaders who met with Vice President Mike Pence in Iowa on Friday said they were eager to get back into their houses of worship in the coming weeks.

Not David Kaufman, the rabbi of Temple B’nai Jeshurun, a Reform congregation in Des Moines.

“We are pretty much in a position of uniformly believing that it’s too early to return to personal worship,” Kaufman told Pence during the vice president’s visit to Westkirk Presbyterian Church in Urbandale. Wearing a mask and a Star of David kippah, he added, “It’s inadvisable at the moment, especially with rising case counts in the communities in which most of our congregations are across the state.”

Kaufman, who said he recently had a quadruple bypass heart surgery, told Pence that most people who attend services in his congregation are especially high risk for coronavirus complications. He said more testing for the virus or for antibodies, as well as a vaccine, would be needed for a return to totally normal worship.

Pence told the assembled clergy members, who sat far from each other in Westkirk’s pews, that religion has been a balm for him and many other Americans during the coronavirus crisis so far.

“You kept being there for the people of your church or synagogue,” said Pence, who did not wear a mask during the meeting. “It’s made an incalculable difference to our nation seeing its way through troubled times.”

Jewish communities across the country are proceeding cautiously as states begin to lift restrictions imposed to stop the spread of the coronavirus. Rabbis in some of the first-to-reopen states told the Jewish Telegraphic Agency that their synagogues would remain closed, and three Orthodox groups issued guidance in recent days calling on communities to wait until long after they are legally allowed to resume services to hold them.