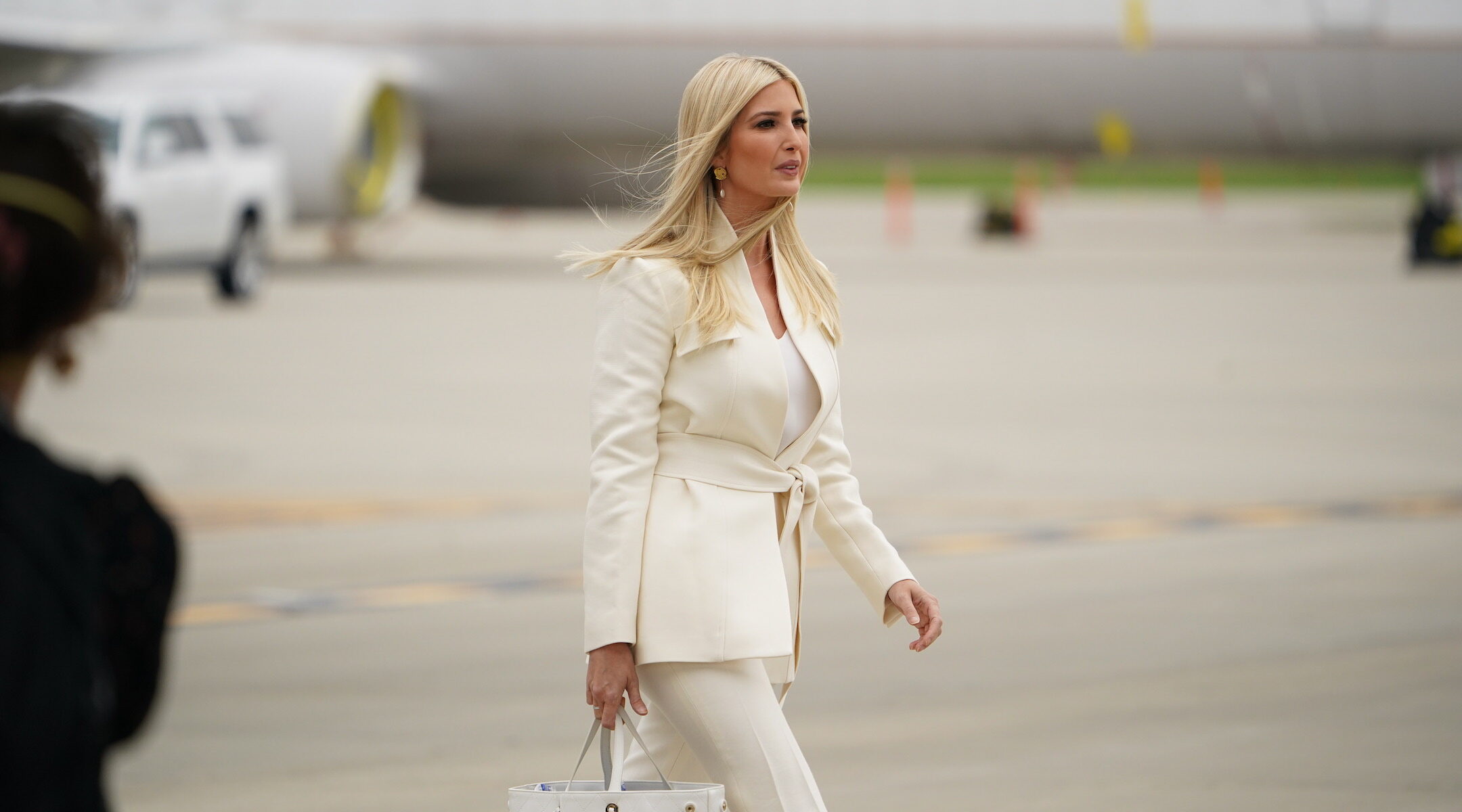 (JTA) — As a mob of pro-Trump supporters breached the Capitol, Trump’s children took to social media to talk to the mob. His Jewish daughter Ivanka Trump is getting particularly hammered for one of her tweets, in which she referred to the violent rioters as “patriots.”

“American Patriots ― any security breach or disrespect to our law enforcement is unacceptable,” she wrote Wednesday. 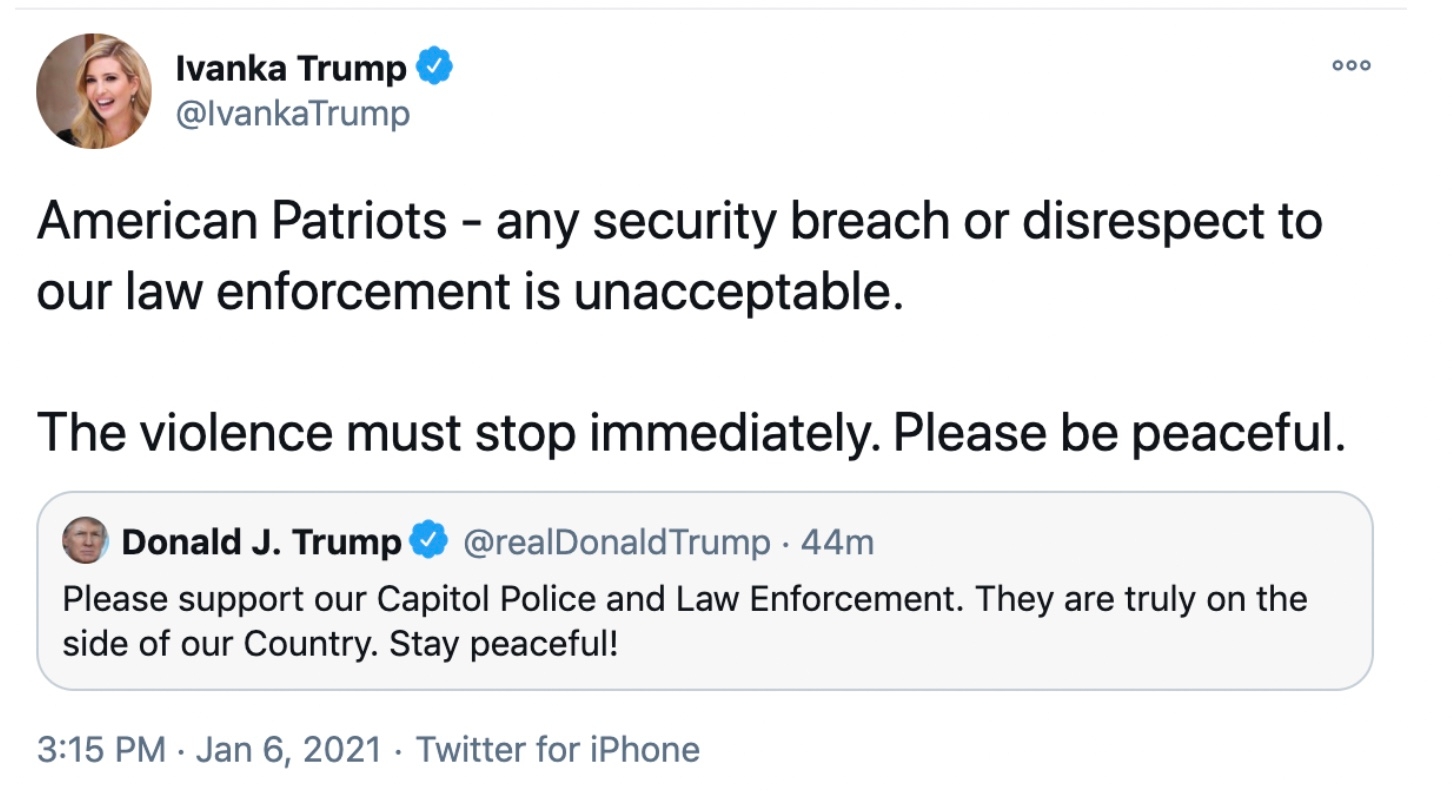 The backlash was immediate, as many on Twitter pointed out that Ivanka is Jewish and many of the rioters sported anti-Semitic symbols and sayings on their clothing. At least one man wore a shirt that read “Camp Auschwitz.”