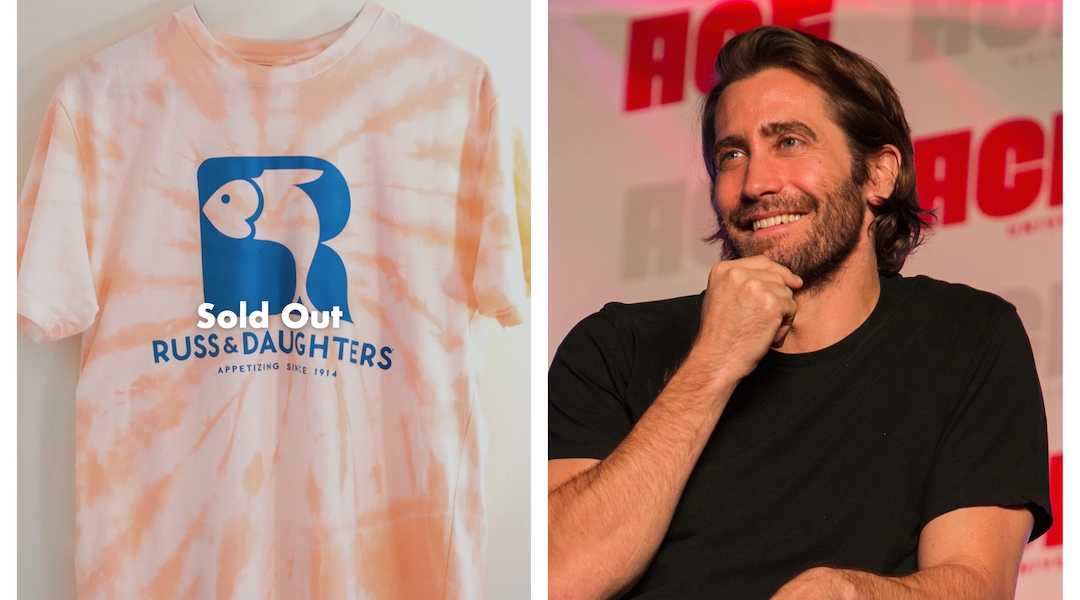 (JTA) — It’s gone like lox on a weekend morning.

The tie dyed T-shirt collaboration between Jewish actor Jake Gyllenhaal and the iconic Russ & Daughters appetizing shop to raise money for independent restaurants has sold out in less than a week.

Some customers who ordered the shirt received a message on Monday saying that delivery of their order will be delayed into September because of the high demand. The shirts went on sale last Tuesday.

Gyllenhaal first made waves with the shirt in April when he completed the “shirtless handstand challenge” on TikTok, which is exactly what it sounds like. A few bored celebrities attempted to put on a T-shirt on while in a handstand after being challenged by “Spider Man” actor Tom Holland. Gyllenhaal’s video, in which he says “Don’t forget to support your local businesses,” went viral.

“For the next month, 100% of the proceeds will go to the Independent Restaurant Coalition, a non-profit group leading lobbying efforts to save independent restaurants,” Russ & Daughters said on the shirt’s page.

The Independent Restaurant Coalition is a lobby group headed by many chefs and restaurateurs with the mission of securing government relief funds to keep independent restaurants alive through the financial hardships that the COVID-19 pandemic has imposed on the industry.

Russ & Daughters has been a family-owned Jewish appetizing store on the Lower East Side of Manhattan in New York City since opening in 1914.