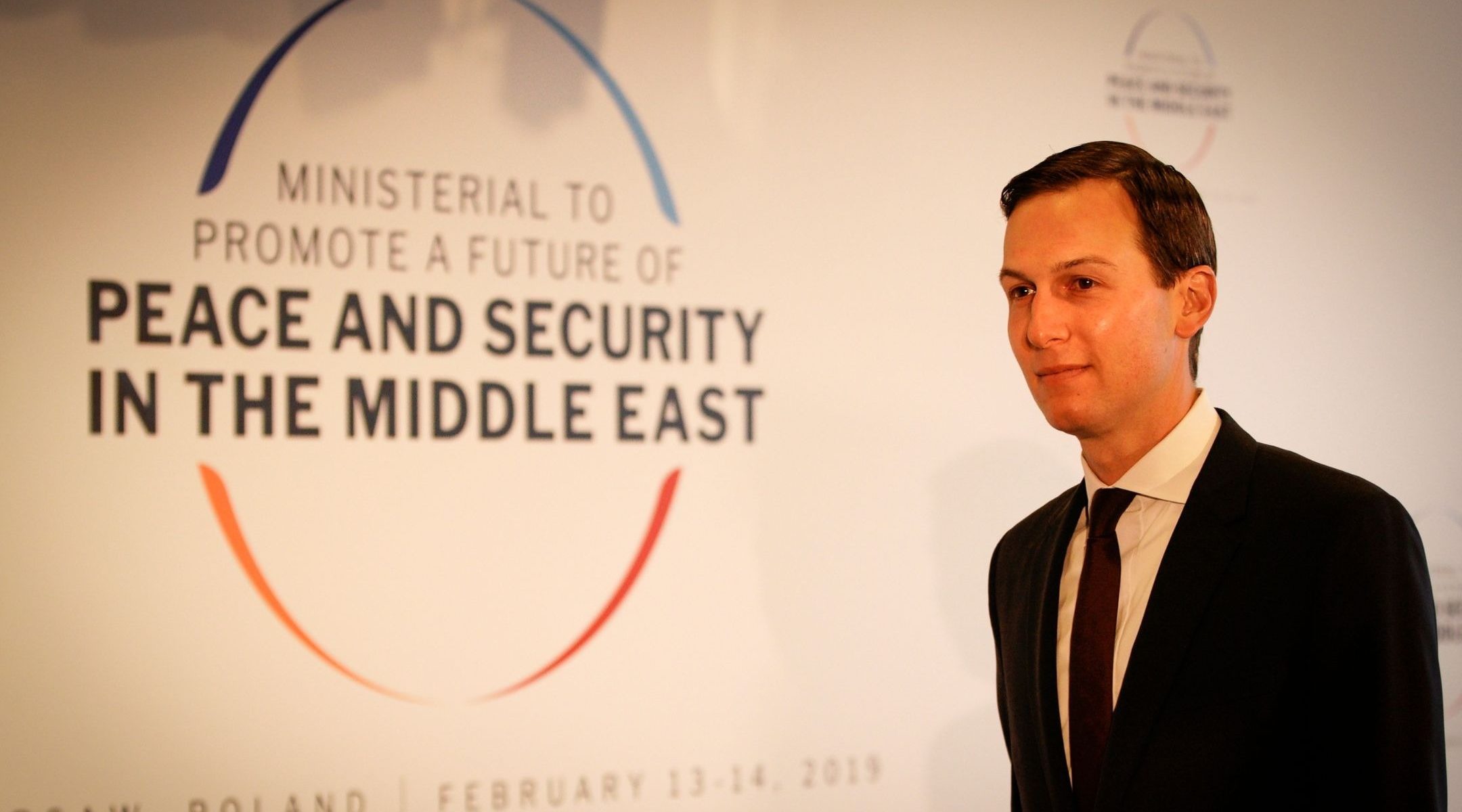 Jared Kushner arrives at a Middle East peace summit in Warsaw, Poland, February 2019. He said the Bahrain summit is not about political issues but economics. (Jaap Arriens/NurPhoto via Getty Images)
Advertisement

WASHINGTON (JTA) — Jared Kushner, the key architect of the Israeli-Palestinian peace plan, launched a conference in Bahrain to advance the economic portion of his plan.

“The Peace to Prosperity vision is a modern framework for a brighter and more prosperous future,” Kushner said Tuesday in the capital city of Manama.

Kushner, a leading adviser to President Donald Trump as well as his son-in-law, said his economic program did not preclude a political program for peace, which his team, charged by Trump with coming up with a Middle East peace deal, plans to unveil at a future date.

The Palestinian Authority is boycotting the conference, in part because of signals from Kushner’s team that the as-yet unseen political component of the plan does not have Palestinian statehood as a bottom-line outcome.

The Trump administration did not invite Israeli officials, though Israeli businessmen are on hand, according to reports.