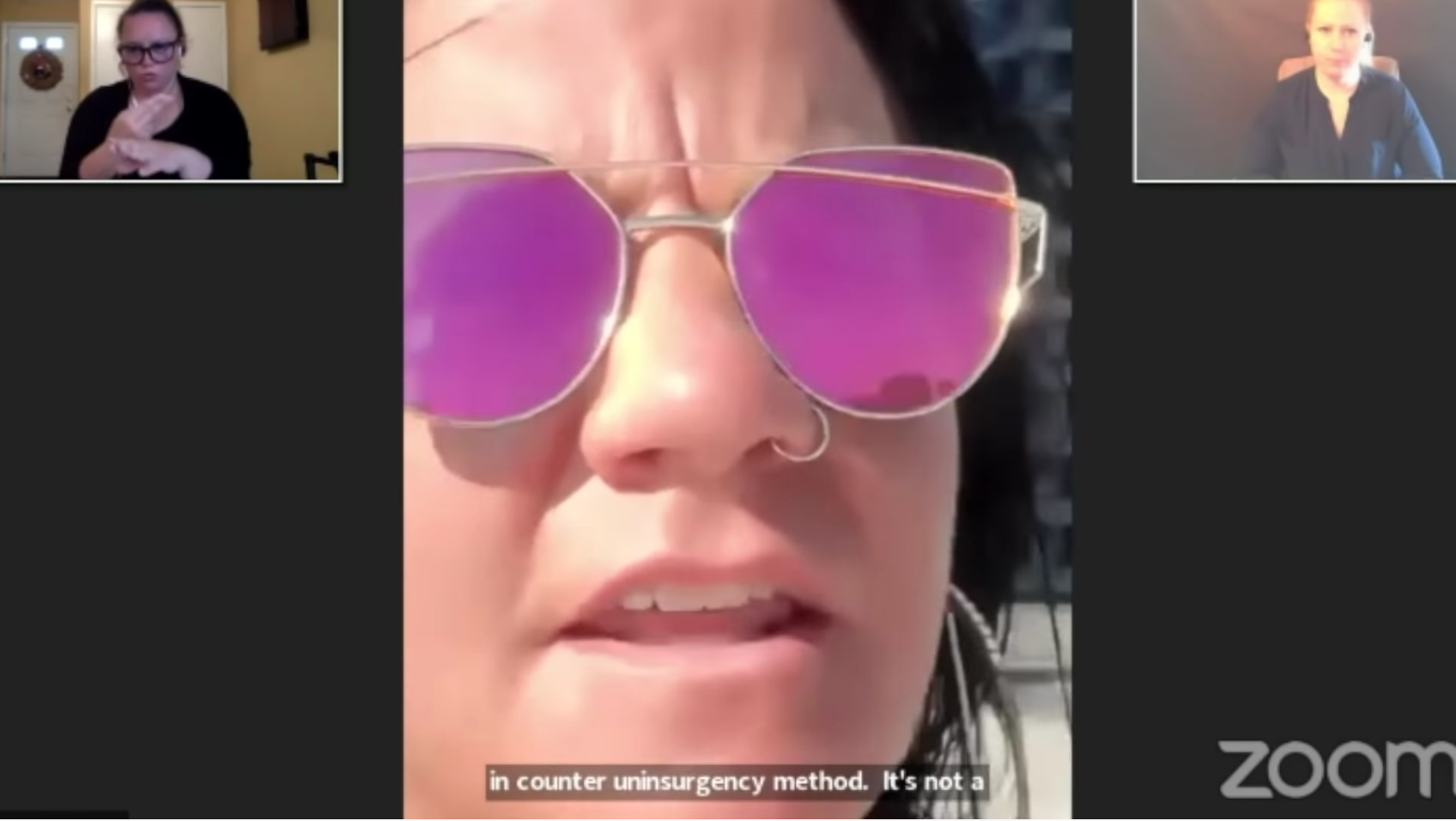 Jessica Krug, seen here testifying in a June New York City Council hearing, announced that she had adopted an Afro-Latina identity despite growing up in a white Jewish family. (Screenshot)
Advertisement

(JTA) — The George Washington University African history professor who revealed that she had fabricated an Afro-Latina identity grew up attending Jewish day school and a Conservative synagogue outside of Kansas City.

In her Medium post Thursday announcing her decades-long deception, Jessica Krug said she had “eschewed my lived experience as a white Jewish child in suburban Kansas City under various assumed identities within a Blackness that I had no right to claim: first North African Blackness, then US rooted Blackness, then Caribbean rooted Bronx Blackness.”

Krug attended Hyman Brand Hebrew Academy, a nondenominational Jewish school, at least through middle school, and her family belonged to Congregation Ohev Sholom in suburban Prairie Village, a person who grew up in the community at that time told the Jewish Telegraphic Agency.

Her father had been a member of a local Orthodox synagogue before moving to Las Vegas, where he died in 2017, according to a death notice that lists Jessica Krug as his daughter.

In June, Krug delivered testimony virtually in a New York City Council meeting in which she criticized the New York Police Department as being trained by the Israeli army. Police officers from across the United States have received training in Israel, in an arrangement frequently criticized by pro-Palestinian activists. Organizers of the trainings maintain that they are leadership seminars that do not encourage police brutality or teach physical, on-the-ground tactics.

Krug’s story has captivated widespread interest, with many likening her to Rachel Dolezal, the white Washington State woman who was revealed in 2015 to have adopted a Black identity.