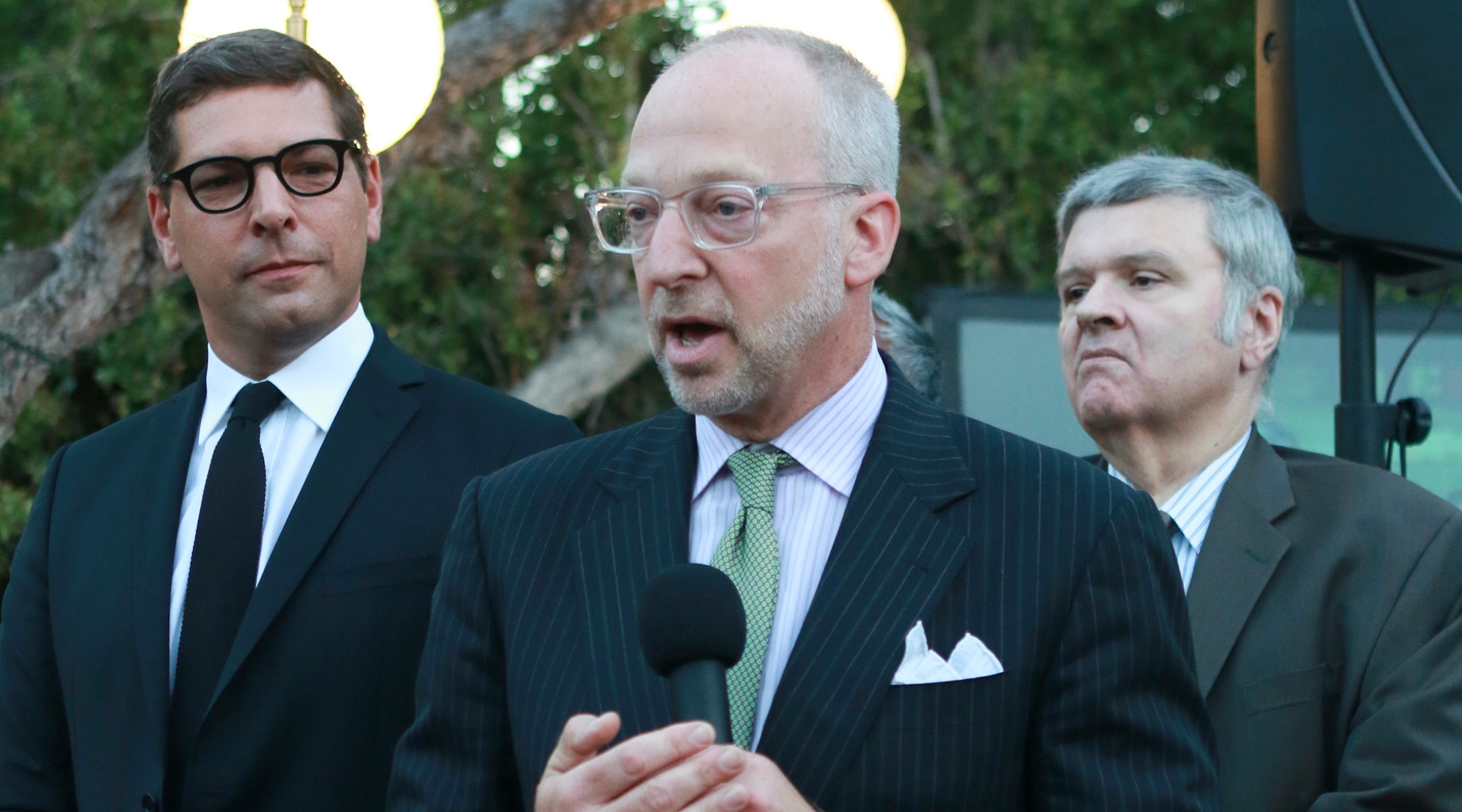 Jacobs, who served as Garcetti’s chief of staff until 2017 and currently serves as a senior political adviser, announced the leave on Tuesday though he did not address the allegations, The Los Angeles Times reported.

“I don’t want this to be a distraction. Therefore, I will take a leave from my non-profit work and my volunteer political work with the mayor,” Jacobs said.

Over the summer, a Los Angeles police officer who served as Garcetti’s body guard said he was harassed by Jacobs and that Garcetti witnessed but did not stop the behavior. On Monday, journalist Yashar Ali also accused Jacobs of forcibly kissing him repeatedly. The Times also said that two other men said they had been touched or harassed by Jacobs.

On Tuesday, Garcetti, who had previously stood by his aide, released a statement saying he takes “seriously all allegations of harassment” and that Jacobs had taken a leave.

Both Jacobs and Garcetti are Jewish; Garcetti’s aide is not also the head of the Union for Reform Judaism, with whom he shares the same name.