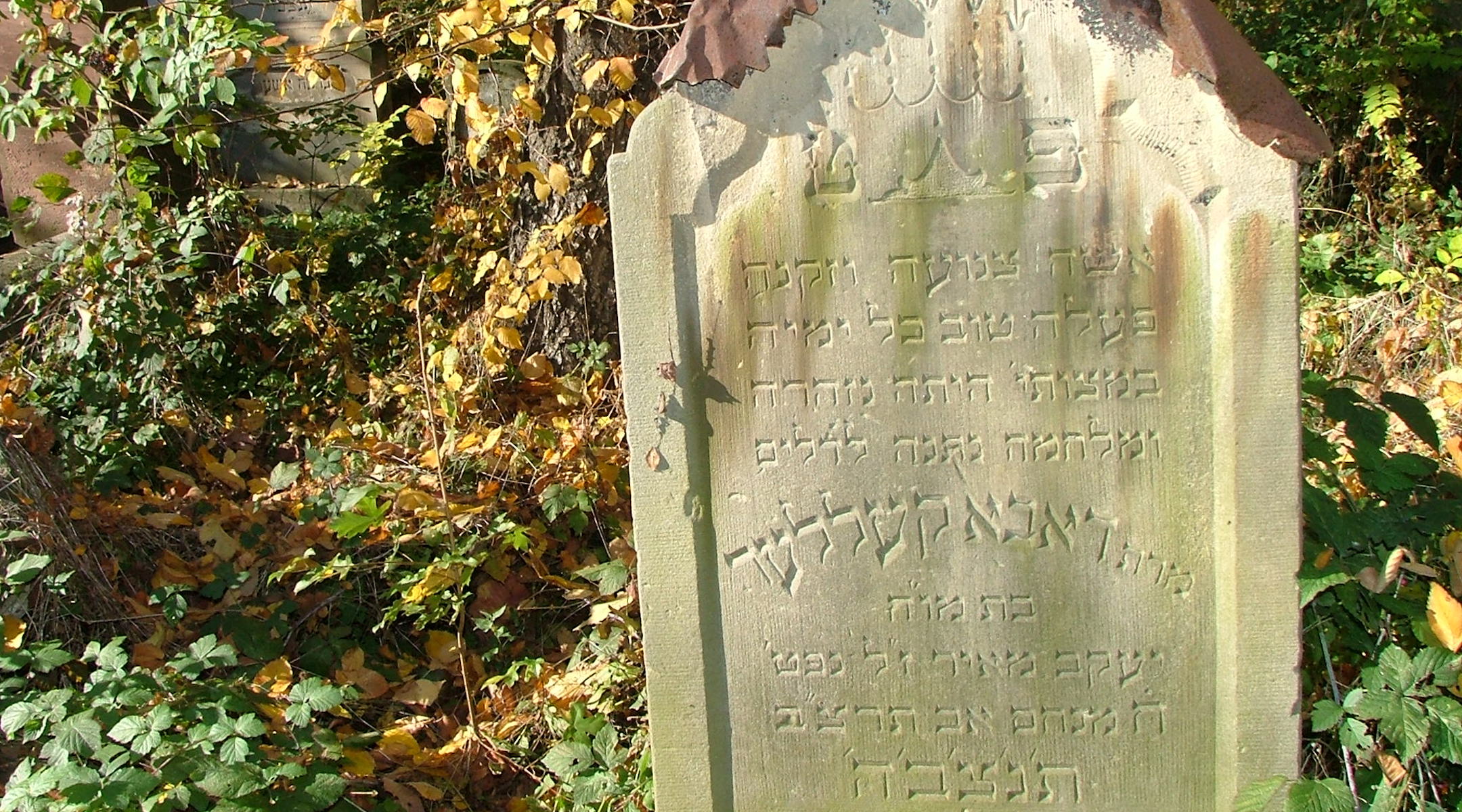 A grave at the Jewish cemetery in Tarnow, Poland. (Emmanuel Dyan/Flickr)
Advertisement

WARSAW, Poland (JTA) — A wall of the Jewish cemetery in Tarnow, a city in southern Poland, was spray-painted with the letters “AJ,” likely meaning “Anti-Jude,” or anti-Jewish.

The wall’s Star of David was painted over as well. Police are investigating; there are no suspects.

According to the cemetery keeper, Adam Bartosz, because the wall is brick, removing the spray-paint will not be easy, and scraping the paint will leave traces.

“Maybe we’ll leave it as a testimony of stupidity,” said Bartosz, who was quoted by Krakow Radio.

Tarnow Mayor Roman Ciepiela condemned the act and posted on Facebook that town residents should “do everything to make the language of violence and contempt for others disappear once and for all from Tarnow’s public space.” Tarnow, which is about 45 miles from Krakow, has a population of over 100,000.

Last July, the cemetery was vandalized just after an $800,000 renovation.

Established in 1581, the cemetery was added to the registry of protected monuments in 1976.

Before World War II, about 25,000 Jews lived in Tarnow. Most were murdered in the Belzec and Auschwitz concentration camps.