Jewish communities give $700,000 to victims of New Zealand mosque attacks 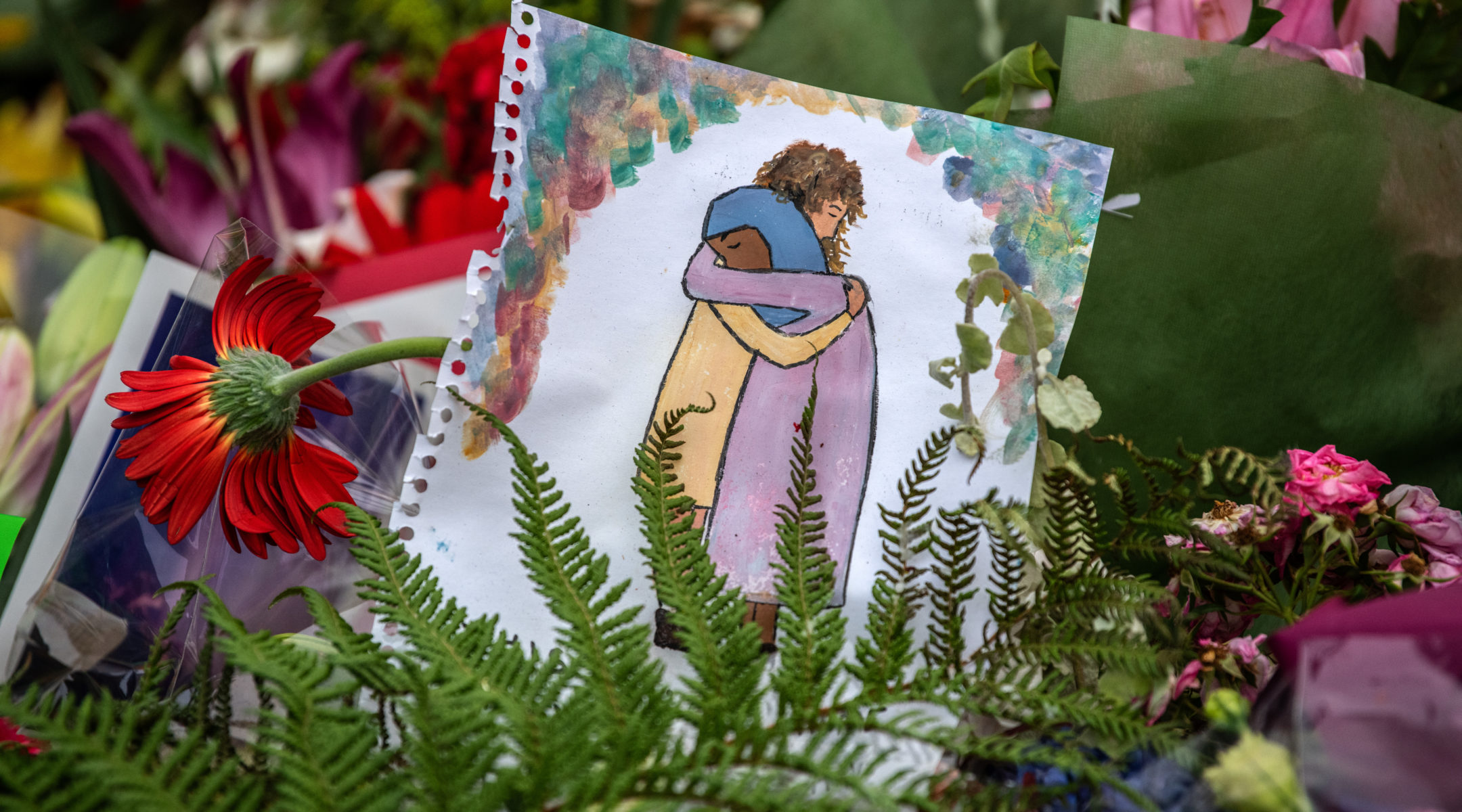 A picture is left among flowers and tributes near the Al Noor mosque in Christchurch, New Zealand, March 18, 2019. (Carl Court/Getty Images)
Advertisement

(JTA) — Jewish communities from New Zealand, the United States and Australia gave $700,000 to the families of victims of the March attacks on two mosques in Christchurch where a total of 49 people were killed.

Members of the Jewish Federation of Greater Pittsburgh, a community victimized by a shooting at a suburban synagogue that killed 11 worshippers in October, were among the major donors.

“Our faith has a shared Abrahamic tradition, and Jews and Muslims have both suffered persecution and racism historically, and unfortunately still do today,” Stephen Goodman of the New Zealand Jewish Council said. “The Jewish community, both in New Zealand and overseas, wanted the victims of the mosque attacks to know that we see them, we empathize with them, and we support them.”

The money is being distributed by the Christchurch Foundation.

“An attack on one faith is an attack on us all,” Vic Alhadeff, the chief executive of the New South Wales Jewish Board of Deputies, said Wednesday at a meeting at which the donations were given to the families.

Ibrar Sheikh from the Federation of Islamic Associations New Zealand said: “The Jewish and Muslim community in New Zealand already have a long history of collaboration, but this wider gift of support from the global community is very gratefully received.”

Some of the funds will be allocated for interfaith purposes.

Visitors were taken on a tour to the attacked mosques.

The attacks in Christchurch and Pittsburgh were carried out by far-right extremists.