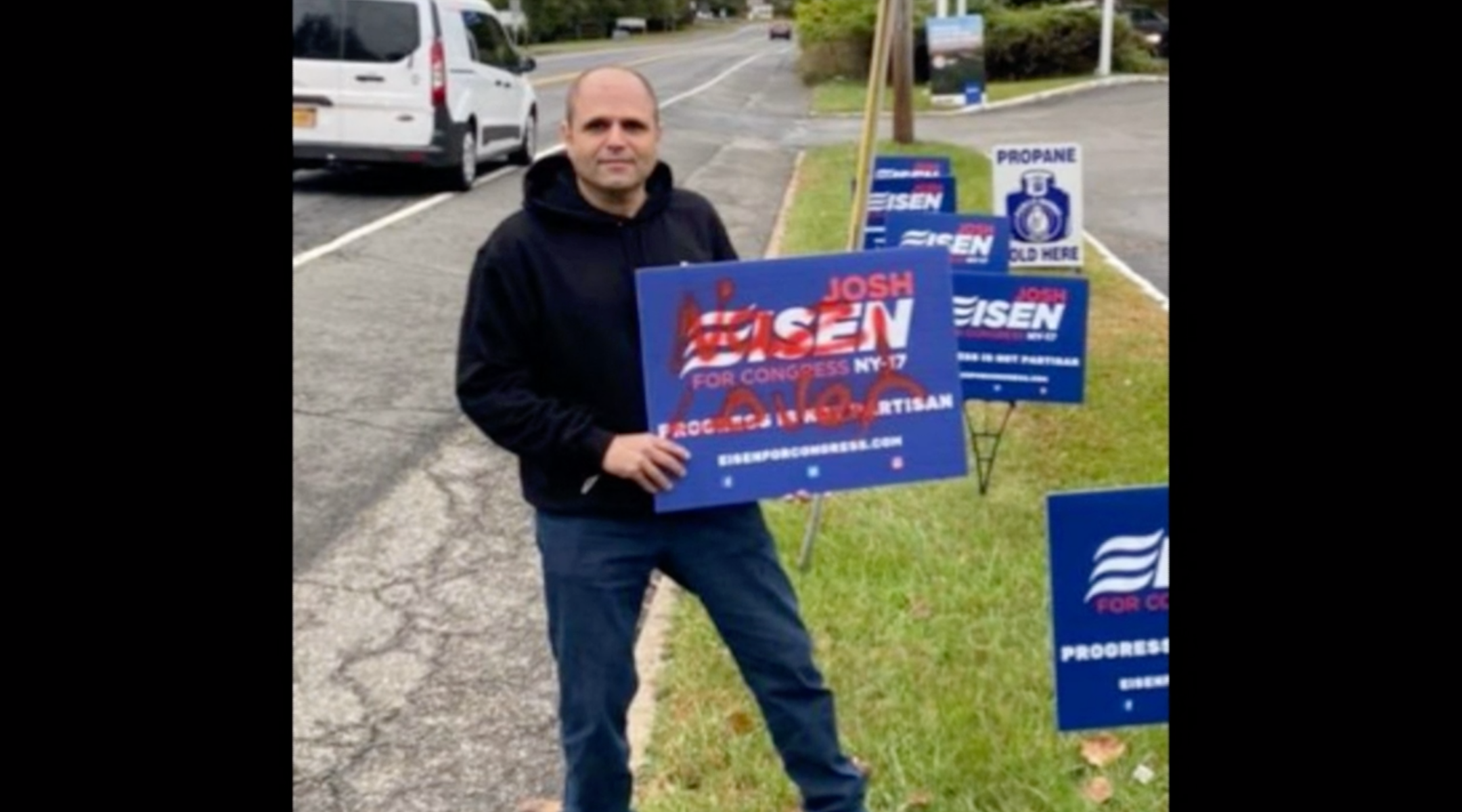 At least one sign supporting Josh Eisen’s campaign was tagged with the words “Nazi lover,” according to News12, a local station in Westchester County.

“I wouldn’t think someone would have to go through some criminal proceeding over this, but someone needs to understand this is unacceptable and despicable,” Eisen said.

Eisen is running as an independent to represent New York’s 17th congressional district, an area north of New York City that covers Rockland County and part of Westchester and has a large Jewish population. The solidly Democratic district is currently represented by retiring Democrat Nita Lowey, who is Jewish.

The congressional race is expected to be won by the Democratic nominee, Mondaire Jones, whose campaign spokesperson said in a statement to News 12 that they “wholeheartedly condemn all hate” and “take all acts of anti-Semitism very seriously.”

Eisen originally ran as a Republican but withdrew from the primary after facing allegations of racism and inappropriate conduct. According to evidence from a past lawsuit reported by City & State New York, he has used the n-word in emails and once wrote to the wife of a legal opponent that she would “bathe in the warm semen of Mengele,” a reference to Nazi doctor Josef Mengele.