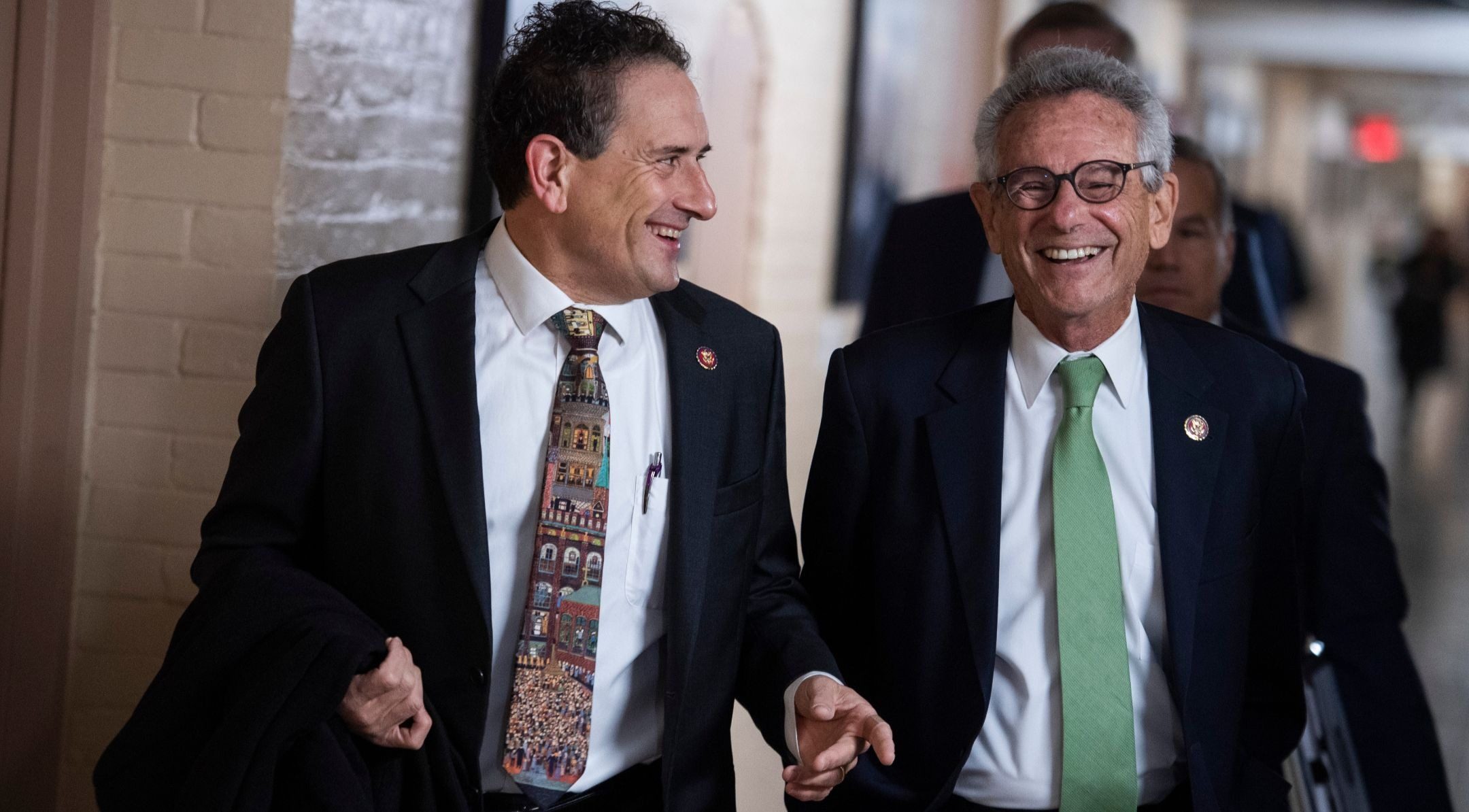 “Our concern is both with the substance of your plan, which will exacerbate and entrench conflict rather than resolve it, and with the timing of its release,” said the letter, initiated by Andy Levin of Michigan and Alan Lowenthal of California. Another seven Jewish Democrats also signed.

Democrats at first were cautious to criticize the plan, crafted by Trump’s son-in-law Jared Kushner and released last week, in part because it restored the terminology of “two states.”

But a number of Democrats have now expressed concern at the fractured, multi-enclave Palestinian entity that is at the heart of the plan’s proposal, and at its green light to Israel to annex about 30 percent of the West Bank.

“While your proposal uses the language of statehood for Palestinians, it provides far less than an actual, viable state,” said the letter sent Thursday and first reported by Jewish Insider.

The letter also faults the peace team for not consulting with Palestinians, and for releasing the plan just ahead of Israeli elections next month, in what they suggested was a bid to boost the prospects of Trump ally Israeli Prime Minister Benjamin Netanyahu.

“Releasing the plan now appears to be an inappropriate intervention in a foreign election,” the letter says.