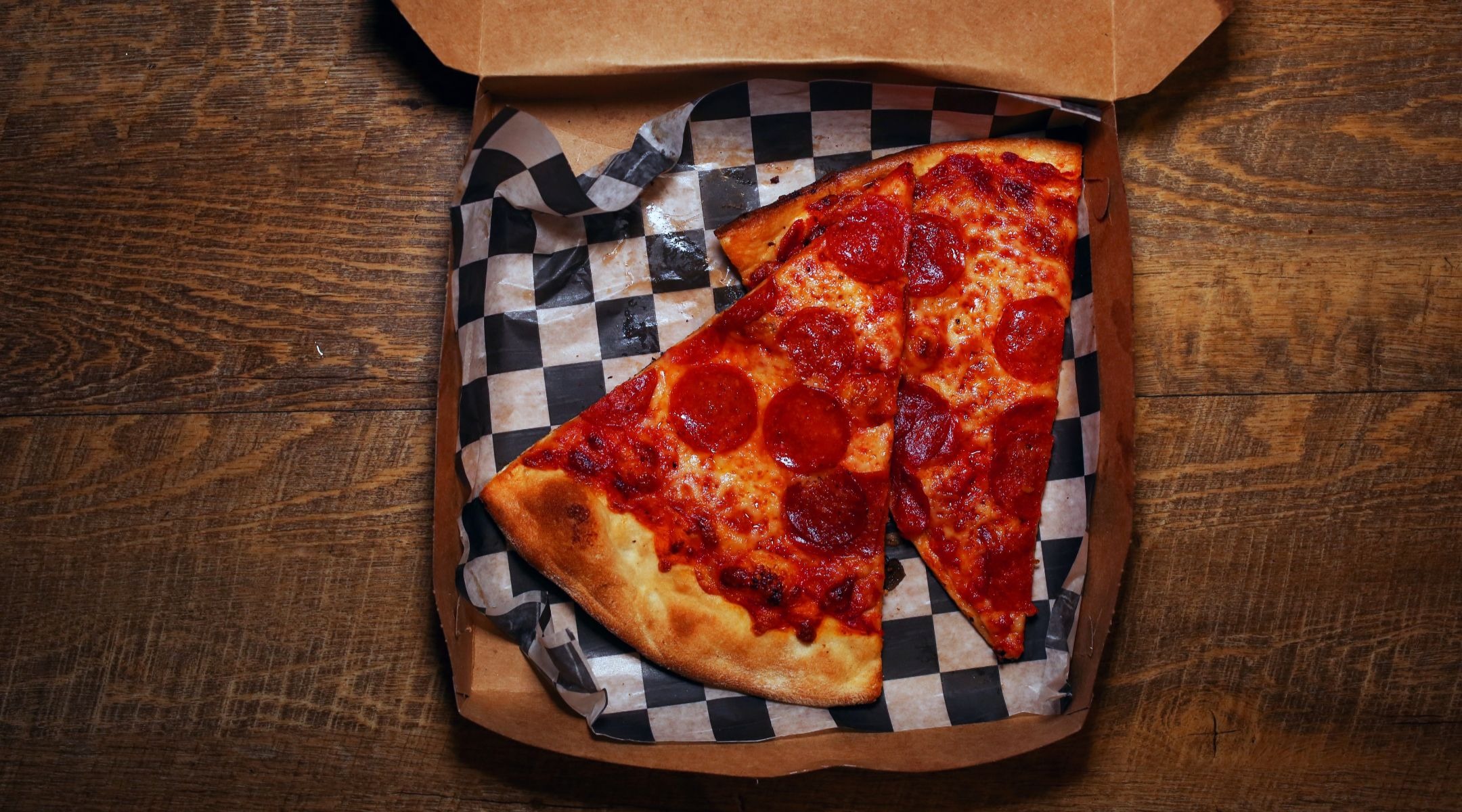 A high school football coach and his staff in Canton, Ohio, are in hot water for disciplining a Jewish student by forcing him to eat a pepperoni pizza. (Amanda Andrade-Rhoades/For The Washington Post via Getty Images)
Advertisement

(JTA) — A high school football coach in Ohio and seven of his staff have been suspended for punishing a Hebrew Israelite student-athlete by forcing him to eat a pepperoni pizza in violation of his religious commitment to keep a kosher diet, according to a report from Cleveland 19 News.

The 17-year-old student at McKinley High School in Canton, Ohio, was being disciplined for missing a weight lifting session on May 20, said Edward L. Gilbert, an attorney for the boy’s family.

Four days after missing practice, Coach Wattley Marcus and other coaching staff presented him with a pizza topped with pepperoni, chosen because it includes pork.

“They order him to go into the gym. He sits in a chair,” Gilbert told Cleveland 19 News. “There is a pizza box on the floor. He picks up the pizza — they tell him he has to, as punishment, eat that whole pizza.”

The student’s religous identity and his avoidance of pork were known to Coach Wattley Marcus and other coaching staff, according to Gilbert.

“I mean it just crosses a line on every level, it’s just wrong,” Gilbert said.

Canton City School District released a statement saying it was investigating the incident and would announce its findings soon.

“The incident calls into question whether appropriate team management, discipline, and player accountability infrastructures are in place,” the statement says.

Correction (June 4): After this story ran, The New York Times revealed that the student is a Hebrew Israelite, not Jewish.