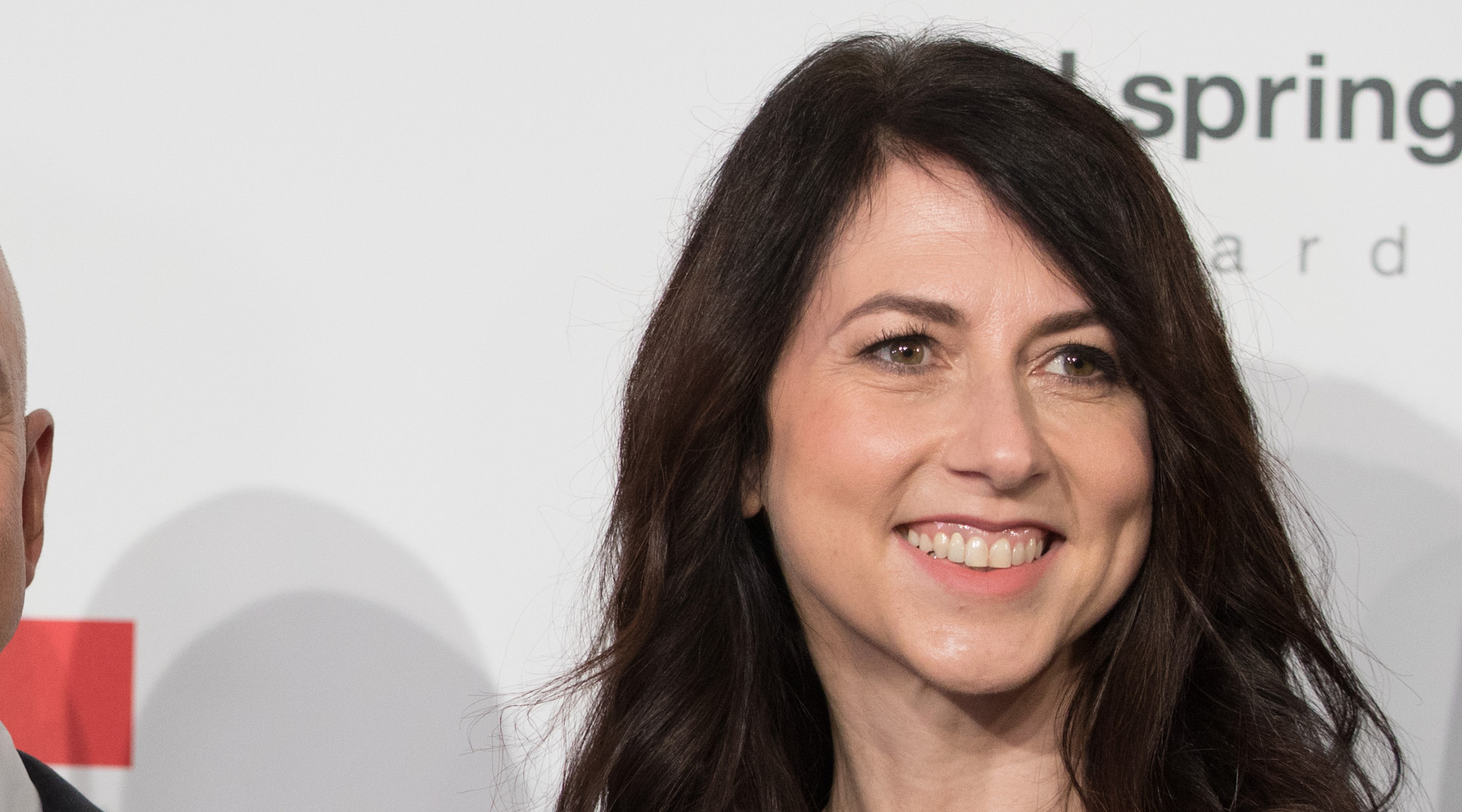 (JTA) — Three Jewish nonprofit organizations will receive a slice of the latest $2.74 billion in grants handed out by MacKenzie Scott, philanthropist and former wife of Amazon founder Jeff Bezos.

Scott and her husband Dan Jewett announced Tuesday that they were distributing new funds to 286 different organizations, bringing  Scott’s total charitable giving since July 2020 to $8.5 billion.

The latest grants include Scott’s first to Jewish groups. The three Jewish grantees are Maryland-based HIAS, which advocates for and gives aid to immigrants and refugees; Repair the World, a community service and social justice organization based in New York; and Afrika Tikkun, an aid organization founded by the chief rabbi of South Africa after the end of apartheid there.

“Because community-centered service is such a powerful catalyst and multiplier, we spent the first quarter of 2021 identifying and evaluating equity-oriented non-profit teams working in areas that have been neglected,” Scott said in her announcement about the grants. “We chose to make relatively large gifts to the [organizations], both to enable their work, and as a signal of trust and encouragement, to them and to others.”

Scott didn’t spell out why she gave any particular group or how much each had received.

Repair the World released a statement announcing a $7 million “unrestricted” gift from Scott that will help get more young people involved in community service and advocacy on humanitarian and civic issues.

“Mackenzie Scott and Dan Jewett’s generosity and vision validates the investments of Repair’s generous funders, and their gift is a clear challenge and invitation to do even more: more service, more partnerships, and more investments to elevate and expand service in American Jewish life,” said Cindy Greenberg, president and CEO of Repair the World.

Meanwhile, HIAS announced it had received “a transformational grant” from Scott.

“HIAS has been broadening our programmatic, advocacy and geographic reach to help people find safety, welcome and opportunity wherever they are,” said Mark Hetfield, president and CEO of HIAS. “With this investment, HIAS will accelerate our work to build the platform we need to respond to refugee emergencies wherever they arise and whenever we can help.”