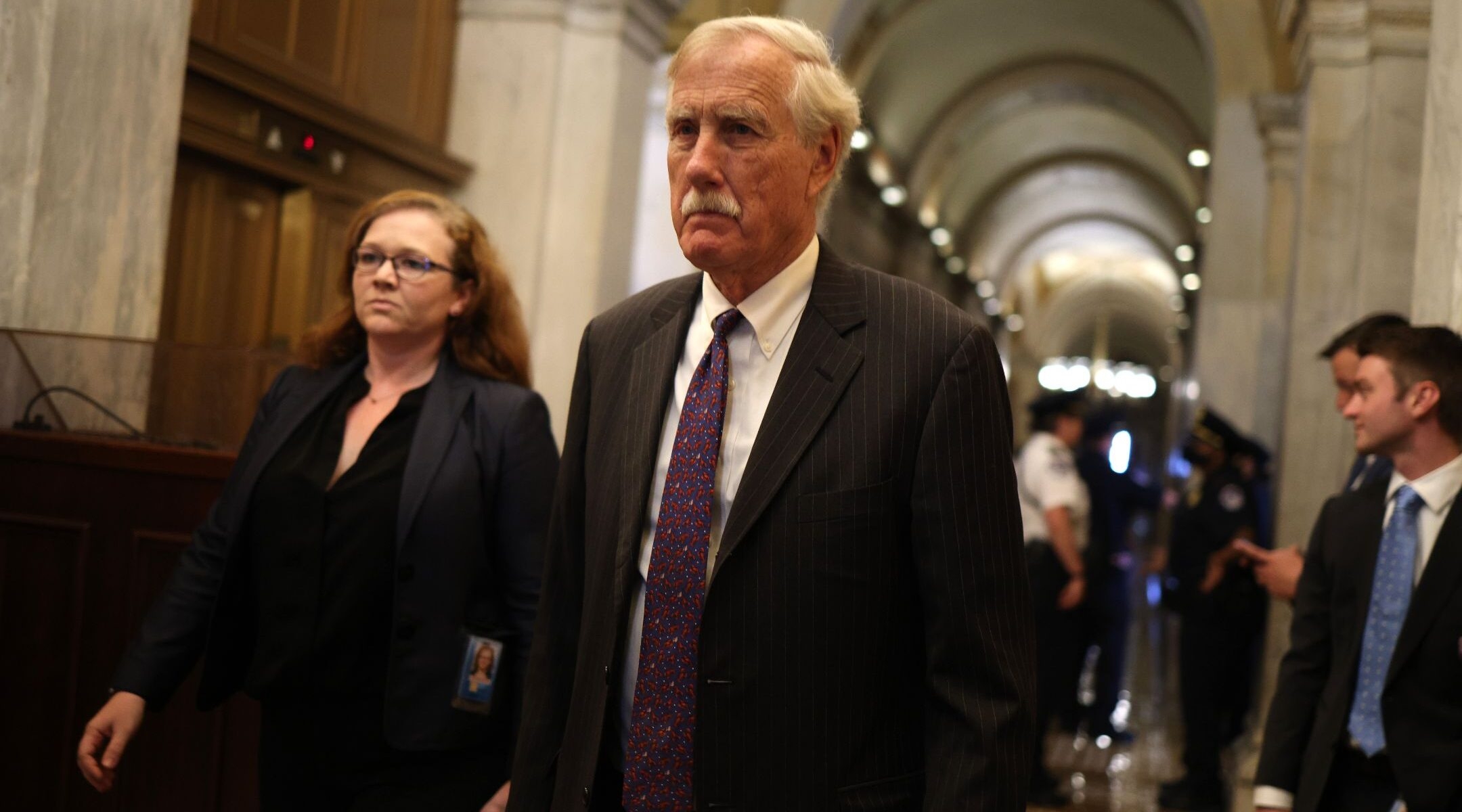 Sen. Angus King of Maine has co-sponsored a bill on donor-advised funds that is facing opposition from nonprofit groups. (Anna Moneymaker/Getty Images)
Advertisement

WASHINGTON (JTA) — Dozens of Jewish organizations are spearheading an appeal by nonprofits to stop a bill that would force the disbursement of donor-advised funds within 15 years.

Jewish federations have become major clearinghouses for donor-advised funds, which allow donors to funnel charitable giving through an existing foundation to a dedicated cause. There now is no time frame for foundations to disburse the donations.

The Jewish Federations of North America spearheaded a letter making the appeal to the leaders of the Senate Finance Committee in response to a bill introduced last month by Sens. Angus King of Maine, an Independent who caucuses with Democrats, and Chuck Grassley of Iowa, a Republican. Dozens of national and local Jewish groups signed on.

Donor-advised funds “are the simplest, most flexible, and most economical way for philanthropists to make these gifts,” said the letter sent Monday to Sens. Ron Wyden, D-Ore., the committee’s chairman, and Mike Crapo, R-Idaho, its top Republican. “They encourage donors and their families to develop long-term giving plans and ensure that charities have the resources to realize their philanthropic visions far into the future.”

The funds provide advantages for the giver and the foundation: The donor gets the tax break up front, even though it may take years for the foundation to disburse the funds, and is spared the headache of setting up a private foundation. The foundation charges administrative fees.

An additional appeal for Jewish groups is how administering the funds deepens a relationship with a donor. For Jewish federations and other Jewish groups, facilitating a donation to a favored non-Jewish cause is seen as a means of keeping the donor interested in Jewish causes.

A number of major Jewish and non-Jewish groups have signed onto the letter, among them the Anti-Defamation League, the Union for Reform Judaism, the American Jewish Committee and the American Red Cross.

King and Grassley, in a release last month, cited nonprofits that back their initiative.

“Charitable dollars ought to be doing the good they were intended for, not sitting stagnant to provide tax advantages for some and management fees for others,” Grassley said in the release. “The reform measures we are putting forward will ensure that the incentives for charitable giving actually result in money going to charities.”