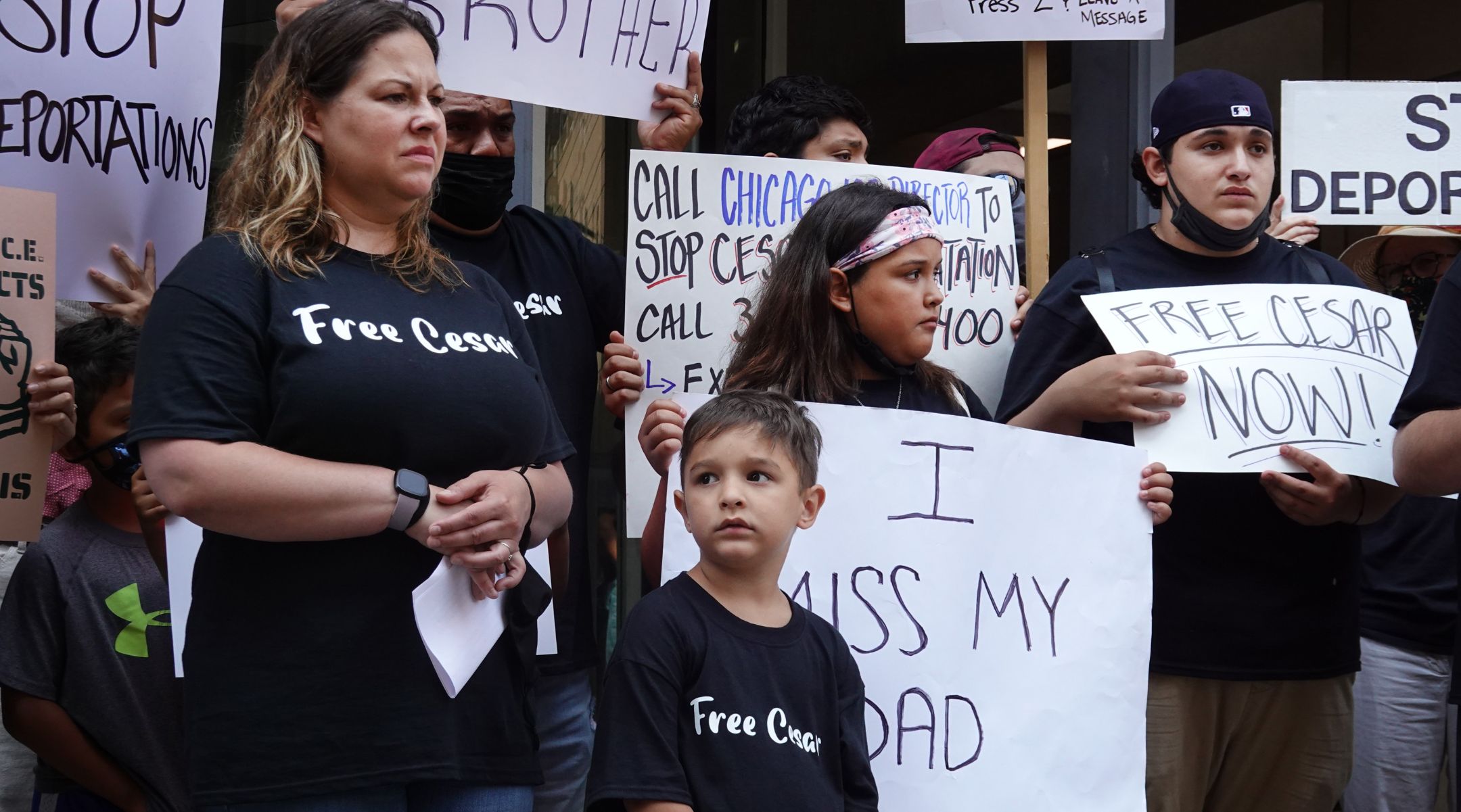 Family members participate in a demonstration to advocate for the release of Cesar Elizarraraz outside of the Chicago ICE Field Office, June 9, 2021. (Scott Olson/Getty Images)
Advertisement

WASHINGTON (JTA) — An array of Jewish groups has called on President Joe Biden and Democrats in Congress to create a pathway to citizenship for undocumented migrants.

In a letter sent Wednesday addressed to Biden, Vice President Kamala Harris, Senate Majority Leader Chuck Schumer and House Speaker Nancy Pelosi, the groups said such a pathway should be included in “in any economic recovery or infrastructure legislation.”

Bend the Arc, a liberal social justice advocacy group, initiated the letter. Organizations representing the Reform, Conservative and Reconstructionist movements signed on along with a number of major mainstream groups, including HIAS, the main Jewish immigration advocacy group.

Others included the Anti-Defamation League, the National Council for Jewish Women, Jewish Women International and the Jewish Council for Public Affairs, the umbrella body for public policy groups.  In addition to 19 national groups, a number of state-level Jewish groups signed.

“Permanent protection for individuals who live under the fear of detention and deportation, as well as the constant threat of exploitation, is not just the moral action but also the most sensible choice,” the letter said.

The letter requests that the pathway be included in a bill that can be passed via “budget reconciliation,” which would not require any Republicans to sign on. “Reconciliation” is a Senate maneuver that allows the majority party — currently the Democrats — to pass measures deemed spending bills without first gaining the 60 votes needed to bypass a filibuster.

Notably the letter is not addressed to the GOP minority leaders in each chamber. Republicans in recent years, and particularly since the Trump presidency, have vigorously resisted pathways to citizenship for undocumented migrants.

It’s not clear whether the Senate parliamentarian would allow a pathway to citizenship to be included in a spending bill. The parliamentarian has nixed previous such efforts to bypass the filibuster.