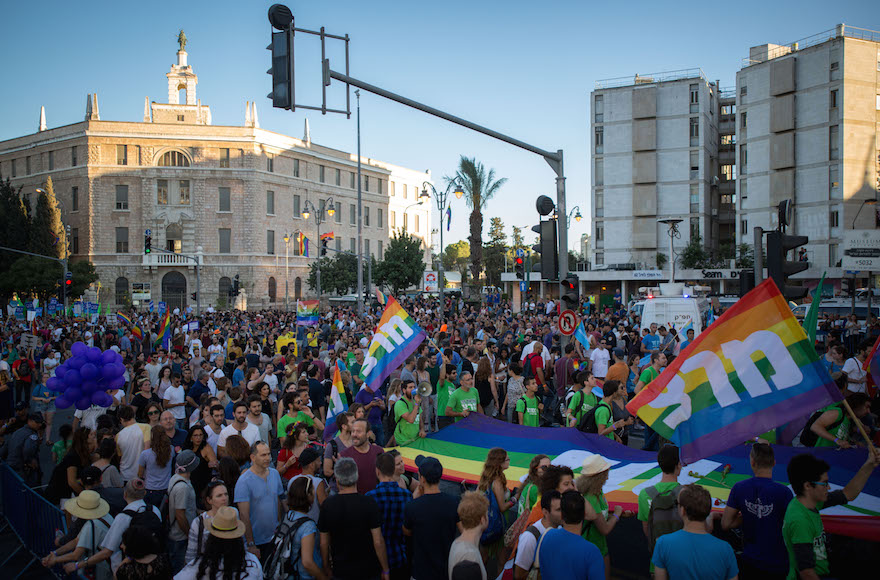 Rabbi Rafi Peretz, the leader of the Union of Right Wing Parties that includes Jewish Home, Jewish Power and the National Union, made the remark in an interview with Israel’s Channel 12. Peretz, an Orthodox rabbi, is the former chief military rabbi of the Israel Defense Forces.

LGBT people have the right to live their lifestyle in private, he said, but they should not express their sexuality in a large public display.

“The LGBT people want to live the way they want to, and I’m not going to tell them otherwise,” he said. “But on the national level, attempting to change the character of the Jewish homeland, for a person who identifies as a religious Zionist like me, that’s inappropriate.

“Let them live how they want to live. I don’t think we have to make a parade out of it. … I don’t like dogs in my house. Not to compare, yes? I’m just giving an example. So should I make a parade for them [dog lovers]?”

He apologized in a tweet shortly after the interview.

“In response to the question about the gay pride parade I failed in my language in a way that presumably is going to hurt many people. Immediately after I said it I took back the phrasing, and I once again deeply apologize. It’s clear that this apology will not prevent tonight’s headline that will intensify baseless hatred, and I very much regret that. I respect every person as he is and don’t intervene in anyone’s private life.”