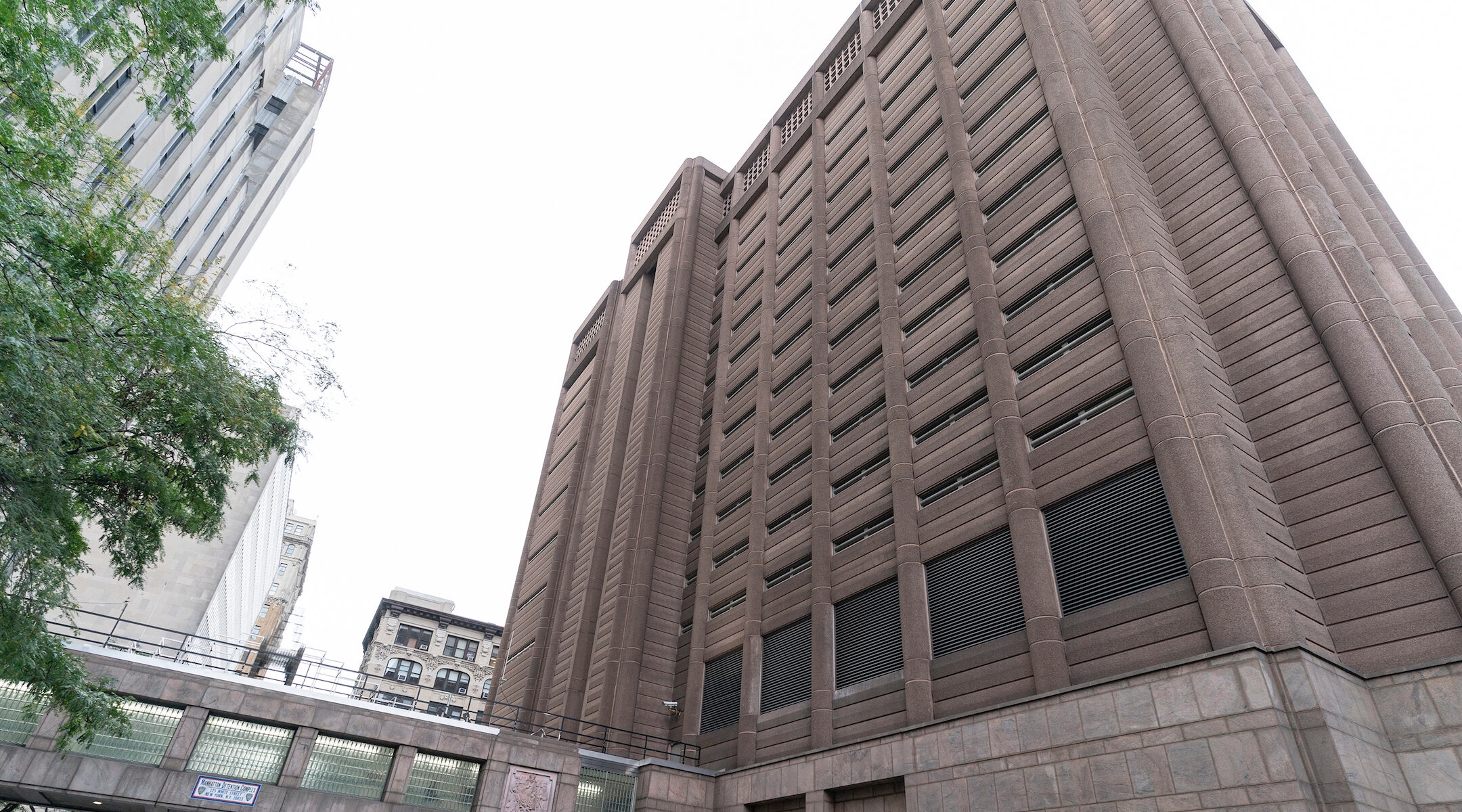 A view of a detention center in the Manhattan borough of New York City. (Lev Radin/Pacific Press/LightRocket via Getty Images)
Advertisement

(JTA) — Lawyers seeking to expand vaccine eligibility for prisoners in New York state are citing the case of an elderly Jewish inmate who died of COVID-19.

Ira Goldberg, 72, a Brooklyn native who was serving a seven-year minimum sentence for burglary at the upstate Woodbourne Correctional Facility, died on a ventilator on Jan. 4. He suffered from chronic obstructive pulmonary disease, emphysema, asthma, chronic renal failure and high blood pressure, according to his lawyers.

“He was legitimately very scared for his life and deeply concerned that the prison seemed to have no idea what they were doing as the virus spread,” Alexandra Mitter, a lawyer for the Center of Appellate Litigation, told Gothamist, a New York City news website.

Mitter’s group and others are suing and pressuring New York state to give people in its prisons and jails access to vaccines in accordance with guidance from the American Medical Association. A Manhattan synagogue, Congregation Beit Simchat Torah, sponsored a letter signed by 120 clergy pressing New York Gov. Andrew Cuomo to include inmates in the state’s vaccine plan, as 27 other states have done.

New York City jails began vaccinating people age 65 and older on Jan. 6. In state prisons, the 1,100 prisoners 65 and over have not been offered doses, despite outbreaks.

Goldberg had been in and out of prison before being arrested for stealing expensive cameras and handbags from stores in the SoHo neighborhood of Manhattan in 2016. He was one of 12 incarcerated people to die from COVID and nearly 3,000 inmates who caught the virus across the state since the vaccine rollout began, Gothamist reported.