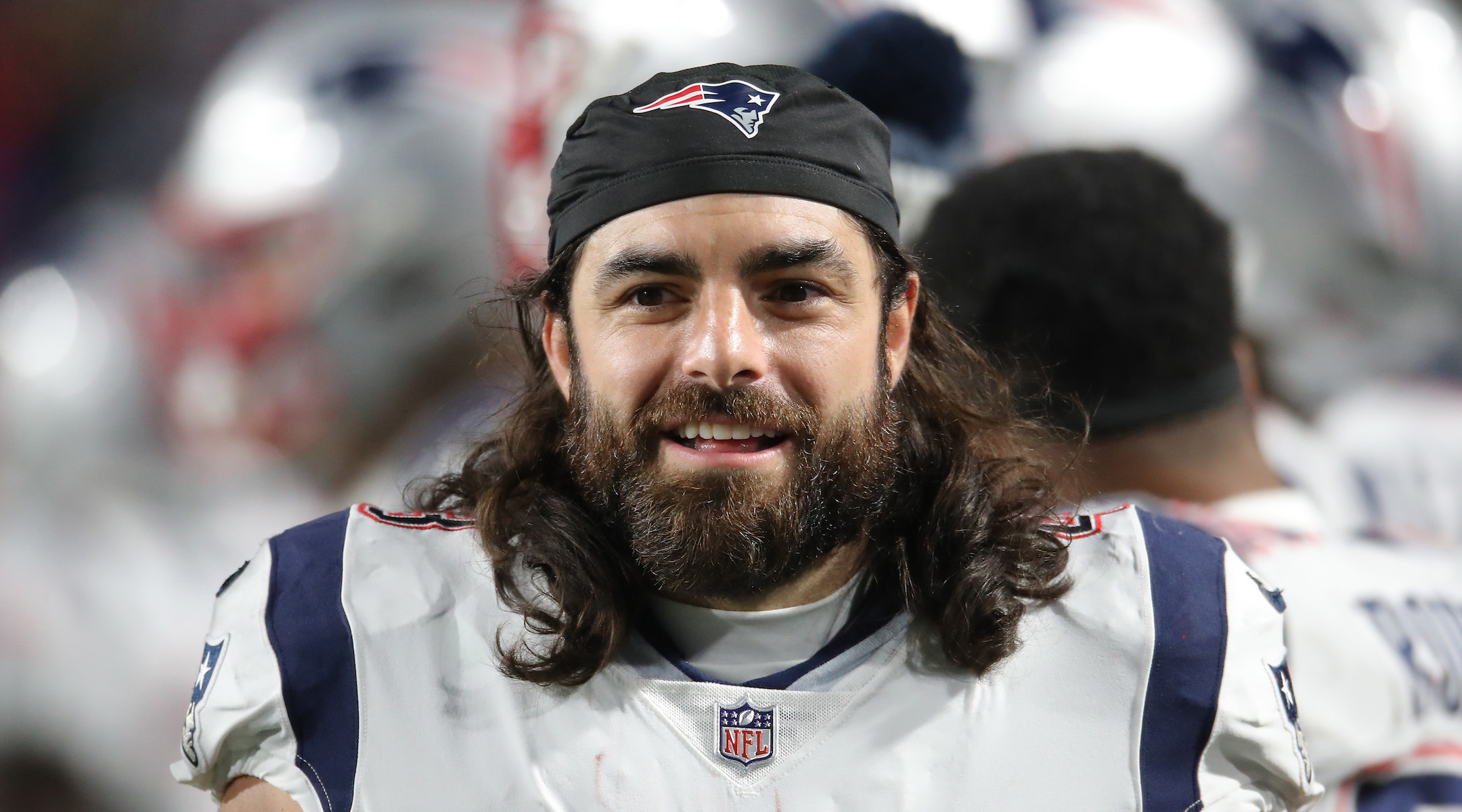 Nate Ebner smiles on the sideline during a game against the Buffalo Bills in Buffalo, N.Y., Oct. 29, 2018. (Tom Szczerbowski/Getty Images)
Advertisement

(JTA) — New England Patriots player Nate Ebner published a moving essay in The Players’ Tribune on Wednesday about his first trip to Israel.

Ebner, a safety and specials teams player who has won three Super Bowls with the Patriots since entering the NFL in 2012, went with a few teammates and his aunt on the trip, which was sponsored by the team’s owner, Robert Kraft.

Ebner wrote that the trip brought back memories of his late father, who represented the United States in rugby at the Maccabiah Games in the late 1980s.

“My dad was Jewish and he made sure that I was raised Jewish,” he wrote. “Basically, from a young age, my dad had definitely made a point to instill in me the importance of my Jewish heritage.”

Ebner brought his aunt — his father’s sister — on the trip, which was also her first to the Jewish state.

“I knew having her there would truly complete the experience, but it would also be something that would have made my dad really happy,” he wrote.

Ebner, 30, became the first-ever active NFL player to participate in the Olympics as a member of the U.S. rugby team in 2017.