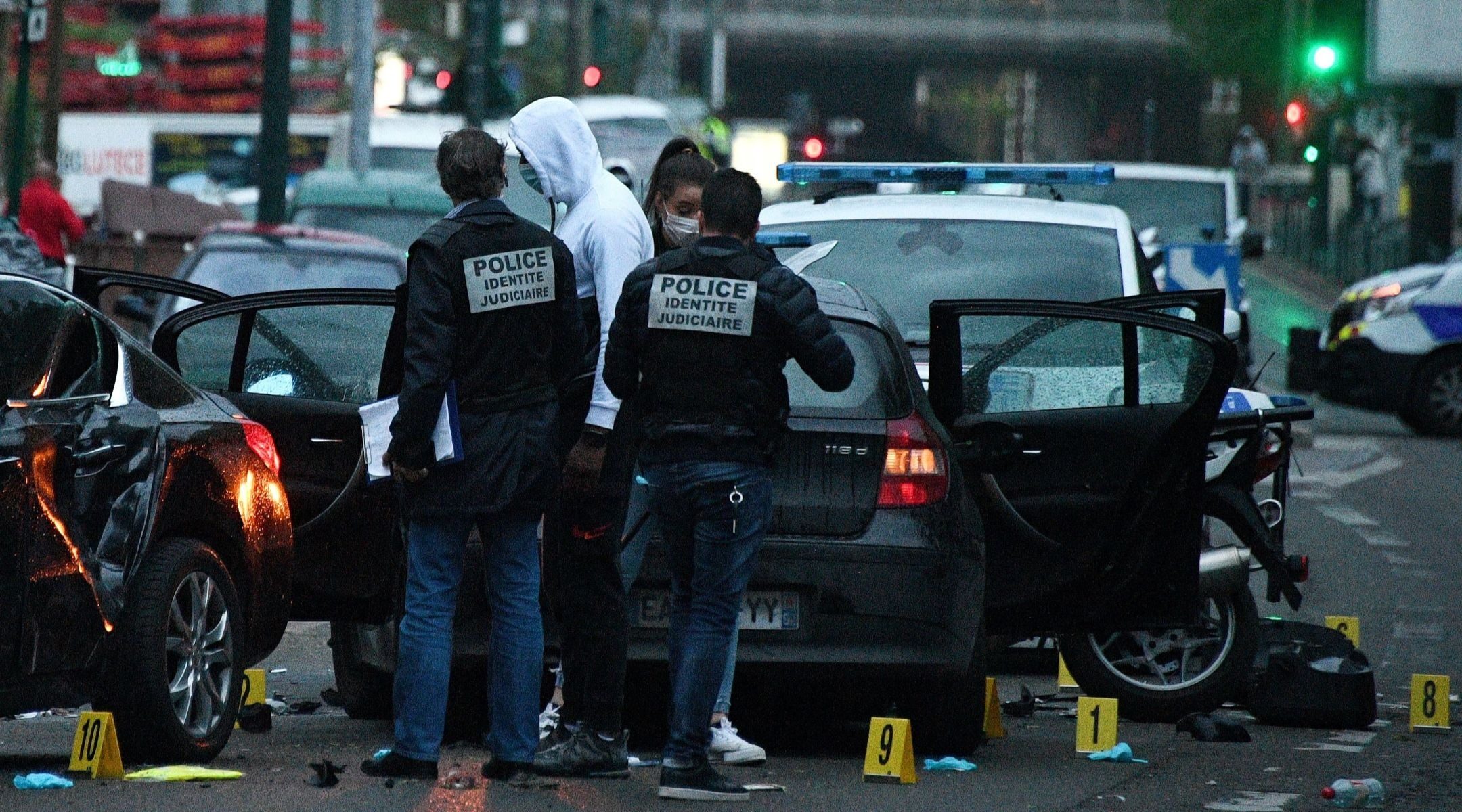 French police officers at the site of a car-ramming attack in Colombes, a suburb of Paris, that injured two police traffic motorcyclists, April 27, 2020. (Franck Fife/AFP via Getty Images)
Advertisement

(JTA) — A Jewish police officer in France found swastikas and the words “dirty Jew” scrawled on his locker at his police precinct.

The officer, who is part of an elite unit headquartered at the Vélizy-Villacoublay municipality southwest of Paris, discovered the text on Feb. 4, Le Parisien reported Wednesday.

The National Bureau for Vigilance Against Anti-Semitism, or BNVCA, a Jewish community watchdog contacted by the officer about the incident, said the culprits are likely fellow police officers.

The Jewish officer filed a police complaint and the incident is the subject of an internal probe.

Sammy Ghozlan, the founder of BNVCA and a former police commissioner, called the incident “extremely serious,” as it undermines the Jewish community’s trust in the police, he told Le Parisien.

“Police officers are entrusted with protecting citizens in the fight against all forms of racism and anti-Semitism,” he said.