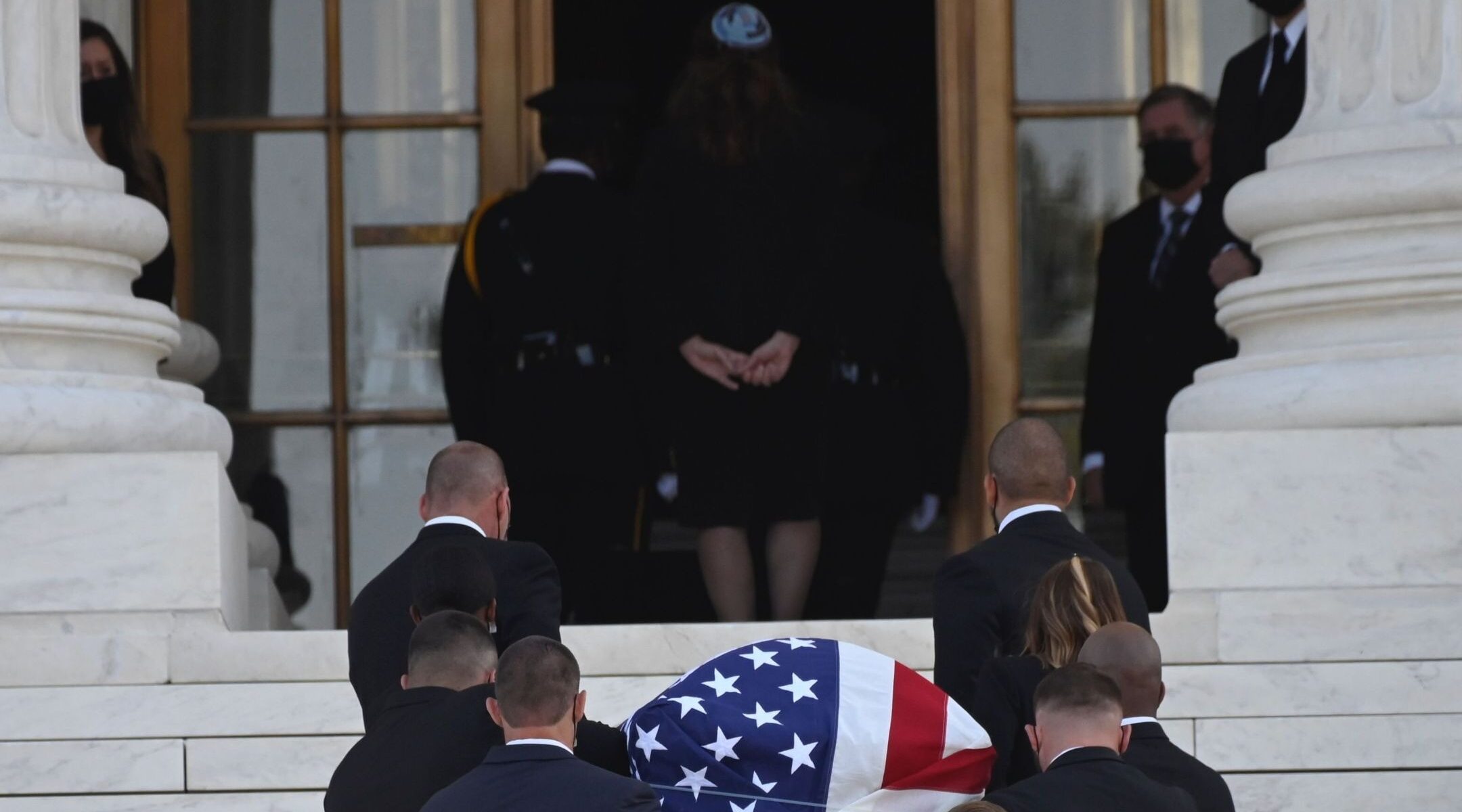 WASHINGTON (JTA) — A rabbi recited psalms and said the traditional prayer for the departed as the Supreme Court launched its formal mourning of Justice Ruth Bader Ginsburg on Wednesday.

Rabbi Lauren Holtzblatt of Adas Israel, a Conservative congregation in Washington, opened the memorial at the court with a Jewish service.

“This was Justice Ginsburg’s life’s work, to insist that the Constitution deliver on its promise that we the people would include all the people,” Holtzblatt said of Ginsburg, who died Friday at 87. “She carried out that work in every chapter of her life as an advocate arguing six times before this court for equal treatment for women and men, as a judge on the D.C. Circuit court, and as a justice on this court.

“And as a path marking role model to women and girls, of all ages, who now know that no office is out of reach for their dreams. Whether that is to serve in the highest court of our land, or closer to home for me, as the rabbi of their community. Nothing could stop Justice Ginsburg’s unflagging devotion to this project. Not even cancer.”

On a crisp blue sky morning, Holtzblatt began the service with psalms and ended with El Malei Rachamim, the prayer about a merciful God traditionally said for the departed.

“Ginsburg’s life was one of the many versions of the American dream,” he said. “Her father was an immigrant from Odessa. Her mother was born four months after her family arrived from Poland. Her mother later worked as a bookkeeper in Brooklyn. Ruth used to ask, ‘What is the difference between a bookkeeper in Brooklyn, and a Supreme Court justice?’ Her answer: one generation.”